Dropping a humongous explosive on a useless target, then defending that action as being useful, is not a demonstration of peerless strength. According to some sources, the ISIS “tunnel complex” may have been occupied by a couple hundred people. So, yeah, it makes a lot of sense to drop a city-killer on them.

But, as a show of power, it begs the question: “weren’t you already incapable of keeping them from building the tunnel complex?” This is the same problem, exactly, that the US had in Vietnam: it could drive its enemies underground using superior air power, and could win every stand-up fight, but – so what? The enemy wasn’t interested in stand-up fights, and could come and go where they wanted. In military terms “come and go where you want” means “control the battlefield.” Dropping GPS-targeted bombs from high altitude is a tacit admission that we can’t send troops in on the ground because they’re not safe. 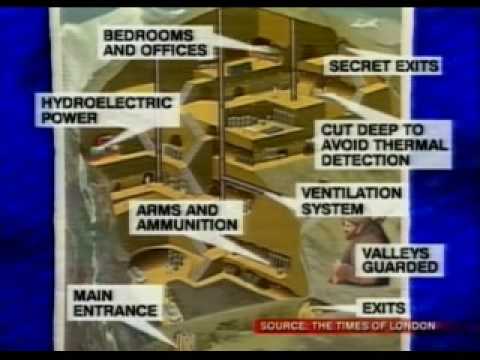 To any of us from the Vietnam generation, we immediately recognize this as “body counts” redux. What happens, when you’re losing a war, is the losers (who are supposed to be winning, and who are being paid to win) start coming up with metrics that make it more plausible for them to say they are winning. Body counting inevitably leads to body count inflation, which leads to counting 14 year-old civilian boys as militants, which leads to atrocities. I’m not trying to say “atrocities coming!” because they’re already there and already happening, but there’s always worse: the US military inevitably wants to switch to area bombing, when it has otherwise lost control of a situation. It’s the safest thing you can do that appears to be doing something.

My friend Sazz [stderr] fought around the Vietcong tunnels at Cu Chi. I don’t write “he fought in the tunnels” because only a very small number of Americans went down in them; the rest waited up top to see what happened. One of the things he said was that the tunnel complexes were extensive, but also pretty small and shabby. They weren’t the kind of things Americans would build, with a Burger King and a Starbucks’ 14 stories down, and air conditioning and power generators – they were little hidey holes and they weren’t worth a damn thing to anyone; conqueror or conquered. That’s what the MOAB blew up.

When the invasion of Afghanistan was still brewing, the US marketed the idea that Osama Bin Laden had built gigantic terror complexes under Tora Bora – multi level, hydroelectric powered, and huge. Of course, such complexes did not exist. 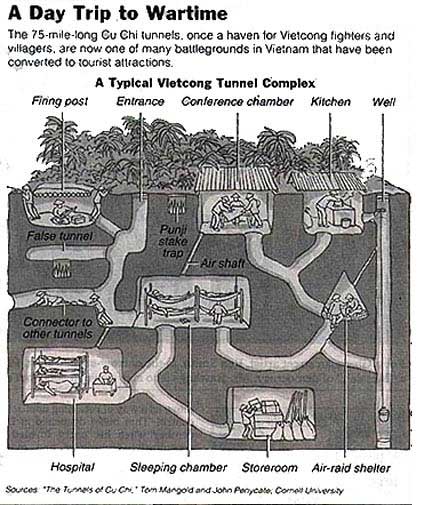 They have never existed, unless you’re thinking about the complexes politicians build to hide from their mistakes. The gigantic MOAB probably collapsed some simple dirt tunnels (because ISIS is sure as hell not tunnelling in stone) The Vietcong at Cu Chi didn’t defend the tunnels when the Americans found them: they left and went elsewhere. The ISIS survivors of the MOAB are already gone to elsewhere, and they’ve added a few recruits from the local population, because the Americans have demonstrated what ruthless assholes we can be.

In Vietnam, the US “tunnel rats” went down into the tunnels with .45s and knives and grenades. The tunnels weren’t very big but US soldiers controlled the ground above the tunnels so they could do that. In Afghanistan, the US has already ceded the landscape to ISIS and the Taliban.

If we don’t control the landscape, we’ve lost the war. Time to be leaving, not time to be dropping experimental ordnance and mugging for the cameras like some kind of reality TV show.

A bit about how the MOAB works: it’s a fuel/air explosive. The idea is to aerosolize something that burns extremely fast (nitrated alcohol and aluminum, for example) and then give it a little while to spread and settle, then you ignite it. The resulting extremely fast combustion destroys everything in the area, and consumes all the oxygen; everything that’s got lungs is dead. It’s bizzare to me that the US is bragging about using fuel/air explosives to do area bombardment, at the same time as it’s complaining about Assad’s regime using Sarin gas. I guess that, because the fuel/air explosive gets in your lungs and explodes, that’s somehow OK compared to Sarin that gets in your nervous system and jams its signalling pathways? Both are horrible deaths that give the victim a brief while in which to contemplate what is coming. It’s as if the American regime is going out of its way to be as hypocritical and vicious as possible. 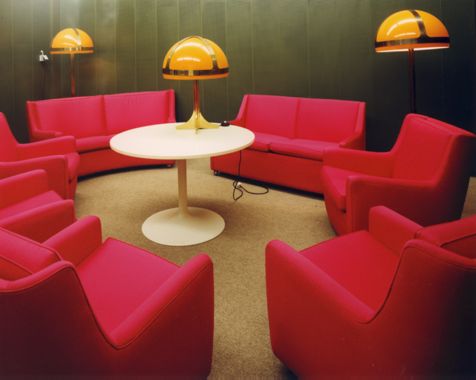 This is a picture of one of the executive conference rooms in the Dienststelle Marienthal, a “continuity of government” shelter – i.e.: a hole in the ground where politicians thought they could run and hide if they started a nuclear war. [Magdanz]

Whatever the ISIS tunnels were that they wasted the MOAB on, they were not like this.

When I learned about Marienthal, through Magdanz’ amazing book of photos, I tried for years to get permission to visit. Apparently it’s all closed down now, because keeping it in good enough condition for the lights to work, etc, is prohibitively expensive. 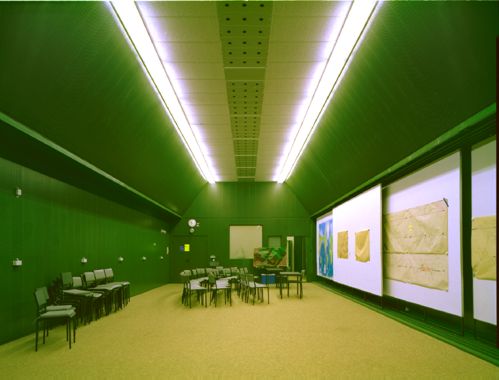 Remember this: This is how politicians expected to live, after they had fled the consequences of their errors, and left the rest of us to burn in nuclear fire.