A poster over at Charles Stross’ diary made a comment about nazis[1] that stuck in my mind for days, because he’s very right:

And we’ll do it again if we have to.

I quite agree. I’m very happy that I didn’t have to fight in the last big war against nazis; two of my relatives did (uncles a couple times removed) that I know of. One died in the ball turret of a liberator bomber on his way to drop high explosive on (well: probably civilians) nazis. Another one got holed through the turret of the sherman tank he was standing up in, by an 88mm gun that was covering one of the roads in Holland; I assume and hope neither of them ever knew what hit them. I do not descend from warrior elite – but I’m related to warriors that showed up. 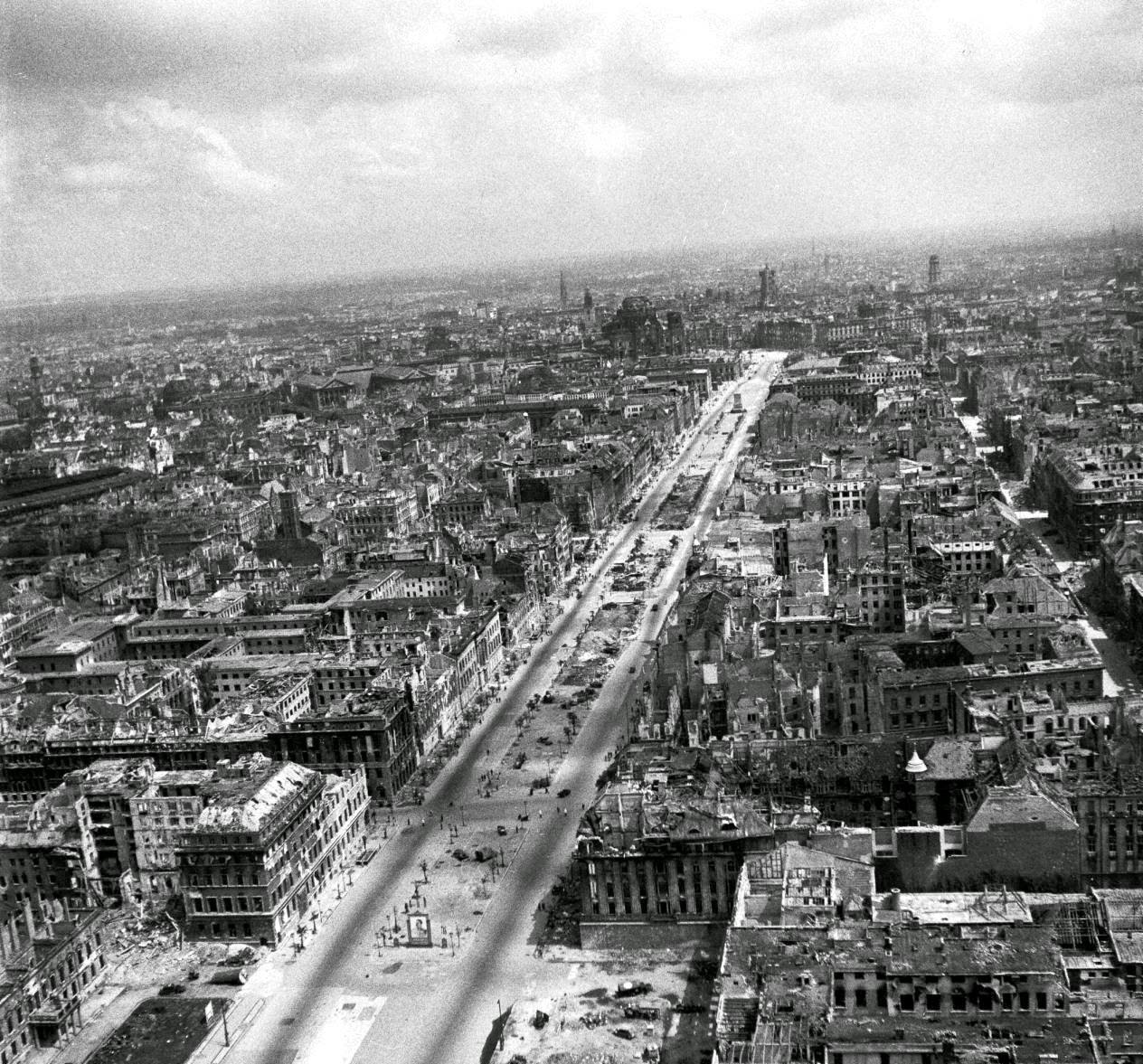 What nazism did for Berlin – oppose nazism early and often!

The last time the nazis got all fired up and excitable, Hitler’s attempt to make Germany Great Again ended with The Red Army flattening Germany so convincingly that a lot of the dust was crushed, and even the rubble was burned.  Yes, nazis did a lot of damage, but their thousand-year reich didn’t even last 12 years. I’m puzzled when I hear about people who want to stand up and try that again, because there obviously was an important plurality of agreement against their position. Santayana’s comment may need to be something like, “history oughtn’t have to repeat itself, if you listen the first time.” The same to the American racist core – and let me speak frankly: America is racist at its core – last time they held a rifle-and-bayonet referendum on white supremacy, they found themselves vastly outnumbered and outgunned because people got together and killed racist assholes. “It’s not racism, it’s heritage”? Well, it’s a heritage so repugnant that a lot of people’s ancestors stomped a boot-sized hole through your racist ancestors’ asses showing them what a bad idea they were promoting. When I see idiots traipsing around with confederate flags I just think “Sherman was no Zhukov. Because there is still an ‘American South’.” 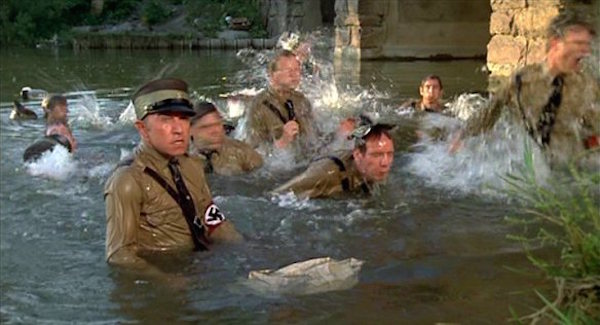 The only thing I can conclude when I watch today’s nazis is that maybe eugenicists have a point: because these blockheads don’t appear to be capable of learning. What they tried last time was a lot more effective than what they’re trying this time. At least they probably won’t even manage to get enough support that we have to root them out with bayonets and flamethrowers again. But the bayonets and stuff are still right there, ready to hand. It’s as though the nazis think they’re the only badasses in the world or something. But when I see the questionable specimens of racial superiority that the white supremacists manage to bring forth for their marches, I don’t see the waffen SS. I see civil war reenactors, weekend warriors, and mall ninjas, straggling down peaceful American streets in groups wearing big red cross-targets on their backs. I’m pretty sure that Lyudmila Pavlichenko could account for half of them single-handed (and in terms of numbers, she practically did), they’re silly and they’re not scary at all. But then, even the waffen SS wasn’t particularly scary to The Red Army once they got rolling. Did I mention that The Red Army didn’t like nazis?  Here’s a problem, American nazis: when The Red Army doesn’t like you, you will not be happily reiching along. What is your plan, American nazis, to keep from getting squished like a grape (again) in the gears of history?

I know that there is a resurgence of amoral fascism going on in the world. We cannot dismiss it as just a passing phase, even though it is. It’s either going to pass the easy way, as fascism once again reveals that it’s short on ideas and racism doesn’t solve economic problems – or it’s going to pass the hard way. Because fascism is short on ideas and racism doesn’t solve economic problems, those approaches don’t result in world-conquering war-winning powers. You’d think that Sherman’s march would have explained the nature and depth of their defeat to the white American South, as you’d think that The Red Army’s drive on Berlin convincingly demonstrated the downside of hitlerism: no brick left standing on another.

So I’m puzzled when I see multiple-time draft dodger Donald Trump being treated as though he’s the reincarnation of Hitler. For one thing, Hitler did actually look the monster in the eye in WWI; he lived through the meat-grinder of Ypres. Trump? I can state with certainty that Trump is not even a strategic genius of the caliber of Hitler; and Hitler sucked. The problem with nazis (and confederates) is that their sense of rightness is misplaced and that always leads them to strategic blunders. Look at Trump: I’m not saying he’s not dangerous (because he is) but he’s not even making strategic blunders; he’s too busy making tactical blunders to have a strategy at all. If I were a Trump-worshipping nazi I’d be thinking “this asshole is pied pipering us over a cliff.”

So, hopefully, the nazis will goose-step about for a while and everyone else won’t have to mobilize massively to kill them again. Hopefully their shortage of ideas will slowly give way before a dawning realization of history. Ideally, there will be a coherent and educational push from the oppressed classes (a push not requiring a bayonet at the end) that might actually get the oppressed fascists to realize that they have common cause with their enemies: after all, this whole thing is a class struggle in which the rich have divided the poor and the working class against itself. Hopefully the “left” will teach, and the nazis will learn, and realize that there’s a difference between scaring people and really pissing people off.

We’ll do it again if we have to.

The Hardcore of Yore: Lyudmila Pavlichenko » « Essence of Dog