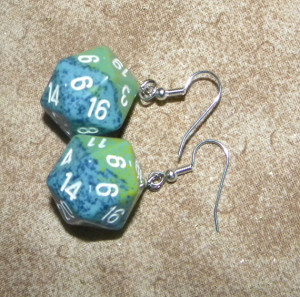 9 – Don’t do anything
10 – Bloviate
11 – General act of sleaze
12 – Fire someone
13 – Threaten to sue
14 – Furious Tweet
15 – D6 Furious Tweets
16 – Insecure boast about size of hands / verisimilitude of “hair” / popularity
17 – Ban the ethnic or religious group involved from the country
18 – Everyone says so folks, everyone says so.
19 – Pander to lunatic fringe (roll D6 – 1-2 Free Market Fundamentalists, 3-4 Evangelical Christians, 5-6 Nazis)
20 – Incandescent Tweet
21 – Ask Twitter what to do, do that
22 – Settle out of court then deny ever settling out of court
23 – Threaten to invade somewhere
24 – Ban random minority group from the country (roll on chart in main rulebook or GM’s choice)
25 – Appoint random dangerous idiot to sort it out
26 – Tweet of Apoplectic Rage
27 – Insult Rosie O’Donnell
28 – Ride roughshod over constitution, get congressional Republicans to defend it.
29 – Ask Steve Bannon what to do, do that
30 – Sulk
31 – Determine what Obama would do (roll on Obamachart in 2009 Democrats and Demagogues supplement, p.215) then do the opposite
32 – Embarassing press conference with cheap props
33 – Ask Vladimir Putin what to do, do that
34 – Call nearest journalistic outfit Fake News
35 – Use situation to further dodgy business venture
36 – Grope nearest woman in vicinity
37 – Apocalyptic Tweet of Distilled Fury
38 – Ask hairpiece what to do, do that
39 – Roll three times on this chart, applying all results however inconsistent.
40 – Respond in a vaguely sensible manner to the issue (re-roll at Mike Pence’s discretion).

If you fail your saving throw, roll 1D4 and roll that many times on the Trumptable. Then string the Trumptable rolls together into a semi-coherent narrative that must fit in 140 characters or less. I.e.:

Build a wall around it, grope nearest woman, fire someone.