I’ve always been interested in naval hijinks, mostly because navies are the premier means of “projecting power” for nation-states.* And, of course, gathering intelligence as well. The US’ military has a huge emphasis on naval force-projection because of the logistics of having a navy: a carrier task force group is a movable city with its own inner supply chain. As mentioned elsewhere, you can tell a lot about the purpose of a nation’s military by its force structure.

It was studying the US Navy, back in the early 00’s, that led me to adopt my current view of the US: that it is an undeclared imperial power based on using military and economic power to open countries’ economies to its political and financial elite. The US’ leaders, its financial elite, don’t need to wear crowns and ermine; after all, if they wanted that stuff they’d have Hermès make it custom for them: they want a navy that can keep the seas open for US trade and deliver bomb-loads more or less on target when any regime needs to be swapped out for one that’s willing to negotiate a better deal. The US Navy expects to be able to go anywhere, and do pretty much anything, and even god can’t help you if you get in its way.

The recent kerfuffle about the Chinese taking a US Navy “research” drone is just a recent incident. This stuff has been going on for a long time and will continue to go on. Hopefully the US Navy won’t get itself into another “friendly fire” incident, see imaginary torpedoes, and start another major war that gets a million people killed.

The USNS Bowditch, the ship whose drone was taken, has been in encounters with the Chinese for some time, including in 2001:

On 23 March 2001, the hydrographic survey ship USNS Bowditch (T-AGS 62) was conducting routine military survey operations in China’s claimed exclusive economic zone(EEZ) in the Yellow Sea when it was “aggressively confronted” by a Chinese Jianheu III–class frigate and ordered to leave the EEZ.
Being an unarmed naval auxiliary vessel, Bowditch changed course and left the area as instructed. A few days later, the U.S. embassy filed a strongly worded diplomatic protest with the Chinese Ministry of Foreign Affairs, and Bowditch returned to the area of the encounter, this time with an armed U.S. escort, to continue its mission. (Source: [1]) 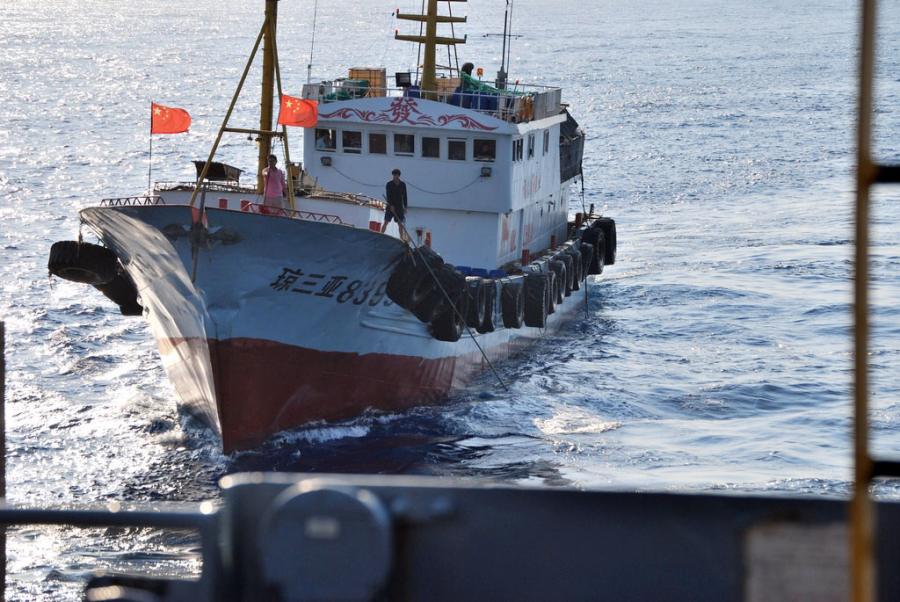 Another incident occurred when the USNS Impeccable** was confronted by Chinese coastal militia ships while it was towing a SURTASS around in the South China Sea. SURTASS is Surface Towed Array Sonar System: it’s a gigantic cloth-covered*** string of microphones that listen for submarines. Various reports of the incident are deliberately opaque, such as the one cited in [1] – the Chinese ship pulled in front of the Impeccable, forcing it to stop, and Chinese seamen attempted to capture the SURTASS. No doubt that would be a fairly valuable trophy, which is, no doubt, why the USN freaked out. By the way, the USN’s description of the Chinese ships is alternately a “Frigate” and a “Trawler” – the clear intent is to make it sound as though big tough military ships were sent to harrass a poor wee little US Navy research ship. Actually, the Impeccable completely dwarfs the Chinese trawlers.

The Impeccable incident is not a minor incident – deliberately blocking a much larger ship’s path, in international waters, is dangerous; if the emergency stop hadn’t been commenced fast enough, there might have been a collision. But the descriptions of the incident make it sound like the Chinese ships’ actions were a great big surprise, but in fact the Chinese ships had been shadowing the Impeccable for some time, including getting to within 50 feet -at which point:

The US response has been that what it’s doing is legal and that it is being harrassed. I’m not qualified to judge the complexities of maritime law,**** but I do feel obligated to point out that the US does similar stuff when the mysterious antenna-laden Russian trawlers show up outside of US ballistic missile sub bases: 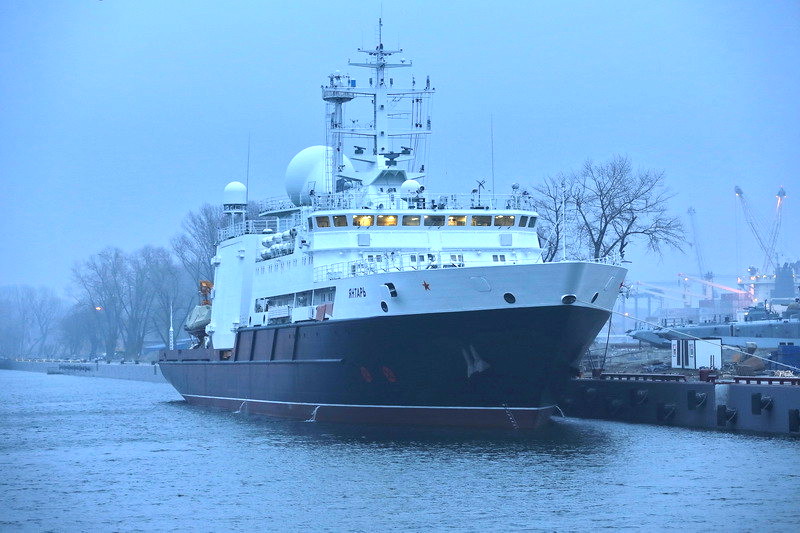 The Yantar sure has got a lot of antennas

A Russian intelligence ship, capable of cutting undersea communications cables and other sensors, has been spotted by the U.S. military off the coast of Kings Bay, Ga., home to the U.S. Navy’s East Coast ballistic missile submarine fleet.

U.S. military satellites have been tracking the Russian spy ship since it was spotted in the north Atlantic last month and slowly began transiting toward its next destination — Cuba.  A senior military official said the ship is now about 300 miles off the coast of the U.S., as it heads toward the island.

Another senior defense official told Fox News that while the Pentagon is tracking the Russian intel ship, the Russian ship “remains in international waters.”

When asked if the U.S. had similar spy ships off the coast of Russia, he answered, “Of course we do, what do you think all those ‘oceanographic ships’ are doing, studying whales?” (Source: Fox News) 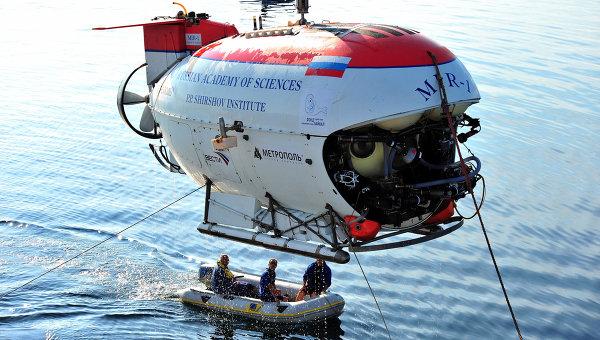 Of course the Russian ship is “capable of cutting undersea cables” because it has Evil Russian Drones, whereas the US ships in the South China Sea have Good Democratic Drones.

A second defense official said the Yantar’s mission is not only to prepare to disrupt underwater communications. The ship is also part of a Russian underwater reconnaissance program to identify undersea communications trunk lines and nodes. (Source: [3])

The Yantar is, some say, suspected of cutting Syrian data communications – or, rather, patching something into them. Yes, that’s certainly a possibility. Want to guess where the Russians learned that trick? 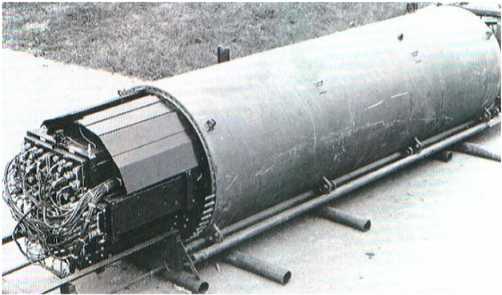 In 1971 the US sent the USS Halibut, a modified submarine, down 400 feet to the bottom of the Sea of Okhotsk, and installed a tap on the Soviet Navy’s communications cable. There’s some description of the incident in “Blind Man’s Bluff” and it sounds amazingly scary and foolishly brave: the Halibut nearly got stuck on the bottom. Need I mention that this was all deep inside Soviet territorial waters?

I’m not saying any of this is “right” or “wrong” or anything that simplistic, but I certainly understand why the Chinese are not really thrilled to have US “military research” ships nosing around off their coastline. The US doesn’t respect anyone’s territorial borders unless it’s convenient for us to do so – which is to say that the Yantar had damn well better not come one millimeter into US territorial waters or it’s probably going to get intercepted and shaken down. The bullshit level about what’s going on in the South China Sea is intolerable, to me – it’s the US getting its nose out of joint about its desire to maintain full-spectrum dominance in the land, sea, air, space, and networks. Forgetting (or pretending to forget) that China has been colonized and invaded by European or European-sponsored imperial powers, repeatedly, ignores the obvious sensitivity of the issue.

Those of us who’ve studied The Cold War all know stories of how close the US and USSR came to nuclear war, over political mis-steps – many of which were a result of intelligence-gathering operations. In order to gather data that turned out to be useless, many lives were lost, and several times the entire world was at risk. The premise of democracy is that government acts on behalf of the people, in the people’s interest. None of this stuff serves the people’s interest at all; it’s dangerous and pointless attempts to attain dominance for its own sake.

Since this posting is about naval hijinks, I am not going to go into anything about the various aerial espionage operations the US has been running along the China coast, and how the Chinese have reacted to them. If you remember the whole Gary Powers/U2 incident: it’s deja vu all over again.

When I was a kid I was an avid reader of National Geographic. My grandparents had saved every issue – there was an entire wall of National Geographic, and whenever I was there, I’d start at the beginning and read my way toward the end. Decades later, when I started studying the activities of US intelligence, I was horrified to realize that many of the articles in National Geographic were cover for espionage. Today, I know the names of those programs, and their purpose, but as a kid, I just thought it was super cool that the US was catching space capsules containing monkeys and research equipment, using long cables towed in a loop between aircraft. Etc. The deep sea diving rescue/mixed-gas research National Geographic covered: that was all prep-work for Operation Ivy Bells. 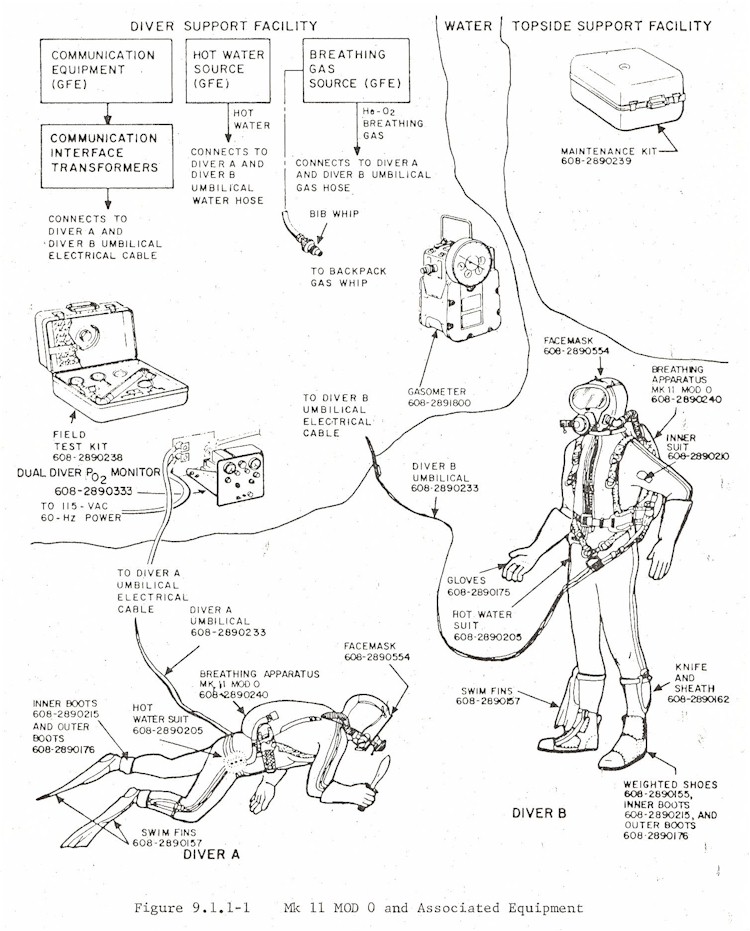 If you think Operation Ivy Bells was the only subsea tap the US has deployed, you are probably dangerously optimistic.

(* Massie’s “Floating Castles” is a really good read if you’re curious about the importance of navies in state-craft.)

(*** And, according to the friend of mine who once gave me a 25# block of “left over” silly putty, it’s padded with borosilicate..)

[2] Journal of National Security Law and Policy: The True Lies of the Impeccable Incident

Motherboard: Could a Russian Ship be Messing With Syria’s Undersea Cables?

About Subs: The USS Halibut SSGN-587