Watching the formation of the Trump cabinet, and how the new government beds itself down with the police state, there’s going to be a lot of passive observation to do. And, unless you’re in the train-wreck, you’re going to need some popcorn. Thus: popcorn recipes! 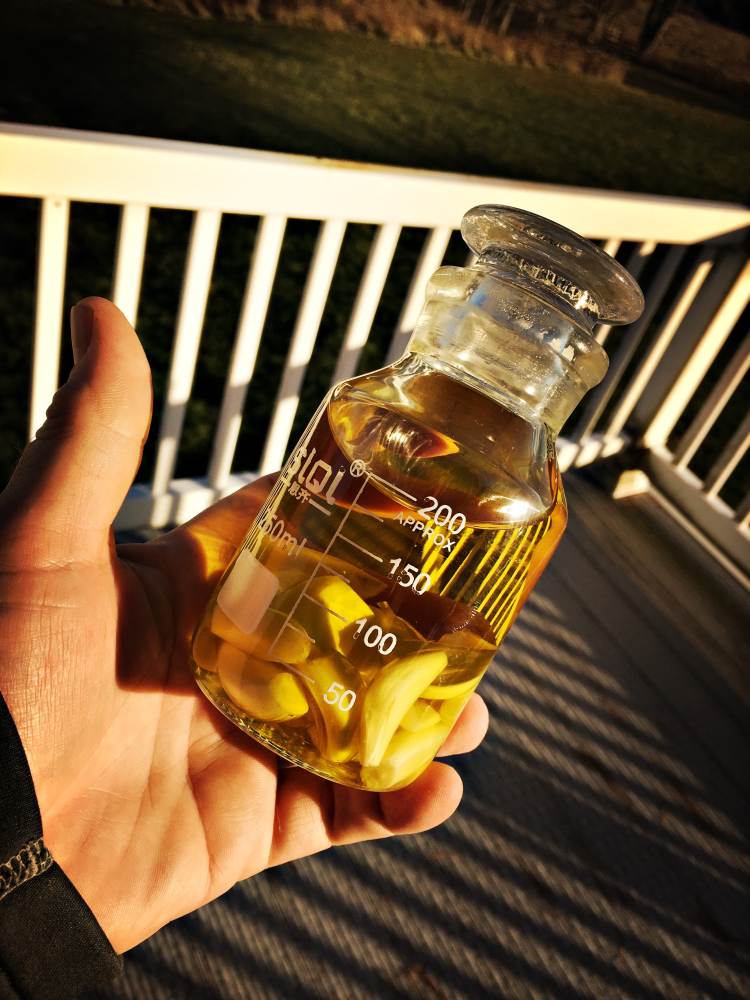 I got into the habit of making these whenever I have fresh garlic left over from making a pizza (or whatever)  – just garlic and olive oil, sometimes a teeny bit of shredded white truffle.

Once you let it sit for a while, it’ll throw a kind of cloudy sediment; that’s OK too as far as I can tell. If it smells nasty, don’t eat it. I do a sniff test before I use any of it. I believe that there is a very slight chance that this room temperature oil approach may result in botulism.* It’s insanely rare and it sounds like a good way to avoid any more US election cycles. So, you’re at your own risk, don’t sue me and say “Marcus told me to do this.” No, Marcus told  you how to do this, that’s a different thing entirely.

I make my popcorn in an air popper, add 50/50 butter and garlic infused olive oil and lots of crushed salt. It works for me.

Other things you can do:

I have a salt grinder that is dedicated to sriracha salt. Put the salt in then top it up with 2 moisture absorbent packs to keep the sriracha from getting gummy.

One of my friends used to say I do most of my crafts as an excuse to collect vintage packaging and lab glass. I thought that was a perfectly mean thing to say – imagine telling someone the truth like that!!

(* I am aware that you can’t smell botulism. But there are other things that are vastly more likely, that do smell.)