There’s a trope going around, lately (i.e.: since 2016) that goes something like:
Person A: says something critical of democrats
Person B: (rageflail) If you don’t support democrats you’re setting us up for another Trump, and you’re killing the planet! You’re probably a Bernie Bro!

That’s the two party system at work: the political landscape is bounded by minority-rule fascists on one end, and a squabbling, incompetent, bunch of patsies in the more-or-less center. The republicans are outright sadists, enacting legislation that goes directly against the interests of the brainwashed gomers that voted for them. The democrats relaxed placidly in their role of “the only alternative” and worked on important issues like: settling scores, and pretending to believe corrupt fossil Susan Collins who was pretending to believe Brett Kavanaugh, etc. The democrats have been reaping the dragon’s teeth they planted in their own caucus when they decided that “we’ll run anyone who says they’re a ‘democrat’ and has a chance of getting elected!” We have to watch them pretending to believe that it simply never occurred to them that there might be stealth agents in the staff. Basically, Susan Collins is pleading stupid (she believed a stack of candidates who everyone knew were put in line for a purpose) and it doesn’t matter because, like fellow butt-pimple Manchin, the political system is rigged to make it effectively impossible to dig them out and replace them. Which gives the democrats another great excuse to wring their hands and say, “we can’t do anything – But, if you give us a lot of money, we will pretend really hard to try really hard, and you’ll fall for it, because you have no choice if you don’t vote for us it’s tantamount to voting for Trump!”

It’s been like watching a chess game, where you can see that one side is going to be mated in 6 moves. 5. Now they’re talking about how they’re going to spend the prize money. 4. 3. Oh, look we’re under threat! 2. 1 and mate. OH MY GOD HOW DID THIS HAPPEN!? Hey don’t complain about our playing, it’s tantamount to voting for Trump!”

This is all so fucking stupid. Everyone knew that the supreme court was being stacked – that is why people complained when Obama’s chance to nominate someone to the bench was taken, with an entirely predictable and obvious maneuver by Mitch McConnell, who has never bothered to be subtle. So democrats had to sit around hoping that falling-apart basket case Ruth Bader Ginsburg would be able to resign at the right time so that the court-stacking could be counter-stacked, or something. Except Mitch McConnell, predictably, did not play fair. Waah, waah, waah. We’re supposed to pretend to be surprised, because if we don’t pretend to be surprised, we have to point a finger at the democrats and ask them why they’re such epic losers

Sure, “not all democrats” applies. There are a few bright lights. Lights that Nancy Pelosi is going to make damn sure she snuffs out, because they had the impertinence to not do things the way the democrat party does things (i.e.: the fail way)

But let’s call all that water under the bridge, because it was all probably a foregone conclusion, for at least the last decade. Step back and look at the big picture and the “minority rule” the democrats are complaining about, today, is just an election-year “get out the vote” issue. They never did anything about it when they had the chance. Or, perhaps you want to tell me that they never had a chance – in which case, the whole party should pack up shop. Walk out, refuse to pass a budget, let the government implode – whatever – because it has already imploded and, as usual, the democrats are just begging for money and “get out the vote” to put the party’s anointed in place. And they’re going to make the usual stupid choices of who they anoint.

[Note: I am a registered republican, because in Pennsylvania, there’s no worthwhile action in the democrat primaries. I just vote for the republican that is most likely to shit the hot tub.]

Here’s the problem: the democrats are not just fuckups, they’re actively evil too. For example, they made a bunch of noise about the “Green New Deal” – which they knew was never going to pass to any degree, in any way, shape, or form. So they made up a big budget and legislation and ran it up the flagpole because they knew Mitch McConnell was going to shoot it down. He even said that’s what he was going to do. And we’re all supposed to put on our best Susan Collins face and say we’re surprised that the republicans didn’t play nice. Meanwhile, they had no problem at all, tacking on another $30+ billion for the military. The rapidity and smoothness with which the democrats gave the pentagon a whopping pay raise is a huge indication where their priorities lie. Did they try to hold the pentagon budget hostage? Nope. Did they even try to hold the pentagon accountable? Nope. Meanwhile Biden – see if you can parse this – issues a press release that he is thinking about doing some student loan forgiveness. Oh, Joe, say it ain’t so; you’ve been thinking out loud about that for 2 years, now, you worthless worn out popsicle stick. Do it, or don’t do it. But we all know what’s going to happen: they’ll find Joe Manchin just can’t get his mind around that kind of money – in spite of the $30bn they just tossed to the pentagon – we just don’t have the money you know?

The only conclusion I can reach is that the democrats really do think we’re that stupid. They’ve got us by the “you gotta vote for us or Trump wins!” short and curlies, and the entire national political situation is not in the slightest bit a surprise to anyone. 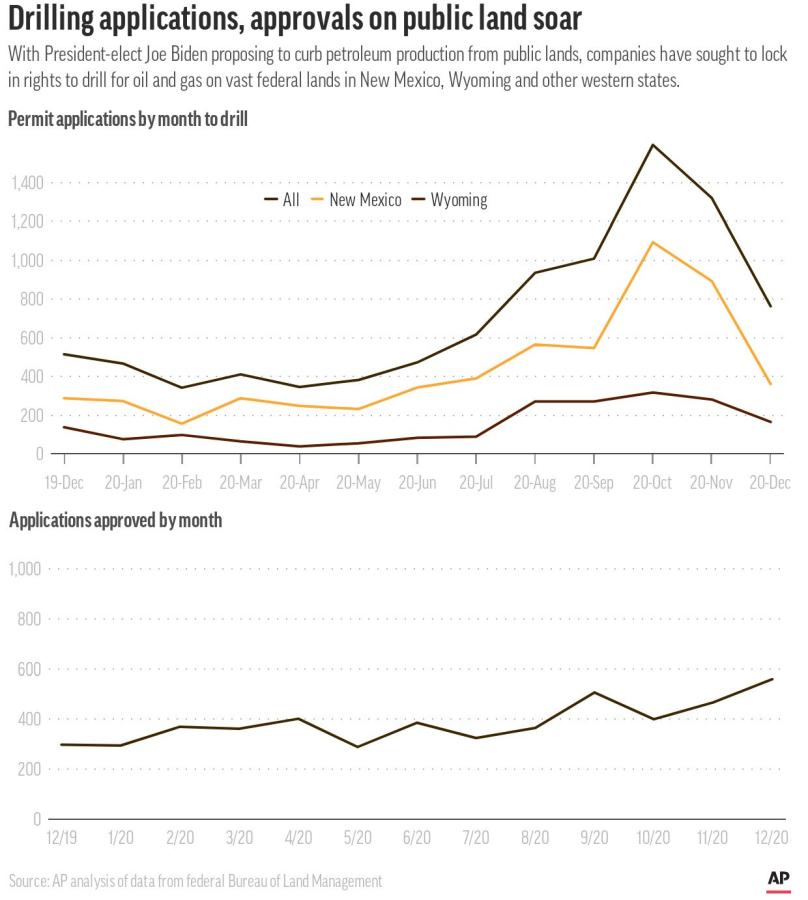 And they’re sneaky lying fucks about it, too. They talk up the infrastructure bill, when anyone who knows what’s going on realizes that it’s “over the top bayonet charge through no-man’s land” material and will never get anywhere. They immediately flipped, desperate to score some points, and added fossil fuel subsidies for Joe Manchin. I’m furious about that, of course, but I’m purple like an eggplant with rage at the fact that they tried to hide it from the suckers that put them in office. Not only that, but Biden sneakily started re-issuing drilling leases for government land, while talking about the Green New Deal, the Bidenites have been doing their bit to make sure that the planet we live on will be an uninhabitable hellscape. Biden is even “thinking out loud” about going to Saudi Arabia to give MBS a rimjob and prostate massage in return for: the Saudis pumping more fucking oil. Biden made a big deal about stopping the Keystone pipeline, and then stealthily approved a whole other Canadian pipeline (Line 3). He’s “thinking out loud” about how he might withdraw federal approval, but I guess Joe Manchin hasn’t called him and told him what he believes, today, yet.

This is a time where there is one opportunity that the democrats had (and they blew it) namely to invest in alternate energy, stop subsidizing fossil fuels, and load renewables onto the grid. Hell, even invest in nuclear and fusion. Invest in gerbil wheels full of methamphetamine-crazed squirrels – whatever.

Look at the writing on the wall: 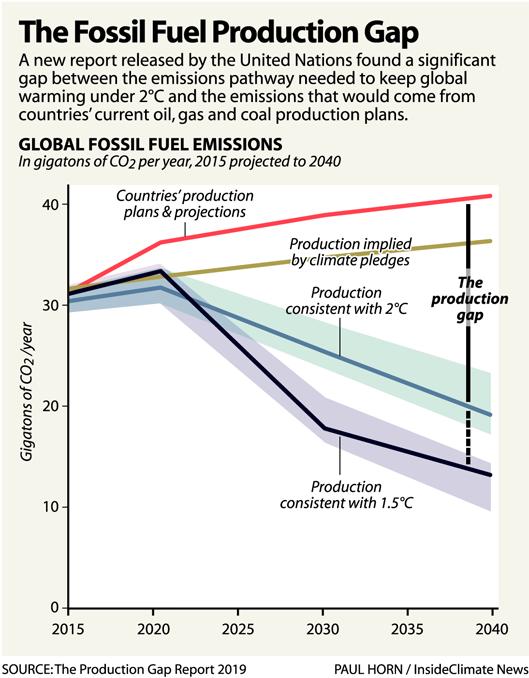 The red line is supposed to be going down. It’s going up. Faster. The Biden administration’s policies are helping steepen that red line, in the wrong direction. A few years ago I predicted that we won’t stop pumping oil until our civilization collapses, around +4C. Which we are back on track for. Support the democrats and you are supporting killing the planet.

This is a moment in time, and the democrats are not the party for the moment any more than the republicans are.

What should the democrats do? Simple: dissolve as a party. Quit. Tap out. Fuck off. Then, any former democrats who still want to be in politics can join the republican machine and vote their conscience once they’re inside the gears and levers. Now, wait, I hear you saying, “but the republicans would keep them out of the primaries!” True! But why the fuck didn’t the democrats manage to keep asswipes like Joe Manchin and Kirsten Sinema out of the primaries? Fucking losers. Tap out. You’re baked. Here’s another fun thing: the dissolved members of the former democrat party can establish themselves as a “liberty party” or something patriotic-sounding like that, and try to pick up the centrists and liberals. Make the party’s entire focus be a single issue, like undoing gerrymanders and vote suppression, then ruthlessly do that and don’t get sidetracked making Biden-like promises and “thinking out loud.”

As I mentioned in my posting about Malcolm X’s dangerous idea, the obvious thing the democrats could do is dissolve and build power-blocs around hispanic and black voters. They should also take some chances. In 3 years, they could run AOC for president. They should do that. The important point here is that it’s harder to attack the enemy you don’t know. The republicans had developed a well-honed machine for attacking Hillary Clinton; they even managed to get the FBI director on board. The democrats were fucking idiots to run Clinton (“but it’s her time!” they whine, “break the glass ceiling!” they say) The republicans are going to attack and smear anyone they run against, so the only chance the democrats have got is to launch exactly what the republicans are afraid of: a populist campaign with inspirational leaders, who come out of left field with new ideas – and who keep shifting positions while staying resolutely progressive. It’s really sad, to me, that the democrats are too weak and stupid to realize that the republicans are announcing their greatest fears, constantly: they are terrified of a populist “new deal” FDR2.0.

Honestly, it looks like it’s probably too late, anyway.