This is a very “on point” meme for me. 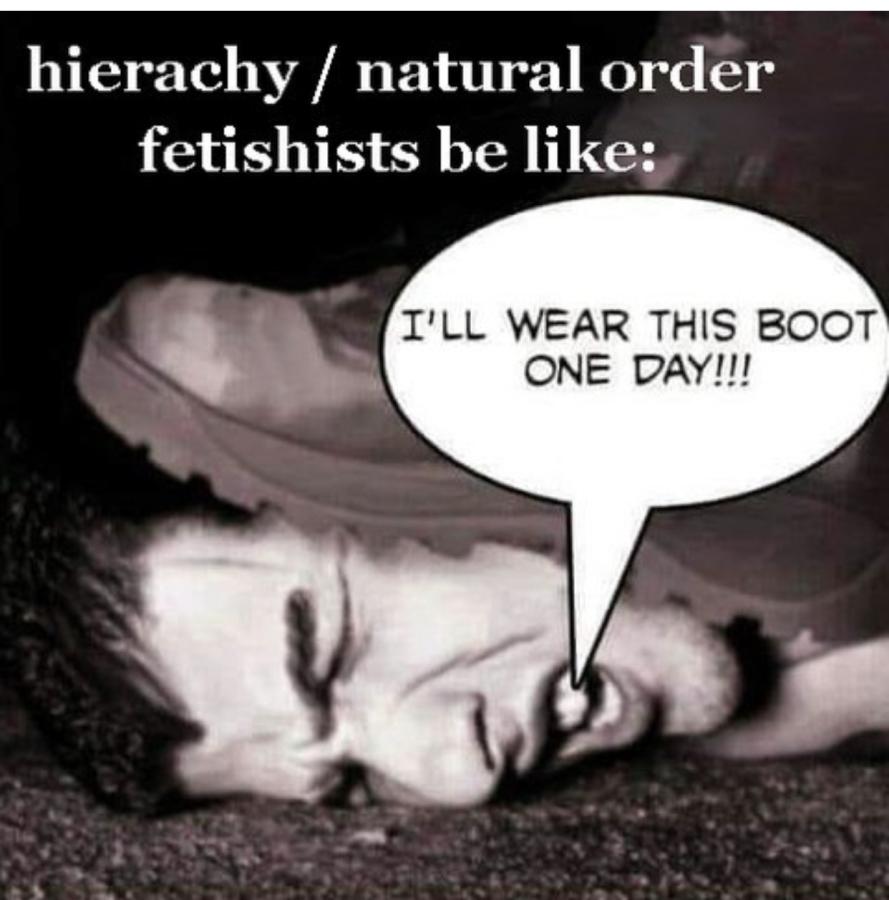 It’s simply ridiculous to me that so many people seem to accept that there’s a natural pecking order, and that that’s OK – they never seem to think it through far enough to realize that they’re permanently situated at the bottom of that pecking order. So, if you’re destined to be under the boot, why on earth would you support, and cheer for, the boot?

Anyone who looks at human history ought not to be able to escape noticing that most people who are powerful inherit it and the rest steal it by being ruthless face-stabbing or back-stabbing bastards. Someone who supports that as “the natural order of things” is assuming that they’re kleenex that will be used and thrown away. As it should be.

A Weird Thought » « Democrats are Stupid Too