OK, that’s perhaps a bit broad and sweeping, but: tough.

But, this is the kind of absurdist crap that the US is being fed. [cnn]

That’s the shocking finding of a Gallup analysis of its polling over the breadth of Biden’s term released this week. 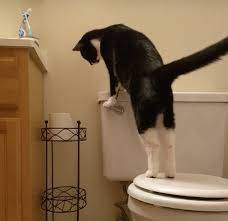 That’s shocking? To whom is that shocking? Biden ran in a blur of fast-fluxing widely broadcasted ideas for stuff that his administration might try to do, to help people get through the pandemic – but then it turned out that basically none of that happened because the democrats actually can’t pour piss out of their own Louboutin’s even if they’re open-toed. Of course it’s not Biden doing it, it’s Sinema, Manchin, Pelosi, Putin – it’s whoever and whatever but it’s not Biden’s doing. Meanwhile, Biden, who claims to be policially disempowered when it’s convenient to the democratic right wing, has somehow managed to resume leasing federal lands for fossil fuel exploitation.

Admittedly, not all of this is his fault, but it’s his preserved skin stretched over the animatronic dummy of the US presidency and young people, who are familiar with Disney animatronics, are not impressed by the “animatronic gap.” Joking aside: the democrats did a bunch of shit like talk up student loan forgiveness until they had the votes in the bag, and then they started talking up nuclear war and never had the slightest budgetary tussle when someone suggested “hey let’s ship all that ‘student loan forgiveness’ over to Ukraine in the form of hardware diplomacy!” Young people are, apparently, not so stupid that they haven’t noticed that the Bidenites are all over propping up Ukraine so they fight to the last Ukrainian (oh, the tragedy!) but they still can’t do anything about affordable housing or infrastructure because the democrats had a convenient roadbump-of-blame in the form of its own pair of jackasses that are indistinguishable from the republicans’ jackasses except that the republican jackasses appear to actually believe something (too bad it’s batshit) instead of money-ball.

Face-punch yourself stupid, democrats, then wail like fools when the republicans eat your lunch in the midterms. I’m pretty sure the republicans will be awful, after the midterms, and they’ll probably raise the awful to never-before-seen heights. If they were smart, they’d cream the democrats in the midterms then make a big show about rolling back the worst excesses of the Trump era – and then fail because they have “high minded” members in their caucus who just can’t bring themselves to vote for that stuff, haw haw haw har har har.

It turns out that democrats are horrified to discover that there are voters who actually believed all that progressive stuff the democrats were “talking about until Biden gets elected” and are pissed off that they were obviously fooled again.

Let me just give you one example that burns in my mind: Biden ran on “tax the wealthy” but never managed to do anything remotely like it. Instead, they raised taxes on, uh… Well. Actually, they implemented a bunch of fairly conventional tax policies, including “more of the same” corporate taxes that the corporations already know how to dodge. Oh, and they went around with a tin cup and asked Apple and Amazon and Starbucks and Tesla and Caterpillar to maybe toss in a bit of change. Meanwhile, enjoy your union-busting.

See what I mean? Young people (I’m not young but some of my best friends are millenials) aren’t going to fall for any of this shit. So, Biden’s ratings, which are based on “they will keep falling for this shit” are heading for the toilet. I just wish I could jump on the lever, up and down, up and down, up and down, like a cat when he figures out how to invoke the swirling water. Young people aren’t fooled by this shit because they’re the baristas, amazon workers, Uber drivers, cleaners, etc., that the Biden administration walked right past while it was busy with all the posturing. I’m sure the Bidenites are absolutely thrilled that Putin stepped forward to be the villain of the hour and Russian oligarchs can be the “wealth tax” that the democrats couldn’t possibly put in place in the US. Meanwhile, the planet is burning, gas prices are going through the roof because of corporate profiteering in the oil industry, and the Bidenites’ big idea is to pump more oil.

It Does Baffle Me » « Trolling the Stupid?