The big problem is, as I read with a wider scope, I am more susceptible to bullshit. I’m embarrassed to admit that I more or less used to believe what I read. The New York Times was credibility itself; I hadn’t even heard of James Risen or studied the timing of news releases such as the Abu Ghraib torture story or the timing of the warrantless wiretap program disclosure. As much as I am dubious of Wikileaks’ claim to a sort of nihilistic agnosticism, 2016 showed me, instead, that Assange was willing to play with, and be played by, the Trump campaign. I’ve described, before, how becoming an avid watcher of Adam Curtis’ weird documentaries has made me feel like there is a reality below the surface reality of day-to-day analysis (what we might call history in the making) – I’m uncomfortable with my lack of certainty and the massive amounts of additional reading that I have to do. And I still feel like I make mistakes.

This is one of those situations. It’s something that completely escaped my notice when it came around, and I find that a bit head-scratchingly odd. Here we looking at a story that I’d expect to be front-page news for a week, with CNN talking heads yelling, “The water is getting higher! Is this going to be another Fukushima?” “I don’t know, Bob, but we’ve got a re-treaded warhawk former Marine Corps Major to speculate wildly!” [cut to dramatic logo]

Somehow, when this happened, in 2011, I was blissfully unaware of it. Fukushima was in March 2011 and was all over the news, but in June 2011 a nuclear reactor in Nebraska did a fairly good impression of being about to do the same thing. I would say it’s a tribute to good engineering except it really does not resemble good engineering in any sense of the term. 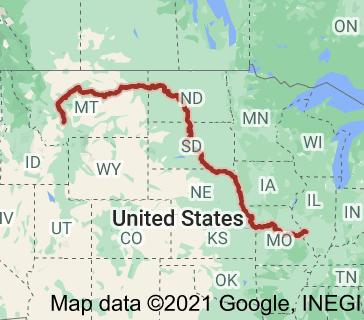 You’re probably going to ask yourself “Is Fort Calhoun named after racist, slavery-supporting, congress nullifying, secessionist John C. Calhoun?” Yes, it’s auspicious, isn’t it? It’s a bit odd that the “cast iron man” from South Carolina would have a base in Nebraska named for him, but that’s how the south rises again, at least in its imagination. Anyhow – there is a nuclear reactor at Fort Calhoun, on the peaceful banks of the Missouri River. I’m sure that GerrardOfTitanServer would howl long and loud if there was any discussion about meltdowns and radiation leaks into the US’ longest river, but he can just howl: this seems like a potentially severe disaster, especially coming right on the heels of the Fukushima melt-down. [To be fair, the containments at Fukushima were not breached but the reactor cores did melt to a puddle of nasty radioactive shit and it will cost billions of dollars to clean it up eventually] So, the river flooded and the whole thing seems to have been back-page news. It got some mention in the business section of CNN. [cnn]

The Nebraska plant, located along the swollen Missouri River, is currently surrounded by about two feet of water. The facility, designed to withstand at least eight more feet of water, is reportedly dry inside, shut down and not thought to be in any immediate danger.

It’s nicely chosen language, “surrounded by about 2 feet of water” sounds like no big deal. But, in fact, it’s also an engineering failure that the water got so close in the first place. This is clever, except not so clever [very good pictures on cryptome] 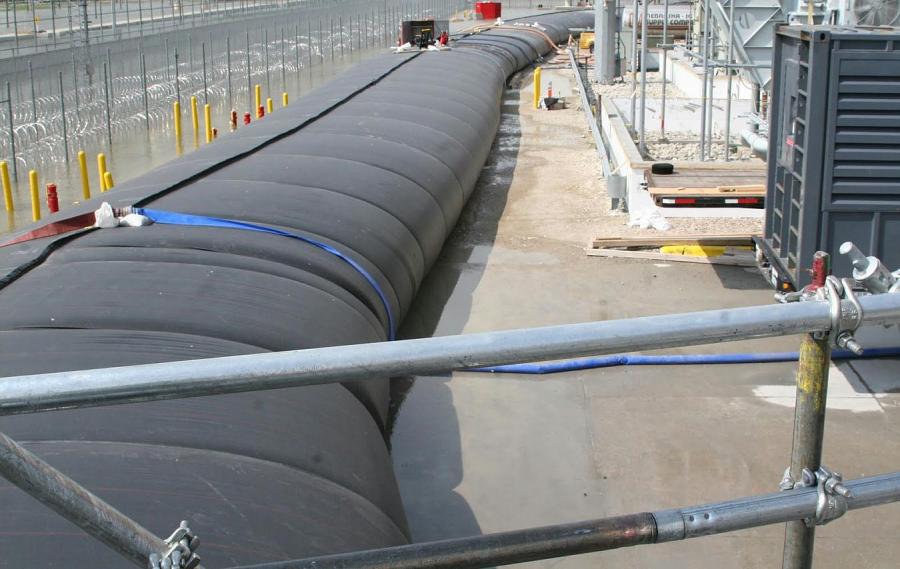 So, you keep water out, with a great big bag of more water! It’s pretty clever so long as there is no current pressing against it and bouying it up; it’s not like water floats in water but it’s the same density.

With the river 5 to 7 feet above the flood stage, “everything is just fine” but you’ve got to admit the optics (as they say) suck. Also, there was one account I found that someone accidentally tore the water berm at one point. [planetthoughts] They also declared a “no fly” zone around the area allegedly because there was some refueling and maybe radiation but, really, it seems that they didn’t want pictures that show clearly that the fucking reactor is built in a flood plain.

This bugs the hell out of me because the people who are discussing it are violating all of the principles of engineering, making claims that are carefully spun, like:

I’m doing some math and if I’m right they’re saying that there are 6 feet of ‘safety margin’ and I can hear the ghost of Richard Feynman saying “if you have to put an emergency berm up around your reactor, you’ve already exceeded your ‘safety margin’ and now you’re operating outside of your design specs – because, surely, nobody’s reactor design specs say ‘may flood now and then.'” I’m not doing a complete survey of the entire waterway but one of the other phrases that caught my attention was something about how the flooding was a result of up-river dams doing emergency overflows. Yes, that’s all fine and predictable but I sure hope those dams don’t have failures that cause ‘unusually more than the usual unusual’ flooding. When engineers are optimistic, I am pessimistic.

Granted, my pessimism about engineering is because I used to work in software; I used to be fond of commenting (and I wasn’t kidding) that “humans just aren’t very good at most of what we do.” 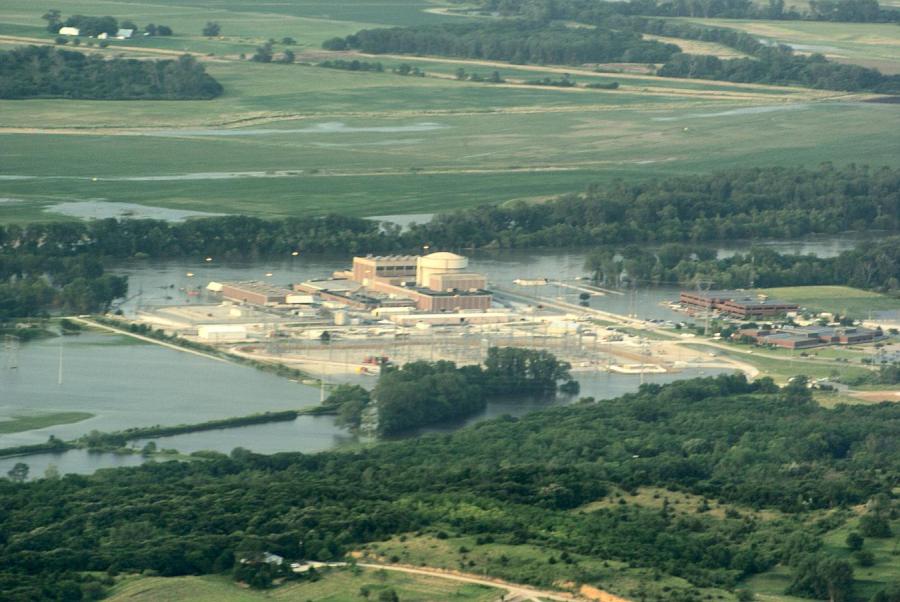 See what I mean? The reactor’s in a declivity. The land on both sides is quite a bit higher. There’s your engineering margin for error. I’m not going to start doing topographical surveys of reactors in the US, but climate change is going to result in more severe weather, fires, floods, and droughts. And, of course, the water will rise on the coasts.

In Honor of COP26 » « This Sounds Permian AF