Robert Paul Wolff is one of my favorite writers. I came across his work completely by accident: dad was getting rid of a few dozen boxes of books (“the overflow”) and one of the boxes contained a slim volume entitled In Defense of Anarchism. I did a brief 3-post series on it [stderr] because I think it’s an important work in its field – he deploys some of the basic arguments for anarchism in a way that is very hard to argue with. [wc] 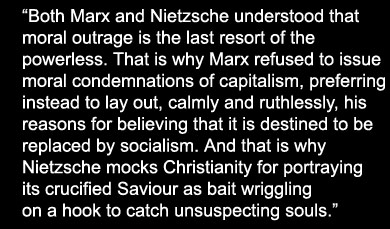 Wolff’s a character. I would not say that I agree with everything he says – he’s also a serious Marxist who says things like that he can prove economics arguments using Marx’ analysis of value. I’m not convinced by that. He also wrote a book called Autobiography of an Ex-White Man, which [wc] is a thoughtful tale of how he became the only historian at Columbia (early 60s) heading up the department of African-American studies. Wolff’s analysis from that book drives one of my favorite (because I think it’s one of my best) postings, about the effects of intergenerational wealth and racism. [stderr]

A few years ago I went on a Wolff kick and searched up a few of his less popular works, including one entitled The Ideal Of The University. [wc] I have to say that he’s not great with the titles, but it’s pretty clear what the book is about. It knocked around my office in the various “overflow” piles for a year or so, while I absorbed it via osmosis. [If you have a dense concentration of knowledge in one region of a room, and a deficit in the other, the knowledge will perfuse down the concentration grade a little bit, like salt water and water with a dialysis membrane] Reading some of PZ Meyers’ painful tales of universities responding to COVID-19, I finally dusted it off on a hot day, and read it. Typically, for Wolff, his writing is clean and simple, designed for rapid absorbtion. He does not have literary pretensions.

One thing I am thankful for: he does not go into one of my favorite questions about the academy: “why do universities have professional sportsball teams?” Or, more precisely, not directly. His belief appears to be that sportsball at universities is a small symptom of a bigger problem, which is how universities are led. The rise of a professional university management elite, who took over the mechanism from the top, then decided to pay themselves exorbitantly for their contribution – that is Wolff’s view of the origin of the problem. In his argument, it comes back to the definition of the purpose of a university:

The fundamental purpose of a college education is to initiate the student into the dialogue, acquaint him with the great ideas in these various literary embodiments, and develop that sensitivity and responsiveness which will allow him to share his tradition with fellow initiates. 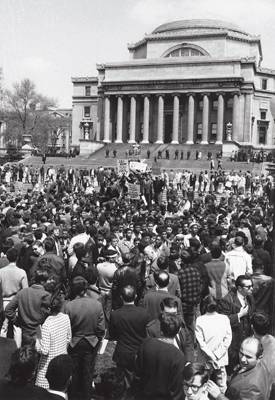 Low Library, barricaded by students. Little Marcus used to run up and down those steps…

The book was written in 1969 and using male pronouns was still the academic default. I’m sure, though Wolff does not say it outright, the student protests against Columbia University’s administration had something to do with why Wolff wrote the book. It was a time when a lot of people were thinking “why is there a university?” Unfortunately, once the Columbia students were brought back into line, the universities’ response was to bring in cadres of professional managers with Masters’ of Business Administration and dollars in their eyes. In that sense, the revolutionary spirit of the students accomplished what revolutions often do: they ushered in something much worse than what they were originally reacting to.

No institution can remain politically neutral either in its interaction with society or in the conduct of its organization and internal affairs. To pretend otherwise is merely to throw up a smokescreen; it is a way of rationalizing the value commitments already made, by attempting to remove them from the area of legitimate debate. Students for a Democratic Society [the SDS radicals who shut down Columbia] speak of the need to politicize the campus. Moderate students and professors oppose this politicization, which they protest would alter the character of the university for the worse. But the truth is that every campus is now politicized, necessarily and unavoidably. The radicals do not wish to inflict politics on a realm which once was happily apolitical. They only wish to force an awareness of the already political history of the university, as a first step toward changing the policies which the university embodies or pursues.

Wolff’s recommendation is, typically, anarchistic. He asks a rather obvious question, namely:

Why should a university be governed at all?

The obvious rebuttal is “whatever you call it, the organizational process that provides the framework in which the university exists can be said to be ‘government.'” but it’s still a good question. He could have just asked “why are a bunch of MBAs running institutes of higher learning?” The point and purpose of those institutions is not to be money-making propositions, but rather knowledge-disseminating places. Wolff could be channeling Saul Alinsky when he writes:

At the heart of every revolution is a challenge to the political authority of the rulers. The revolutionaries may focus their criticism on the particular policies and practices of the rulers – there may be a list of “grievances” or “demands.” But the aim is not merely redress of grievances or satisfaction of demands – the ultimate goal is a shift in the locus of legitimate authority in the community.

That is the sound of Wolff laying out a neatly-constructed trap. “Legitimate authority” are the key words and when Wolff begins talking about the legitimacy of authority, readers familiar with his thinking know that he is about to puncture any hope that the authority will be able to claim legitimacy. Ultimately, the MBA’s claim to authority over a university, after all, is “the people with money put me in charge.” But that makes them merely an employee of power, not powerful themselves.

We could dispute endlessly over the relative merits of a strong presidency versus a strong board of trustees, or over unicameral versus bicameral academic senates. Much also could be said about the details of disciplinary tribunals and the role of due process in the internal affairs of a university. But after roughly a year of such debates at Columbia, I am persuaded that they generate no light and after a while fail even to radiate much heat.

Surely every institution muse be governed! If there are roles, rewards, established practices, decisions to be taken and implemented, then some rules must operate for determining who fills the roles, who receives the rewards (and suffers the penalties) who makes and enforces the decisions. That is just what is meant by a “government.”

Wolff is too trained in the Socratic method to fall for a simple counter-argument like the one I threw out above. It’s a characteristic of his work that when he suggests something he forestalls the objections to it as well. He proceeds to divide the authority that controls the university from the power to control the university. This is an important point: human societies often embody both power and authority in a single person, but there is no need to do that. In the case of a typical university today, the board of directors has the power, and the president has the authority. The two are divided in a sort of bicameral legislature. Wolff’s recommendation is, again, Socratic: put the academics in charge of the academy. After all, he points out, getting a doctorate and performing the work to become a professor requires a) organization, b) knowledge and perhaps wisdom, and c) understanding how to communicate. How can a university professor, who might teach a masters’ program in Business Administration be less familiar with how to run a business than someone with an MBA? This mirrors Socrates’ argument to create a society in which the philosophers run the place. It’s interesting, to me, how often the question “who should run the show?” is answered, “people like me!” But Wolff does have a point – the chairpeople of the various departments more or less run their departments and set the agendas within them, why is a super-superstructure necessary to further organize the organizers? Wolff analyzes the relationship between teacher and student and notes that it is entirely consensual on both sides [except in incidents when staff extort students for sex, of course] and that power-relationship is close to an anarchist ideal.

Education takes place in such relationships only when they are founded on a mutual freedom of association. I conclude, therefore, that so far as the educational function of a university is concerned, no issue of government in the customary political sense can even arise. Educationally speaking, the answer to the question, “how should a university be governed?” is simply: it shouldn’t be. Or, more precisely, It can’t be, for any attempt to impose a structure of authority on truly educational human relationships must either fail or else succeed merely in making education impossible.

Wolff’s point is compelling. The university is already run by the professors, who are the means of production of educated students. Or future football players, or whatever. The rest of the infrastructure exists to get in the way and sip profitably on the cash flow. I won’t type the whole book in, but if this sort of topic interests you, you may find some interesting ammunition within these pages.

In Defense of Anarchism and Saul Alinsky’s Rules For Radicals are often available in 1st editions on Ebay. They are highly giftable. For that matter, copies of James Baldwin, in vintage print, also crop up now and then and are also giftable if you’re looking for a special present for someone thoughtful. These won’t chew you up financially, I’m taking under $20 most of the time. By the way, Reveille For Radicals is not as good an example of Alinsky’s work, which is why it’s available in signed 1st editions in the $20 range – nobody wants it. Signed 1sts of James Baldwin will set you back a couple thousand dollars. Signed 1sts by Mark Twain can cost as much as a good car. I’ve often wondered why nobody seems to have caught onto buying unsigned 1st editions, signing them, and offering them on Ebay at a mark-up. Ah, capitalism! (I said it’s a “signed first edition” not “signed by Mark Twain”) (Wasn’t Trump signing someone else’s book? I forget. But, still, the act of a dirtbag)

The Use of Nuclear Weapons » « Retaliation Strikes That Miss