I don’t have the graphic arts skills, or the patience to do this, and I bet nobody’d play it anyway.

What about an Oligopoly version of the classic Parker Brothers game? 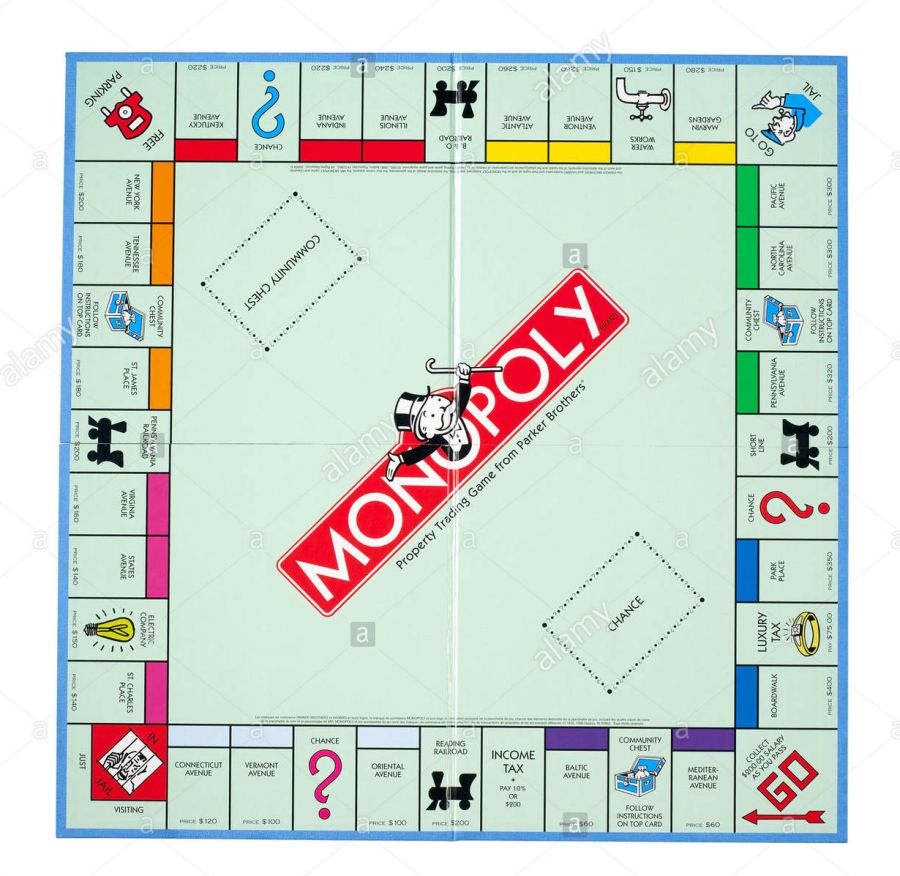 One player starts with a large amount of money and can’t be bumped or arrested; they begin by owning Park Place.

The other players start with the usual nothing, and are taxed and otherwise are forced to play within a rigged system: they pay property taxes, but the rich guy doesn’t. They are subject to the vagaries of misfortune but the rich guy isn’t, etc.

We used to play as a family, sometimes, before we switched over to the 3M bookcase games version of Stocks and Bonds. I developed a strategy of trying to make 5 50/50 gambles successfully in a row, and otherwise I’d tap out. In retrospect, that was a pretty assholish way to play. I still wonder if the reason ‘conservatives’ want to destroy social safety nets is to prevent that from being a viable strategy: you can’t give the underlings a shot at unearned wealth, because that’d make unearned wealth worthless.

I suppose it wouldn’t take much thought to develop a Critical Race Theory version of the game, which illustrates how structural racism can be embedded in all the premises of a society. You could make the “Chance” cards have “If you are Black…” and “go to jail” basically never applies to the white player. Etc. Rig the game from turn one, so the lucky guy who was ‘born rich’ (in game) is guaranteed to win, by getting all the money everyone else struggles to hang onto. It wouldn’t be a fun game, but that’s the point, isn’t it?

But wait, there’s more! Hasbro, the game company that produces Monopoly used to use slave labor, from the Magdalene Laundries, to make the game. [littleatoms] The Magdalene Laundries were another crime against humanity brought to us by the catholic church – forced labor was the least of the atrocities. The Monopoly set we played with when I was a kid was made in the early 1960s so there’s a good chance it was produced in Ireland. I had a Kerplunk set, too, which was also made in the Magdalene Laundries. Hasbro, of course, washed its hands of the affair. Someone tendering an impossibly low offer for a labor task, that’s legit, right? Not worth even asking questions.