Back in the 70s, my g/f used to wear a T-shirt that bore a feminist/separatist variant of this meme: 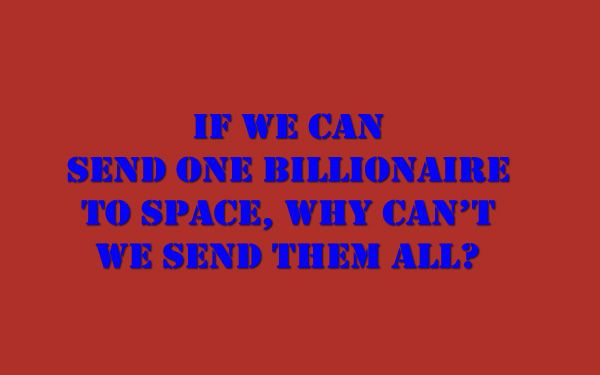 I am perplexed by Wally Funk’s decision to join Jeff Bezos in his billionaire blast-off, because I can no longer in good faith hope that the spacecraft blows up. It’s as if Bezos invited Funk along as a shield against the hand of fate. Perhaps this is a “meeting in Samarra” story. [maugham]

An Idea I Won’t Be Doing » « A Good Explanation