Pretty much: everyone. I wrote about it in 2016, when the scam was already under way with a full head of steam and an infinite budget [stderr]. It’s F-35 time!

The U.S. Air Force could retire some of its older-model F-35 Joint Strike Fighters, which are used for training, over the next decade in favor of acquiring the most advanced variants of the jet, according to a top general.

Older versions of the premier stealth jet may be retired instead of receiving expensive upgrades to keep them viable for a future conflict, said Lt. Gen. S. Clinton Hinote, the Air Force’s deputy chief of staff for strategy, integration and requirements.

“It’s not in our plans right now, but that would be something that we would have to take into consideration,” he said in an interview Tuesday. “Because the big question is, ‘Are we going to go back and retrofit [them]?’

That’s an entirely predictable result! The Air Force bought those first-wave F-35s for “testing and training” in an unfinished state; the plane is a technological moving target. All of the first couple of waves of F-35 were obsolete before they were purchased, because they literally lacked the capabilities that later versions of the aircraft have – in principle – once development is complete. People want to talk about “The F-35” as if it’s a static thing, but actually, it’s a branching tree of versions, with incompatible parts here and there. It’s a logistical nightmare, of the Air Force’s choice. The entire piece-meal procurement program was designed to implement this nightmare. Or, more precisely, it was designed with knowledge that this nightmare was a probable outcome – but they chose to do piece-wise development anyhow, because money. The Air Force pretended, and Congress went along with it by writing vast checks, but the game all along was going to be “we have to get rid of approximately half of these because they are junk.” And worse, they are not compatible junk – the parts may be subtly different between different versions of the plane and it’s going to be ‘cheaper’ to buy new ones than to sort that all out. 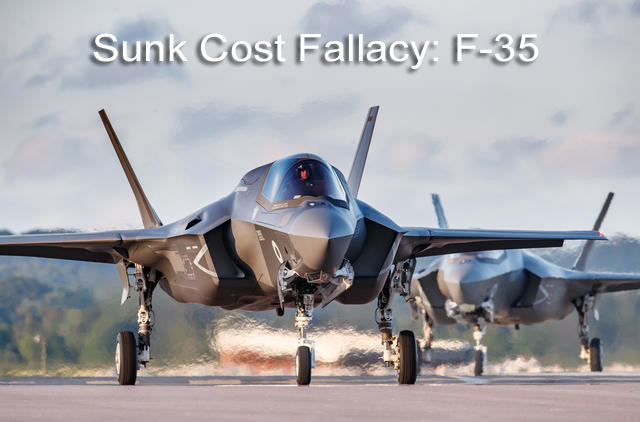 This was all an exercise in “front loading” the program: getting the money allocated then spending it stupidly. Imagine if you were building a building and the architect told you their brilliant strategy was to build a semi-stable ground floor, then a really nice second floor with an executive suite and a hot tub. Then, they’re going to go back and remove the downstairs and build a new downstairs that matches the upstairs. That’s basically the idea. It sounds incredibly stupid if you apply it to a house and it’s incredibly stupid when you apply it to a next-generation fighter jet, too. Of course nobody involved in the F-35 debacle is ever going to experience any negative outcome from it. In Soviet Russia, someone who fucked up a program so badly would wind up in a shallow grave, but in the US they get to turn around and grow fat and happy as a lobbyist. Nobody in Congress will ask “how did this happen?” Because they fucking signed off on it, that’s why. And they knew exactly what was going to happen, too.

The next stage is the “pay the same, get less” stage. That’s where the Air Force says, “we can’t afford all the F-35s we want so we’re going to just spend the money and get half as many.” The end-game there is you get something like an F-22: an OK aircraft but the Air Force doesn’t have enough of them to do much more than air shows and the occasional bombing of some helpless insurgents.

The 63 percent overrun was due to the task being “more complex than originally thought,” according to the Government Accountability Office (GAO).

Lockheed won the initial $712 million contract to redesign hardware and software for the F-35 cockpit computer in December 2018.

The extra dollars have now bumped the program cost to an estimated $1.28 billion.

The US taxpayers and allied partners must pay it, because, why? Oh, right: they said they would. Basically, Congress committed to an open checkbook policy: “go ahead and have whatever overruns you want, we’ll cover them.” 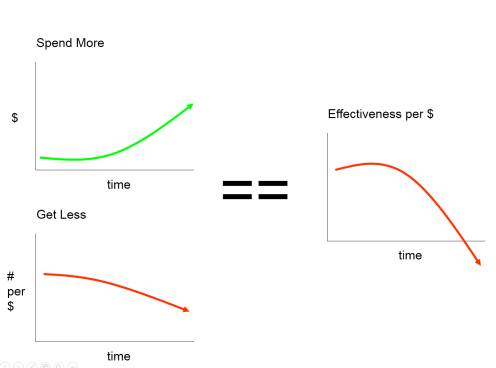 Remember that, when some congressional “deficit hawk” starts wringing their hands about not enough money for some social program or other. Nobody in the media seems to manage to ask them: “could you stop pretending to care about the deficit, given that you keep writing blank checks to the Pentagon without any push-back or discussion?” They will never apply any scrutiny to the F-35 program because they literally don’t care and never did.

What is going on is a shell-game – they hope you don’t notice that Congress is still spending the same amount of taxpayer’s money on F-35s, to get a reduced number of F-35s. That has the effect of raising the cost for the airplane, and reducing the number that are available to bomb defenseless insurgents. It’s a lose/lose proposition and Congress cheerfully signs off on it because – look – squirrel!!!!! (runs off)

Every time – and I mean every time that a US politician talks about not having enough money for something, they should be immediately met with: “why not defund the F-35 and stop building new WMD? Oh, and stop giving money to Israel.”

A Brief Mission » « The Leg: Scampering, Not Quite