One of the other side benefits of being in the Air Force is getting to fly around on the military airlift planes. I’ve got to admit, it seems romantic – flying in the big boxcars, like Solid Snake in Metal Gear Solid, sitting in a jumpseat with exposed metal, and none of that annoying “please put your tray-table in the upright and locked position” nanny state nonsense, just tough heavy metal sky-choo-choo stuff.

I’m disappointed to learn that that’s also just (mostly) marketing. It sounds like military travel’s unglamourousness is not so glamourous after all. [taskandpurpose]

The Air Force’s KC-46 refueling tanker aircraft has been through a lot of sh*t the past few years, and now literal droppings are the latest of the beleaguered aircraft’s troubles. The aircraft features a lavatory/galley combination unit that can’t fit inside the KC-46 the way it does aboard other aircraft, which means that the toilet spills poo everywhere if the plane is in a steep dive or climb. 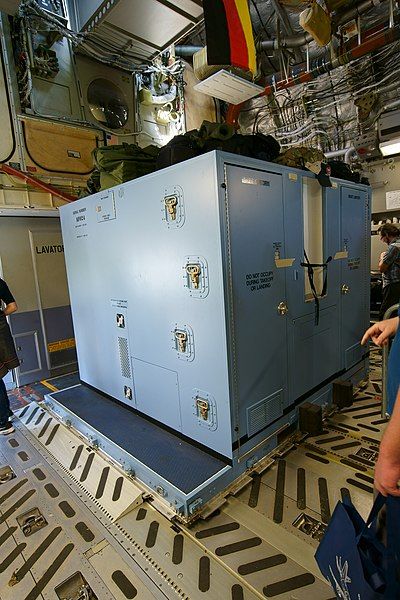 I suppose that any aircraft toilet is going to have some angle at which everything goes everywhere. Suddenly I now understand the spring-loaded steel baffle in the loo on commercial aircraft (It’s also to prevent passengers from looking down the hole and seeing/smelling the stuff sloshing back and forth). I’m guessing there have been plenty of commercial aircraft that have had shitty landings, too. It’s just that the military’s porta-potty is probably a) heinously expensive and b) sucks anyway.

The Air-Transportable Galley-Lavatory, as the palletized bathroom/galley unit is called, has been in service since the early 1980s and is loaded and flown aboard a range of Air Force transport and tanker aircraft, said Capt. Christopher Herbert, spokesperson for Air Mobility Command. According to one informational video, the ATGL looks a lot like the little kitchen you see in the back of any commercial passenger jet, with two bathroom stalls on the other side.

Lastly, the KC-46 has a unique floor loading system which means the commode has to be turned at an unusual angle to fit securely inside the aircraft. The new configuration “could potentially result in spillage issues during steep ascents and descents,” Herbert explained.

I don’t imagine the toilet arrangements on an F-35 are anywhere near as nice. That, as they say, Depends(tm)