A funny thing popped up while I was reading about F-35s, regarding the Air Force’s labor problem.

I have a confession to make, here: at one point in my life I wanted to be a fighter pilot. Then, I discovered that you are disqualified if you need glasses. But, they’ll take you on as a maintenance tech. Um… No. The Air Force’s ads all feature the combat jets, everyone looking like they are straight out of The Right Stuff but the fact of the Air Force is that it’s mostly maintenance. You don’t get much choice what you’ll be doing, really, but I suppose if you wanted to learn to weld or something like that, it’d be a great start. But most of the people who look at an Air Force career fancy the idea of booming into the sky strapped onto an F-whatever and maybe dropping a few bombs on cowering civilians when they’re not dog-fighting eachother, burning lots of jet fuel, and posing in leather jackets. It appears to me that there was a great wave of propaganda about the myth of the fighter pilot, in order to bolster Britain’s flagging militarism, following WWII – the “Battle of Britain” and Larry Niven and all that, with the long scarves and what what. 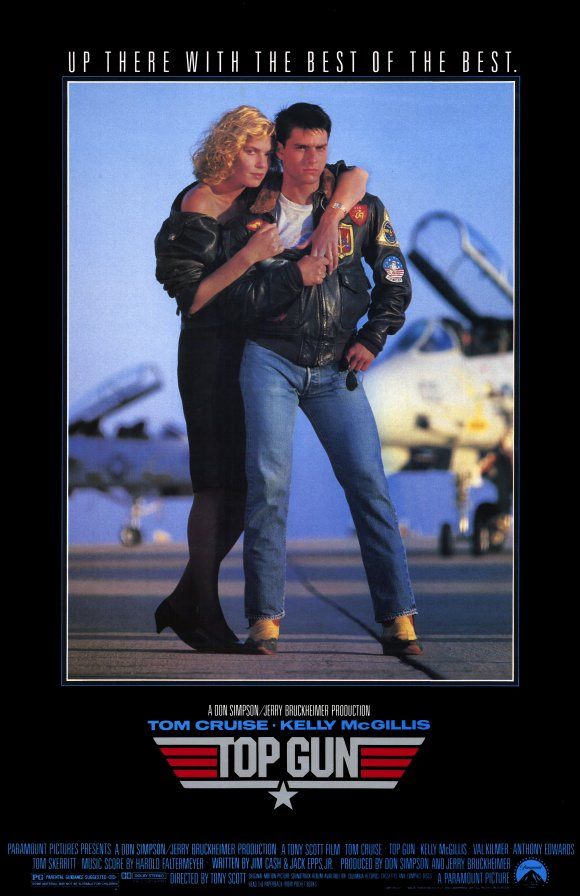 If he didn’t stand in that girl pose, he’d be taller and she wouldn’t have to crouch down to put her arms around his shoulders. Just sayin’…

I’m not sure how a career in military aviation translates into being a good civilian pilot, but there’s a lot of crossover – so I suppose we could say that being a pilot in the Air Force prepares one to be a civilian pilot (e.g.: Sullenberger) but it’s probably pretty boring, after all that bomb-dropping and afterburning and such. And it turns out that the Air Force has a labor problem: it’s hard to retain those expensively trained F-35 pilots. At first I thought, “show me one look at that helmet I’d be wearing, and you’d have problems keeping me on the job, too!” but apparently the fighter pilot’s pay is mostly: getting to fly. It’s not seen as the dangerous, boring, activity that it is, the Top Gun marketing has worked. But: [defenseone]

Before the pandemic, the Air Force offered retention contracts as short as three years to pilots completing their initial ten-year commitments. Seizing on the collapse of airline hiring in 2020, though, the service changed the terms of its contracts. Gone are three- and four-year contracts; the shortest pilot contract is now five years, which gets you about 70 percent of the maximum retention bonus. To get the full amount authorized by Congress – $35,000 per year – the Air Force requires at least an eight-year commitment. These are hardball terms compared to past years and are a strong bet that airline pilot hiring will be weak for an extended period.

I think I see your problem, Air Force: you pay your highly trained jet fighter pilots about the same amount as the line ‘cook’ at Chipotle, who wraps the burritos. And they get tips, whereas Air Force pilots do not.

Also, the Air Force understands perfectly well that it’s necessary to lock employees into lengthy contracts because 95+% of those Air Force jobs are going to be shit jobs where you spend a lot of time taking orders from people you think are stupid. I suppose that’s the same in any big business, An Air Force general makes just under $200,000/year so maybe there’s another piece of the Air Force’s puzzle. It’s the usual lop-sided, top-heavy, shit job with an 8-year contract. Oddly, the Air Force doesn’t seem to realize that a contract that forces you to stay in a shit job is a massive liability. Imagine if silicon valley companies started trying to get employees to sign up for 8-year stints, the programmers would be demanding millions of dollars in stock options. If you want me to chain myself to the deck of your sinking ship, damn right that costs extra.

Finally, Air Force pilots are poised to leave active duty, not stay, according to our research. Despite the incredibly dire economic and health conditions in 2020, only 51 percent of the Air Force’s eligible pilots signed retention contracts, a small increase from recent years. Of those pilots who signed retention contracts last year, though, we found that 33 percent signed on for only three years. The rest stayed on active duty without service commitments and are now free agents able to depart on short notice. Air Force pilots are keeping their options open and believe airline hiring will return soon, offering better opportunities.

Of course. I can’t see how the geniuses at the top expect “brand loyalty” when they’re paying crap wages. The old “get training for a great civilian job” scam; the problem being you don’t know what training you’ll obtain. I was a 76-V MOS, which is: “material storage and handling specialist.” I was trained how to operate a forklift. That came in handy in my civilian life exactly twice: once when I used a forklift to move a pallet of stuff (and everything went fine) and another time when the dockworkers’ union was striking during Balticon and I hot-wired a forklift belonging to the convention center and moved several pallet-loads of boxes of books. Then, a lady who thought I was an official forklift driver ran up on me and started cussing me out for being on strike (!) I was shouting back at her that obviously I was not on strike and I was actually a volunteer, when I ran the fork of the forklift right through a steel fire-door. That ended my adventure; I recovered my alligator clips and wire and faded back into the crowd, mission accomplished.  Anyhow, the point being that it’s a question whether or not you’ll learn anything useful in the military, though I admit it shows that you can be socialized well, to be part of a group.

But the Air Force is a clusterfuck, as they say: [wp]

The Air Force reversed its decision to dismiss hundreds of reserve officer training cadets and restored nearly 130 scholarships, officials said, after a lobbying effort assailed the decision as a punishment for many qualified cadets that would create catastrophic financial problems.

The pandemic’s wave of economic and social uncertainty triggered the initial decision, officials said. The natural cycle of departing officers creating room for the younger ranks has been disrupted, and service members, wary of leaving jobs and health care, are staying at the highest rate in two decades.

To rebalance the numbers, the Air Force rejected far more cadets than in past years. The cuts were so drastic that they swallowed up cadets with excellent grades and high fitness marks, according to current and former Air Force officials, sending scores of families into financial panic after scholarships vanished.

How do you re-balance from the bottom by cutting enrollment? That’s incredibly stupid. The Air Force’s problem, as stated, is a barnacle-like encrustment of senior people who are clinging on for every dollar that they can get – so you cut at the bottom? That’s basically a stupid move right out of the playbook of any corporate capitalist organization: protect the bosses, cut the pay of the line cooks. It’s how and why you wind up with executives (general officers) making $200k/year and a pension, while the F-35 pilots are working for chump change. Basically, “does anyone want this shit job?” is the recruitment call.

They absolutely should open all military jobs to anyone with a metabolism who can pass a physical, and dangle the offer of citizenship, like the Romans did. That approach worked quite well, when citizenship was valuable. But because of its racism and stupidity, that’s the one option the US will refuse to take, no matter what. You know what I think they should do? Give incentive stock options to the military – stock options in the USA. If the pentagon manages to reduce spending, some of that spending is loaded onto the options pool; the more effective you make the military, the more money you get when you become a citizen. And, of course, there needs to be a pro-active retirement program to get rid of the massive overhang of senior officers. Maybe have a war and expect them to actually deploy to the combat zone, and receive a bit of what they’ve been dealing out, or retire.

Congressional representatives, retired officers and a wave of parents and students pressed the Air Force behind closed doors to reexamine decisions to reject 1,000 cadets, an Air Force official said. Policy officials relented Thursday evening, reinstating 400 cadets, about 130 of whom won back scholarships.

This is called “micromanaging the drops in your bucket.”

I can’t get over Cruise’s expression in the movie poster. It’s a combination of “I’m tough and macho but I have heart-burn from the tequila and nachos and I feel like I have to burp.” Amazing what people thought was cool and macho in the 80s.