After reading about various military campaigns in Russia, I am hesitant to complain overmuch about “muddy season.”

But, in Pennsylvania, we get periodic thaws and ice, and my driveway does become a hazard. A few weeks ago I had an embarrassing incident where I drove the Tahoe off the driveway into a water and mud-filled ditch. I almost was able to power it out by keeping the momentum up, but I only had 2-wheel drive engaged and it bogged down quickly. My neighbor’s tractor was able to pull it out fairly easily but it was up over the wheel-hubs on one side, and listing like the Ark Royal before the call to abandon ship.

All of that is to say that Ken, the guy with the crane-truck, took one look at the weather and decided it was not time to move any of my machines, yet. I even had to agree with him. But it’s been dry(ish) for a week and temperatures up in the low 50s, so we decided to try yesterday. And, preparation being a good substitute for luck, everything went smoothly. 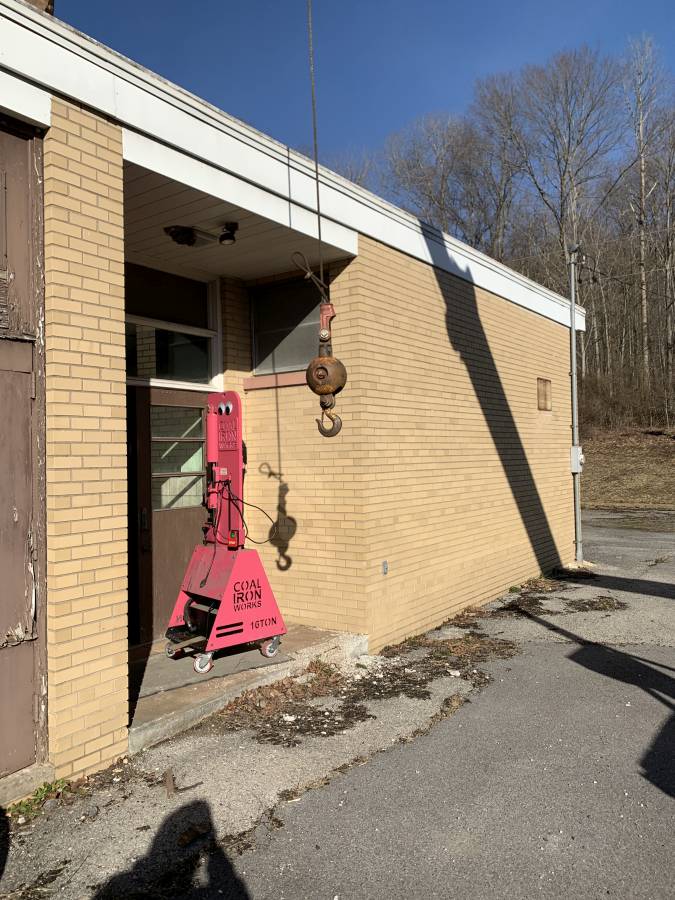 The press looks startled to find itself in sunlight. Don’t worry – it’s only temporary! Another thing we discovered in the process of moving it down the hall is that the bolts holding the casters on had worked loose. I need to replace one that fell out somewhere, and we tightened the rest. Then, it was a simple matter of a shackle, a strap, and a lift to get it onto the back of the truck.

Another thing that we moved was the anvil and its stump. When I set them up, I routed a 1″ deep bed into the oak for the foot of the anvil. Now, it appears to be stuck in there – enough that when they put a strap around the anvil and lifted it, the stump came with it. No problem – but we all stayed clear in case the stump popped free. Spoiler: it did not. 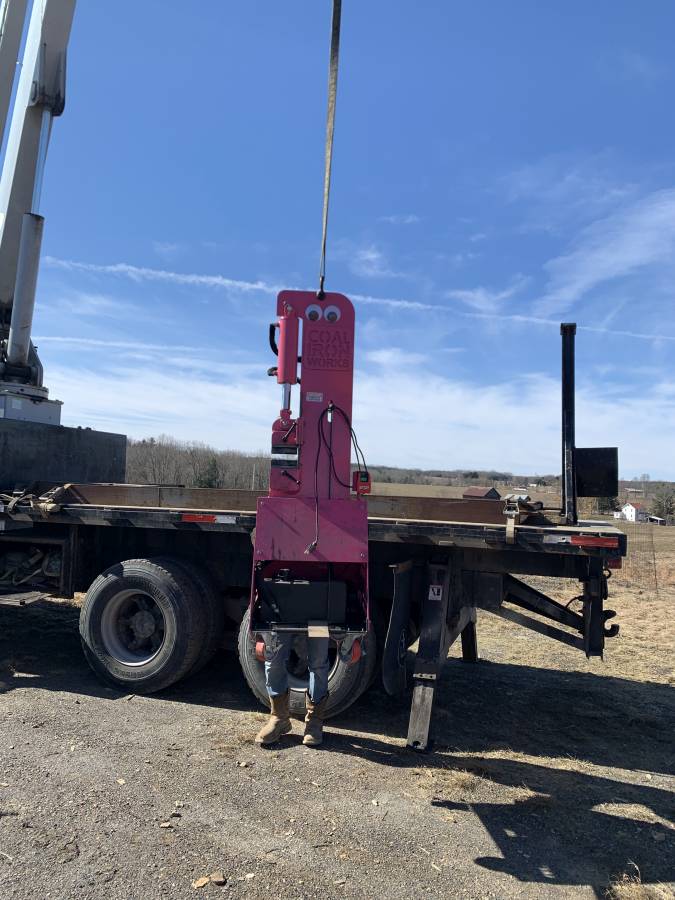 Unloading was pretty straightforward, too. There’s a lip where the slab protrudes out of the ground, and Ryan swung the whole thing a couple of times and Ken lowered it right when it was over the slab. Piece of cake, as long as you can use a crane like I use a mouse-pointer.

After a break for lunch, we re-convened at the shop to move the metal lathe. That turned out to be a bigger project than the press, because it’s actually quite a bit heaver – as in: twice as much. I had already pried one end up using a pry-bar and a piece of railroad track as a fulcrum, so Ken and Ryan were able to slide a wheeled pallet roller under one end and we jacked up the other and pushed it. I think the total distance the lathe moved was maybe 25 feet but it took longer and was more work than moving the press through the air and 5 miles down the road. 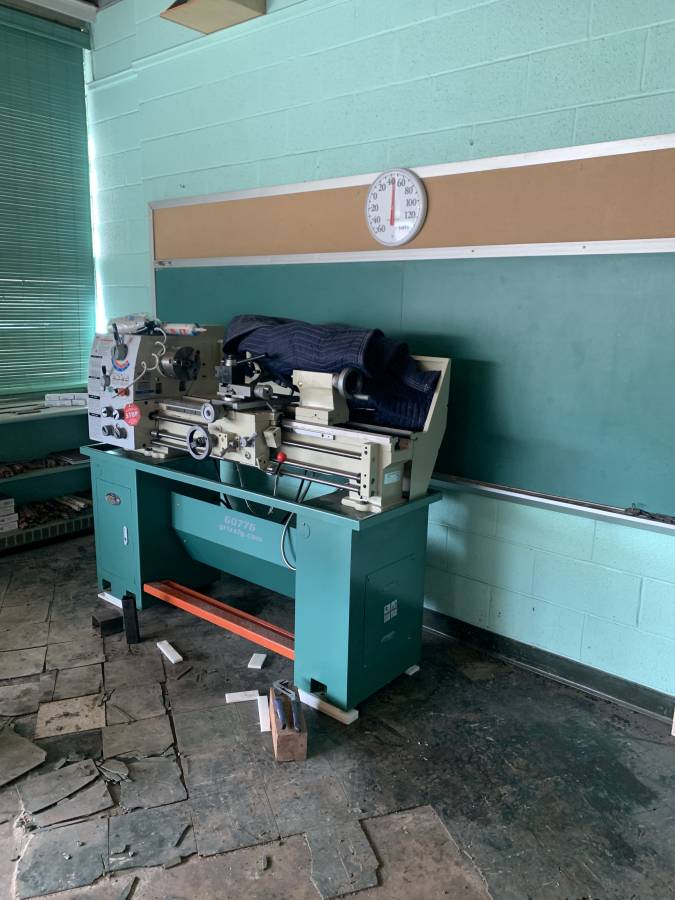 One thing we discovered in the course of moving the lathe is that the leveling feet were not included. It has supported bolt-holes for 6 leveling-feet and I’m not going to even think of operating it unless it’s leveled and stable. The stand is quite solid but it’s a great big hunk of cast steel and it’s top-heavy as a robber baron. In Pennsylvania tradition, we put it up on blocks – in this case some poly butcher block I cut up on the table-saw – so it’s easier to get a pry-bar under if necessary. And, it will be necessary when the time comes to install the feet. After that, it’s going to be a question of installing the DRO (Chinese instructions included) and leveling the ways. Quinn at Blondihacks did an excellent episode about leveling a metal lathe and I suppose I will make the effort to “do it right” especially if it gives me an excuse to buy more vintage Starrett machinist’s gauges on Ebay.

I’m going to cease and desist from playing with the wood lathe and am going to get the doors for the shed done and installed. Then, it’ll be spring and I should be able to make short work of running the electrical circuits (it’s basically a single large room so all I need to do is runs from the panel) and the propane to the forge. After that, I’ll be ready to resume making blades and I can start to think about pursuing other distractions.

Not Touch Panel » « Who Could Have Seen This Coming?