I suspect this is the same in most states in the US, right now: you go through a maze of websites and eventually sign up to get the COVID-19 vaccine, perhaps getting a text message to verify that you can be reached.

I did all that, then got a text to authenticate me, and waited a week. Then, I got a text saying I could sign up for the scheduling app, to get the shot. I did that immediately, but it never showed a schedule-grid for the shot. But then I remembered how, in World of Warcraft, we’d sometimes set our alarm to wake us up at 3:30AM to run the Stranglethorn fishing contest when everyone else was asleep. So, that’s what I did. When I checked, there was a large page full of slots – and I grabbed the upper left-est (the first one I saw) and locked it. 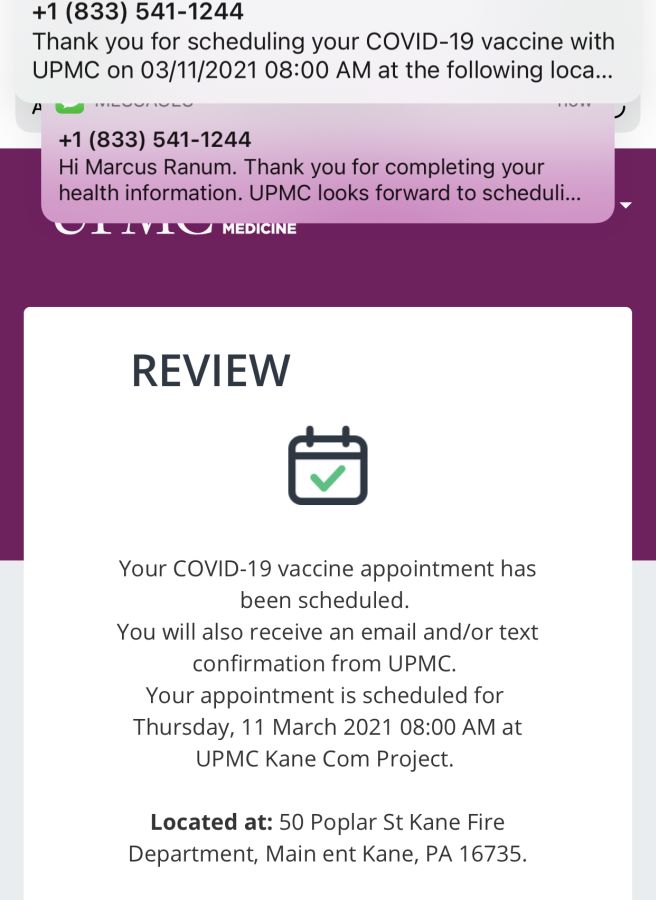 When I filled out the Pennsylvania government’s qualifying questionnaire, I put that I am obese (I am, if you believe in BMI, which I don’t) and an IT specialist (I am, among things) I guess that one of those factors qualified me. In the last few weeks I’ve checked with a bunch of my mostly well-off, white, nerd friends and almost all have gotten the shot. So there’s anecdote about the bias in who’s getting the shot first: white people with money.

I feel like I have (almost) won the war on the pandemic. One more day. I’ll still be in the danger-zone but I’ll call it a watershed moment, when I get the COVID-19 supplement to the armful of flu vaccines I got 3 weeks ago. I didn’t mention the flu shot here, because why would I? Nobody should care. The only thing I’ve noticed is that they use fantastically small needles now, you hardly feel them.

I suppose it’s semi-related but I also feel like I won the war on drugs. That’s right! Me. I won. I utterly defeated decades of government policy criminalizing marijuana. Me, and that approximately $150 it took to get my medical patient card. Now I can walk into the dispensary and buy amazing but ridiculously overpriced bud. Too bad marijuana doesn’t do very much for me (unless I am insomniac) but it was a small anti-government gesture that I could make. The prices will come down when the invisible hand of the market shows up and does a miracle. Actually, I think it’s going to be alcohol all over again: half the price (or more) of the product will be taxes and fees. The capitalist middle-men will make lots of money and everyone will get their slice. I wonder if, someday, the fact that marijuana is illegal at a federal level but unenforceable, will end up as a 200 year-old historical artifact.

It amuses me endlessly, in a darkly bitter way, that anti-government fanatics focus on regulations (like wearing a face-mask!) that impact their lives in the slightest are oppressive and they need guns to prepare for a war – all the time tolerating a government that can be caused to punch itself in the face. The brains behind the F-35 program did more to defeat the federal government than any army corps of irregulars can do.