I actually was cute, once.

When my parents got married, they got one of those Bell&Howell 8mm cameras, and mom had a Pentax, and they did a lot of pictures. About 5 years ago, they boxed up the old films and sent them to a digital service bureau for scanning, so I got a couple of DVDs of kompromat in the mail. It’s interesting to go back through that stuff and see what triggers memories.

By the way: those of you with aging parents who may start to have problems with dementia – save those movies! They’re important for triggering memories that may be slowly getting shredded. When my grandmother was wandering in the twilit swamp, she used to brighten right up when my parents showed pictures of the grandkids.

Anyhow, I was trolling through some of those because I mentioned to a friend that when I was a child I had “blond aryan hair” and that statement seemed implausible.

So here are some pictures of Marcus when he was cute: 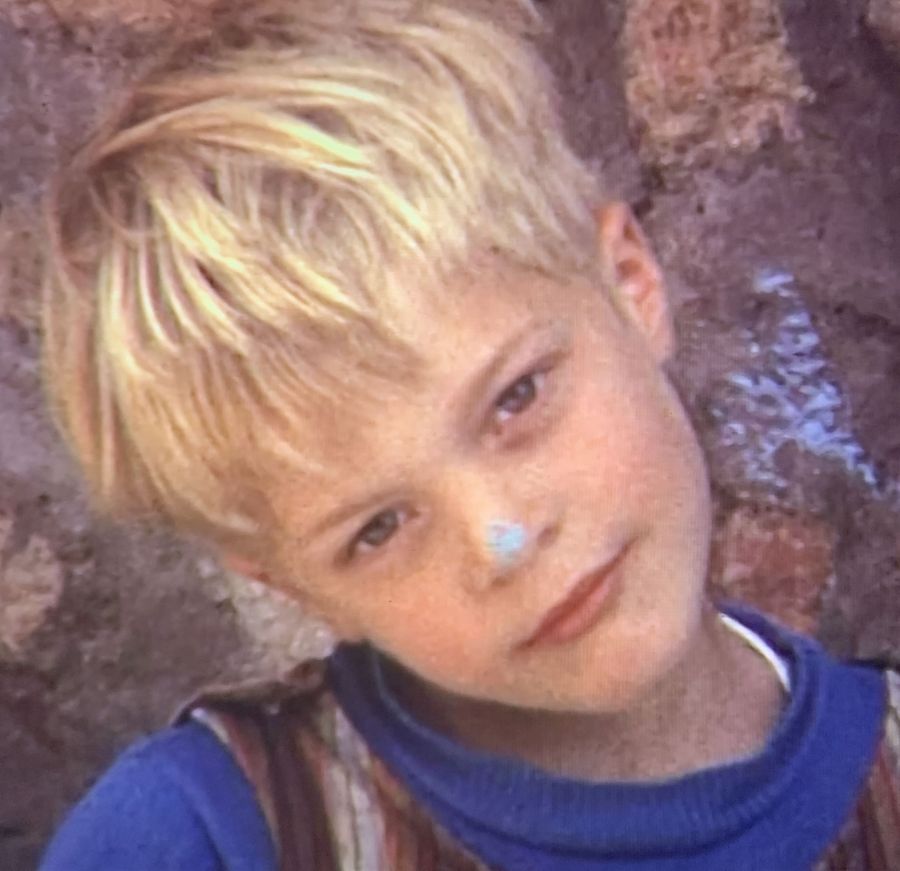 I remember when that was taken. We were painting the shutters at my parents’ friends’ house in France. It was this sort of ugly French Republic blue and my mom put a bit of paint on my nose and my sisters’ and shot pictures of us. You can tell I totally thought that bit of cheesy creativity was not me. And, the 60s/70s outfits were horrible. 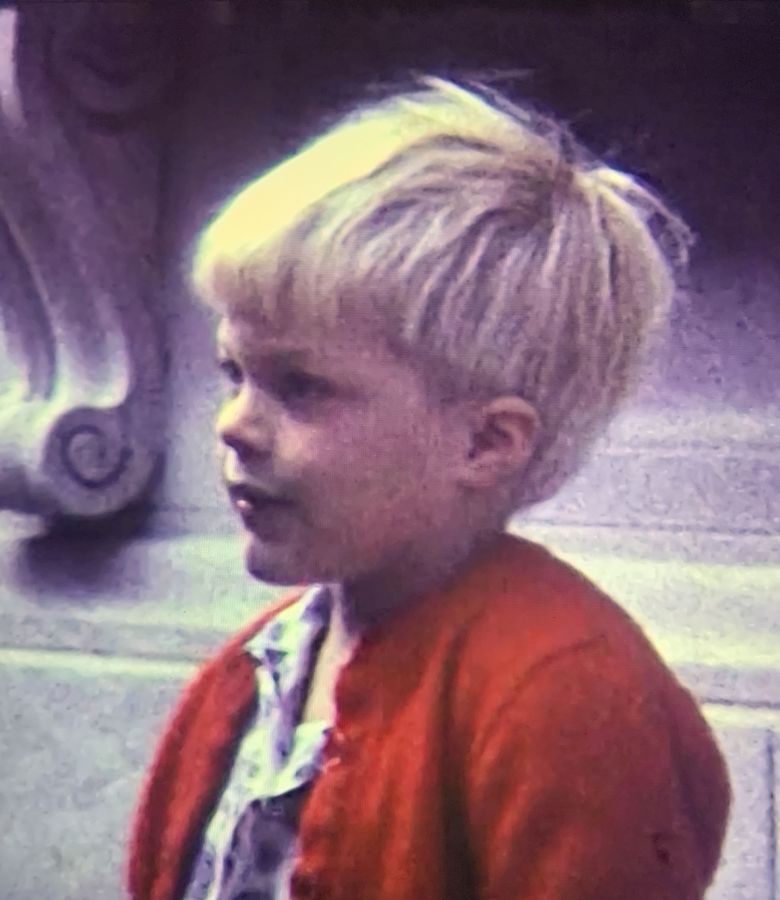 Apparently I tended to wander away, so my parents made me wear a red sweater. I recognize the background of that photo – it’s the steps of Low Library at Columbia University in New York. I spent a lot of time on those steps; they were great for galloping up and down.

I read a lot of Asterix comics and sometimes Roman siege machines were featured. I also was really into Ronald Welch’s Knight Crusader series, which led me to read Joinville and Villehardoin’s Chronicles of the Crusades when I was about 13 and my reading-rate was spiking into something ridiculous (2 or 3 novels a day). 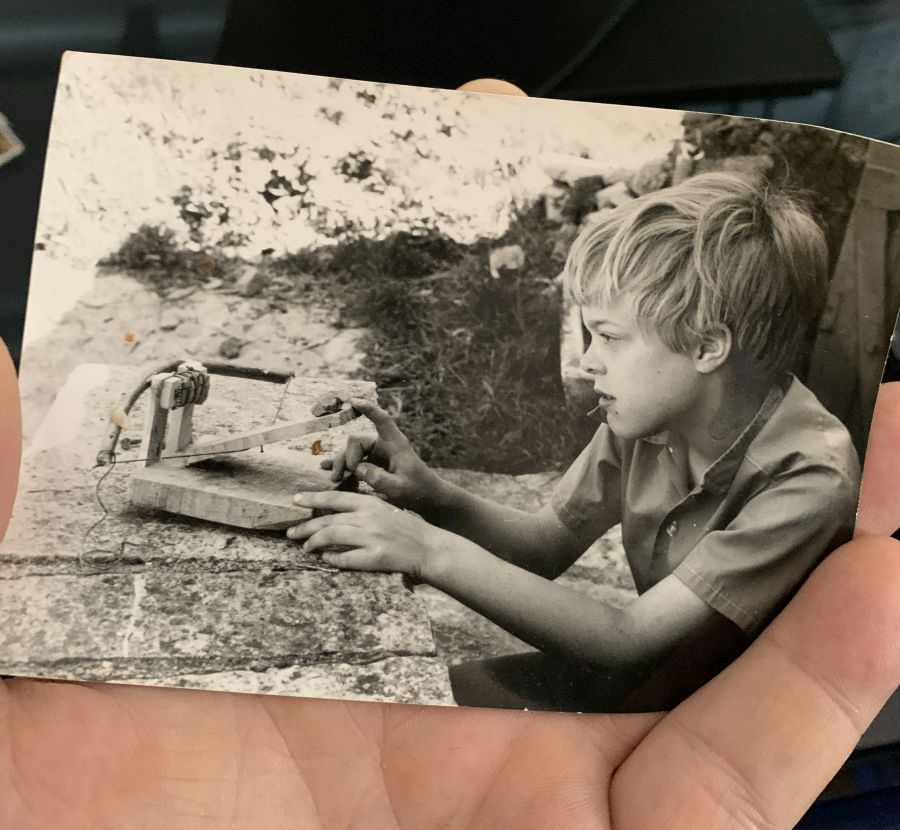 I think that was the end of the cute era of Marcus. After around that time I started getting darker and more worldly and playing war games and eventually Dungeons and Dragons which led me to Cthulhu and now I’m a supporter of QAnon. OK, one part of that thumbnail history was a lie.

Here’s one other one. My grandmothers both did a lot of sewing during the depression because that’s what you did: the household sewing machine is where kids’ clothes came from. I was rescued from having to wear feed sacks by a matter of years and the availability of inexpensive fabric when the economy was booming. My grandmother’s answer to kids’ clothes was to make the same thing for me as for my sister. So we matched. How cute. Except that often it was these 1970s-ish jump suits and stuff. I hated them but mostly didn’t care; I just wore them out. What I really wanted to wear was army surplus which, when I got my first weekend/after-school job building burglar alarms for a security company, in 8th grade, I bought lots of. I wore Vietnam-era battle-dress because it was (I still think) super comfy and utilitarian. I went around with all the pockets loaded like a green jungle chipmunk. But by then I was not “cute” I was segueing into “weird.”

Grandma made me a batman costume. I did not like it: 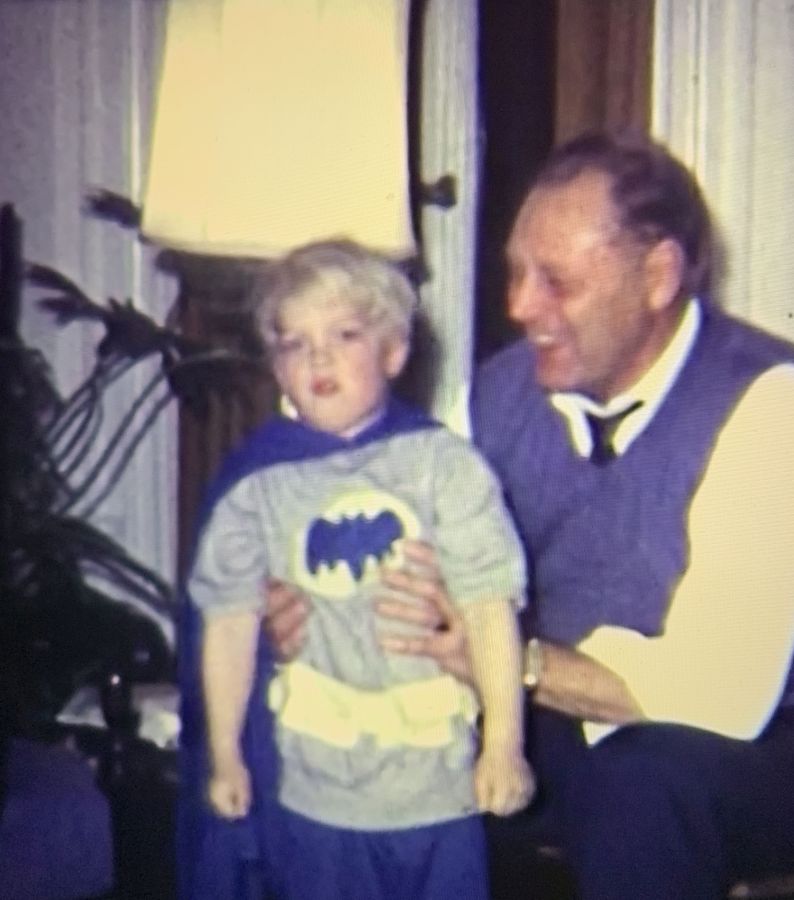 That’s my grandpa, holding me so I could not escape.