The climate disaster is going to be compounded by humans’ disastrous response. Imagine if you were in a burning building and there were marketing teams trying to convince you “that’s not fire!” and a government that was deeply invested in throwing burning fossil fuels about, with abandon.

I’ve mentioned this before, but I am absolutely appalled by the prospect that humanity’s collective response to the climate crisis is foreshadowed by its response to the Covid-19 pandemic. In every way, the pandemic is a bagatelle compared to climate change – yet, humanity utterly screwed the pooch on that, especially the vaunted “world leader”, the United States of America. The US response was particularly bad – unnecessarily so to the tune of perhaps 300,000 deaths – thanks to a science-denying establishment that downplayed the severity of the outbreak until it was too late to do anything but suffer.

If that’s the paradigmatic response of humanity to climate change, we can not just expect inaction – we can expect denial and disinformation. What is the environmental catastrophe’s equivalent of Hydroxychloroquine?

Here’s an example of what’s in store for us: [tc]

HOUSTON, Jan. 17, 2021 (GLOBE NEWSWIRE) – Media Advisory – TC Energy Corporation (TSX, NYSE: TRP) (TC Energy or the company) today announced a new sustainable energy initiative for the Keystone XL Project. The company will achieve net zero emissions across the project operations when it is placed into service in 2023 and has committed the operations will be fully powered by renewable energy sources no later than 2030. This announcement comes after an extensive period of study and analysis, and as part of the company’s ongoing commitment to sustainability, thoughtfully finding innovative ways to reduce greenhouse gas (GHG) emissions, while providing communities with reliable energy needed today.

“Since it was initially proposed more than 10 years ago, the Keystone XL project has evolved with the needs of North America, our communities and the environment,” said Richard Prior, President of Keystone XL. “We are confident that Keystone XL is not only the safest and most reliable method to transport oil to markets, but the initiatives announced today also ensures it will have the lowest environmental impact of an oil pipeline in terms of greenhouse gas emissions. Canada and the United States are among the most environmentally responsible countries in the world with some of the strictest standards for fossil fuel production.”

I assume Richard Prior is a childless nihilist who has decided to run out the clock on humanity, because confronting climate change is just too inconvenient or something. Speaking as a childless nihilist, myself, I still can’t wrap my head around the idea of not caring that I’m leaving a (literally) smoking wreckage behind me. What’s the point? It can’t be love of money, because there are plenty of ways for a (doubtless) wealthy person like Prior to make huge scads of additional money – does he just hate humanity? What the hell is going on?

Keystone XL is a pipeline intended to carry bituminous tar sands, some of the most polluting fossil fuels known to man, which are also additionally polluting because of the difficulty of extracting them. The whole process hangs on the edge of profitability, but it’s being pushed by Canadian mining interests and it represents a lot of money for a lot of people. Because, apparently, they are not willing to forgo the opportunity to burn a bunch more fossil fuels.

But this is sheer disinformation:

The company will achieve net zero emissions across the project operations

Personally, I am skeptical of even that, because there are no electrical bulldozers and earth-moving equipment. That stuff mostly runs on diesel. My bet is that the Keystone XL people are either 1) lying, 2) delusional, 3) planning to “offset” the emissions by performing good works, planting trees, or some other ritual propitiation of the laws of physics. I’m going to assume they’re just lying.

The main part that goes unsaid is that the product is still polluting as hell but Keystone XL is disclaiming any involvement in that. It’s as though though Saudi Aramco started billing their billions of barrels of oil as “green oil” because it’s being extracted without using much oil. Um. Of course it is, because lowering the energy cost of extracting the oil increases the profit margin. It doesn’t do a damn thing to significantly reduce the amount of CO2 going into the atmosphere.

the initiatives announced today also ensures it will have the lowest environmental impact of an oil pipeline in terms of greenhouse gas emissions.

I have used some sloppy powerpoint to produce an illustration of what we’re talking about: 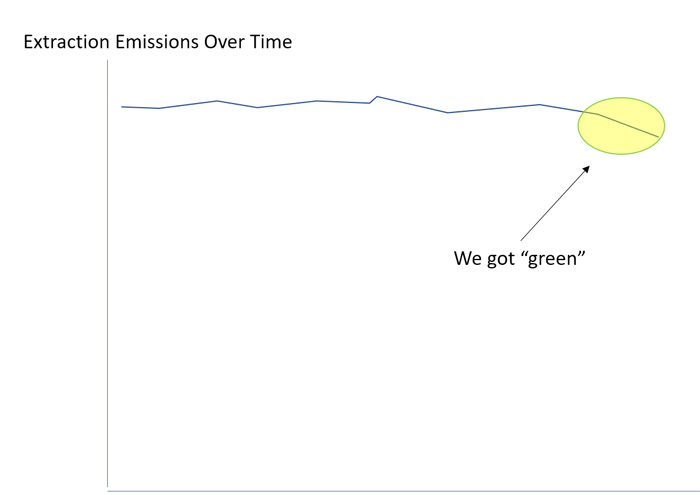 Also, remember that the pipeline is mostly built already – it’s already too late for most of the emissions. And, the main point is that the Keystone XL project’s product is the most polluting part.

Are. You. Fucking. Kidding. Me?

Yes, basically. But this is what we’re going to be dealing with: instead of responding effectively to the climate crisis, the corporations and governments are going to fall back on their usual panoply of tricks: lying outright, cooking statistics, classifying the nasty parts, and suppressing protest. Remember: the US is the “environmentally responsible” county that withdrew from the (inadequate) Paris accord, and cheated on it anyway by not counting its massive and polluting military as part of the US’ emissions. We look bad as it is, but if you add the military, it’s vastly worse. 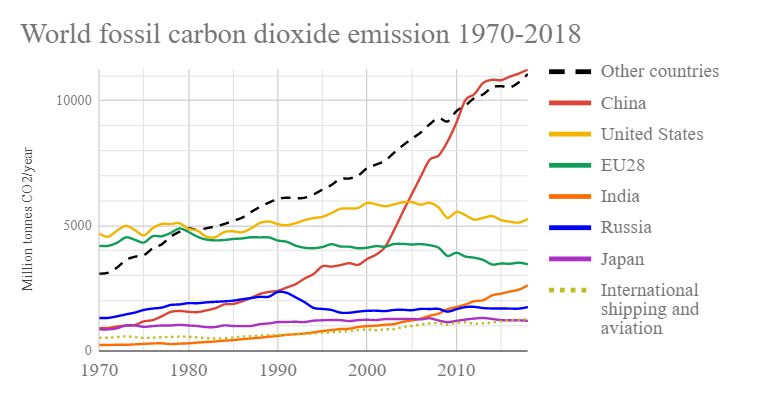 I used to know a junkie, who’d often say that they were going to quit just as soon as they finished what they were carrying. That’s, basically, the superpowers’ attitude toward fossil fuels, “we’ll quit, but we’re gonna burn what we have, of course.” Meanwhile, they’re always looking for more.

Get your act together because we will either all hang separately or together. Your power-games now end in death for us all. This shit is serious and I am very unhappy that the world’s response is in your grubby little incompetent hands.

I was also predicting that the world’s powers were going to track the worst predictions of the IPCC report, which is how it’s happening: [guard]

The melting of ice across the planet is accelerating at a record rate, with the melting of the Greenland and Antarctic ice sheets speeding up the fastest, research has found.

The rate of loss is now in line with the worst-case scenarios of the Intergovernmental Panel on Climate Change, the world’s leading authority on the climate, according to a paper published on Monday in the journal The Cryosphere.

Remember: the melting ice is the canary in the coal mine. The fact that the canary has been lying on its back, immobile for a while, means that the entire process is continuing. It’s not just a matter of sea level rise: the oceans are dying, crops are dying, people will migrate, eventually there will be mass anoxic events – which is a sciency way of saying there will be clouds of unbreathable atmosphere knocking around that kill everything underneath them. That last part will be a while off, so that Richard Prior will be comfortably in his grave and won’t have to worry about it.

In the quote above, I emphasized the word “accelerating” – it’s getting worse faster. And our leaders continue to put forth plans that are mostly kicking the can down the road for the next generation. The last time I checked, the US’ plan for emissions is that they will continue to increase until 2050 or so, at which point something magical will happen. You know, like how the summer sun is going to make the Covid-19 go away?

The living will curse the memory of the dead.