A bit of silliness; it’s actually kind of fun to do.

A few years ago, I took up a trick of muttering to myself in a nonexistent language that sounds like a mixture or German and Orcish – or perhaps the pseudo-Welsh that Morgaine Le Fay used in the 1970s Excalibur film. I’m totally OK with swears, but they’re limiting. After all, once you’ve called someone an “asshole” there’s not much to do except stare at your lack of creativity. Calling someone “blancmange” or “casu marzu” at least flexes your brain and vocabulary a bit.

That’s why I wholeheartedly endorse this idea a friend sent me from some social media or other: 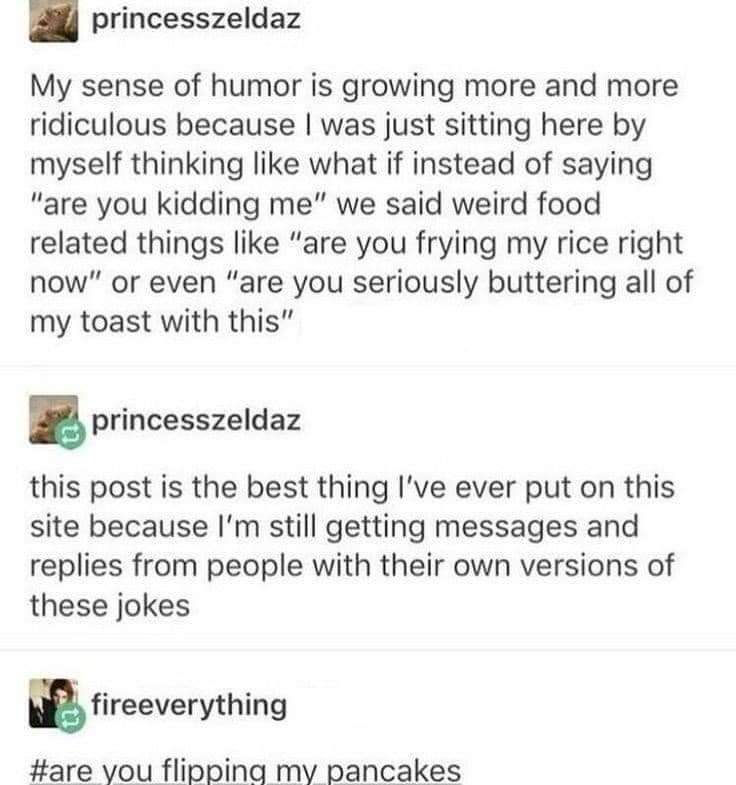 I learned about the power of creative cussin’ from a high school classmate named Alex C. Alex was always soft-spoken and polite, neat and organized, never wallowed around in emotionalism. He ran a catering business (in high school) that was quite successful, and was a really “squared away” fellow, though he sometimes came in for ritual abuse from the football players, in their relentless mission to enforce conformity with toxic masculine ideals. One day, Alex was walking through the common room with a tureen wrapped in a bit linen towel and someone bumped into him and he yelled “OY FUCKING VEY!” Suddenly everyone froze. Was that Alex who said that? Holy shit! As you can tell, Alex’ paucity with the swears made it a moment of note when he finally did deploy them; I still remember it 45 years later.

This is directly relevant to my Argument Clinic theory of verbal aggression. [stderr] In retrospect, I believe I still draw on that afternoon in 1976 or so, when Alex dropped the bomb.