(AKA: “the unpronouncable god”) – saying the name of god was punishable by death, so, uh, let’s call it (mumble) because a supreme being won’t be able to tell we’re talking about it if we refer to it as “Monique.” 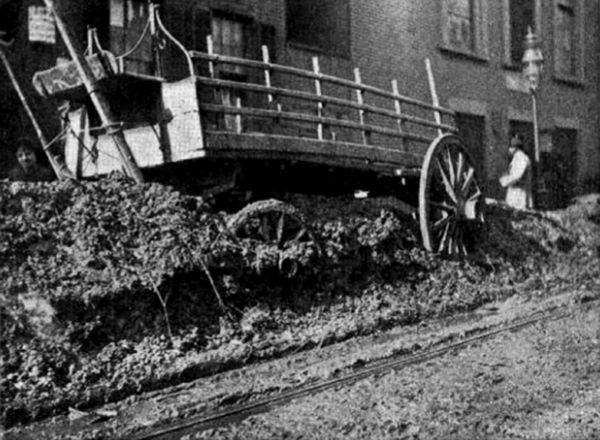 So, what’s the residual fuss about? Omnipotent and omnipresent gods already know what you think, so you may as well let rip with a great big blue streak. Besides, “shit” cannot bother god; he invented the fucking stuff and it gets all over the place.[stderr]

The problem is not the delicate ears – or whatever sensory apparatus – of god, clearly, because there are other words that are “swear words” which have nothing to do with dieties: fuck, shit, asshole, etc. As we have discussed elsewhere in Argument Clinic, these words only have power because they attempt to make an invidious comparison. [stderr] The word “shit” is insignificant; the actual usage is a short-form of “you are shit.” Once we understand how those words deal their damage, they can be deflected or ignored, as they are either true or untrue but, in either case, they add nothing to the argument. 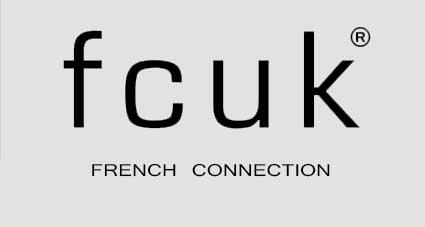 One of the more famous not-swears

Things get interesting when we elide or mix words, in order to achieve the effect of a swear-word without doing so. French Connection UK’s brilliant mindfuck logotage takes advantage of our brain’s tendency to attempt to make sense out of misspelled words, automatically. It’s the same mechanism as I used in the title:
F— You!

Our brains fix things up amazingly well! You can probably tell an American to “Fut the Shuck Up” and their brain will magically rearrange it until it makes sense.

As verbal combatants we can take advantage of this in two ways. If someone starts using elided words, we can red-herring them into a discussion about intellectual honesty:

Move: “F*ck you.”
Counter-move: “Oh come on. You mean to say ‘Fuck you’ – if you’re going to go throwing around empty words don’t try to empty them out even more. Have the courage of your convictions. It’s OK, I don’t get upset over people’s vocabulary.”

Move: “Fuck you.”
Counter-move: “Language!”
Counter-counter-move: “I’m not going to let you control my vocabulary. Words are just abstracts attached to sounds. If you didn’t understand what I said, I’ll explain it to you.”

Religionists’ attempt(s) to control language are merely part of an overall program of enforcing conformity, which is religion’s purpose and method. If you want to get meta-, and we here at Argument Clinic are huge fans of getting meta-, you can enter that into the discussion as in the example above: when your opponent is saying you are using naughty words, they are attempting to control your vocabulary; they are attempting to at least partially direct the conversation onto their preferred ground, where they can win. The obvious response to any attempt to control the conversation is to call it out, and reject it.

Move: “Please moderate your language, there are children here!”
Counter-move: “Everyone hears those words and survives the experience; I’m not going to let you try to control or dismiss what I say based on your desire to choose my vocabulary. Nice try, though.” (muttering “shithead” under your breath is optional)

What’s odd about the “your language sears my ears!” move is that it’s obviously not true. For someone to understand a word, they have to have it in their vocabulary, which means they’ve encountered it before. Since they clearly survived the encounter with their ears un-seared, they will survive it again. In fact, you’re helping desensitize the poor motherfucker to the naughty words. There’s a story that Samuel Johnson, when he published the first English Dictionary in 1755, was greeted by a deputation who congratulated him for leaving out the ‘naughty’ words. He, in return, congratulated them for knowing what words to look for.

Religious blasphemy laws are serious business; it’s the 21st century and you can still be tortured for blasphemy, so calling god a “great pantsload of shit” is not always a good idea. That’s why they want it that way, in fact. The last person in England who was executed for blasphemy was in 1697. [wikipedia] That’s what happens when people control your vocabulary: you get a warning sticker on a rock ‘n roll album, while your government casually talks about bombing civilians on television. That sort of thing ushered in a whole era of pseudo-cusswords, “geeze” instead of “jesus!” and “sheesh!” instead of “shit”, etc. Saying “sheesh!” is just as ‘bad’ as writing “sh*t!” which, to our brains, is just like saying “shit!” – i.e.: none of them are bad. But if you mean to say “shit” just say “shit” and be done with it. 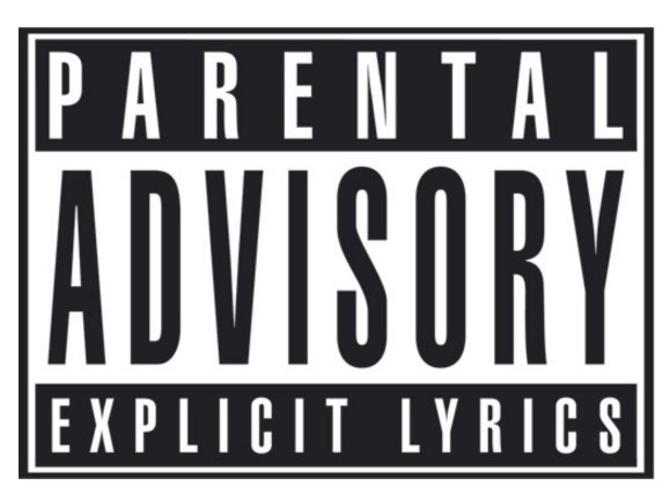 I wish kids came with a noise warning.

A child who hears the word “motherfucker” will either know what it means, or won’t. If they don’t, they will ask or figure it out from the tone of voice in which it is delivered, and they will know the word from then on. How does this damage the fucking child’s goddamn mind?

There are words that hurt, because of their history as terms of abuse. At Argument Clinic we recommend avoiding them in discussion simply because unpacking their history (if you want to use them fairly and properly) is going to significantly derail any discussion. This raises the question of using elided versions of historical terms of abuse. Here’s a challenge: see if you can get by without using either the elided version or the actual term. It’s generally a pretty straightforward exercise in creative use of language: demonstrate your badass languaging skills, motherfucker!

Terms of historical abuse: I have seen their use defended, occasionally, on the grounds of “free speech.” My opinion on that matter is this: I try to avoid certain words, anyhow, out of respect for the victims of historical abuse who are no longer around to object to having a bit more invective heaped on them. I don’t mind if their descendants want to “reclaim” the words and use them; they can have them. They can keep them. Keeping and owning those words is probably the only reparations they will ever get.

I used to have a guy on my World of Warcraft raid team who used “fuck” instead of “um” – I didn’t care except that one day I realized he was using up twice as much bandwidth in team chat. (Yes, Zil, if you’re reading this, I’m talking about you)

Let me troll cartomancer a bit: the Romans had pretty impressive swear-words, mostly to do with body-shaming and embarrassing acts. When I was in 8th grade we got our Latin teacher to teach us a few. But they were the minor ones. I’ve often wondered if the root of “irritate” is irrumatio – which I would translate as “frottage” but it was generally used the way we might say “skull fuck.”

A friend is on NPR intermittently and tries to use the word “fuck” at least once in every interview. Yay!

Putin signed legislation banning the use of swear words in the Russian media. In this case it’s social control, not religious control (they’re kind of the same thing) [guardian] My understanding is that Russians are veritable artists of invective; it seems like Putin is not #MRGA by steering away from their strength. Oh: the fact that some protesters had signs that read “Fuck Putin” has nothing to do with it.