I had the idea of making a large composite resin egg with a theme inside. Like, the ‘Dune’ egg (still in progress) this is a resin-dunked homage to literary pretensions.

The first one turned out pretty well, but it was a bit murky – when I cast the resin I added a swirl of pearl powder, which spread through the entire piece when it heated up during the curing process. So, my first sword in the stone was very Mists of Avalon. I wasn’t sure what to do with it but Anna really liked it so now it’s on her mantle. 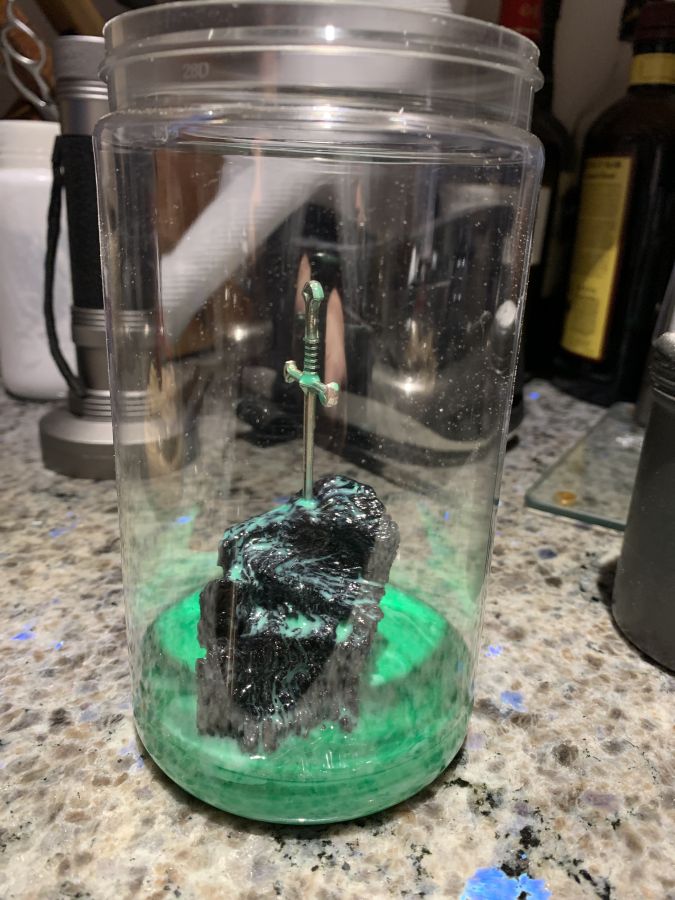 I’ve learned a few tricks. The first is: use a transparent PET bottle for assembling the resins. That way you can see what is happening while it’s happening. You can get them for about $1.50 apiece on Ebay (search: “clear 32oz PET jar”) The second is that the key to the whole game is layering. First, I vacuum soaked the bog oak and cooked it, then I did the first pour (above) which will serve to glue it to the floor of the jar so it won’t float up and bubbles can’t come from underneath the object. Third, timing matters, too – I have taken to keeping the plastic cup in which I mixed my resin and carrying it around with me so I can monitor how thick it’s getting. That way I can add a swirl or some color to the rest of the object when it’s thicker and less likely to run or mix.

When I go to mount it on the lathe, I’ll strip the jar off and use more resin to epoxy the bottom of the resin block to a piece of plywood that I can screw the chuck ring onto. That greatly reduces the chance of an unauthorized resin excursion.

Here’s another work in progress: 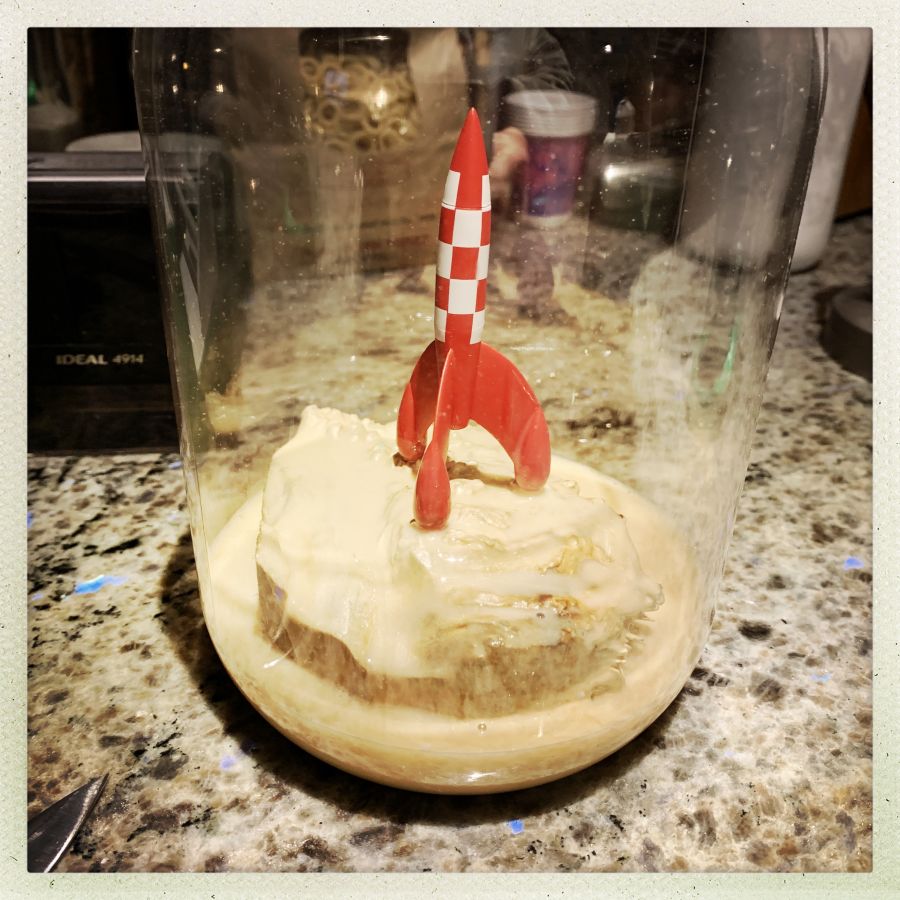 If I got it right, the maple burl is awash with swirly colored golden runs; it’s more practice for making the surface of Dune.