It was hot and sunny and we were outside, drilling holes and making cuts to join them with the sawz-all. The mid-beam was easy to lift up; I looped copper wire around the wood and made an eye at the end of the copper, so it could hang on a screw driven into the pole. It could be shifted back and forth without much effort. Drilling the pole was pretty easy, as was sawing it. 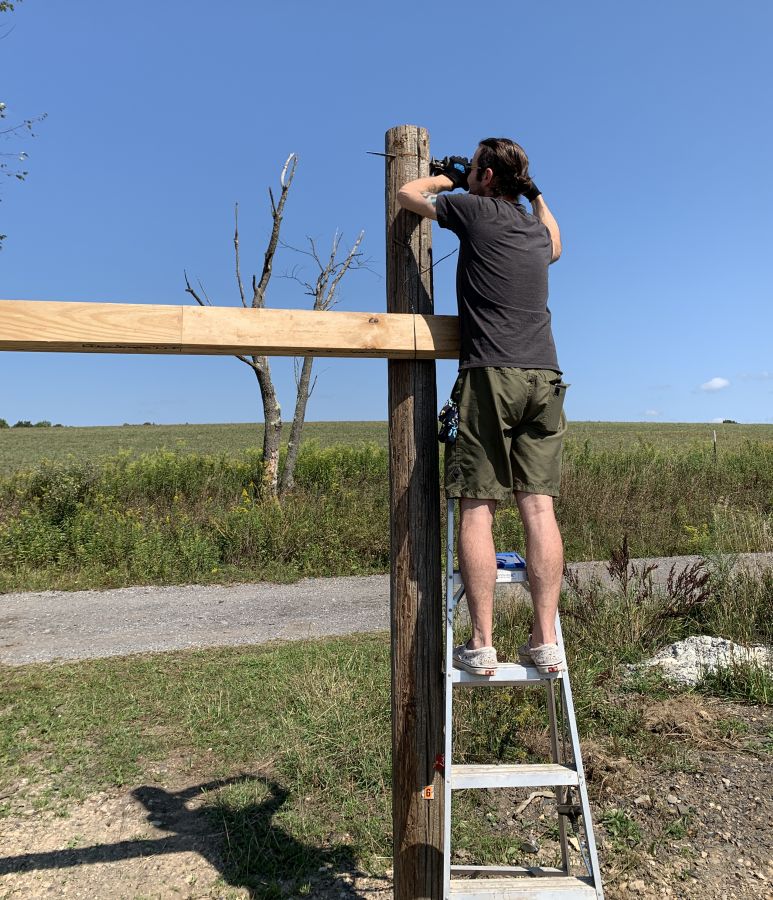 With the cross-piece level, it was possible to measure up and figure out whether the tops of the poles were even. One of the poles needed 3″ off the top, so that was done. It started to get hot and there was no cover, no clouds, and it was very bright. I think neither of us realized it because it was working the way it’s supposed to, but we were sweating like crazy. I was starting to sunburn and also hadn’t noticed it. The sawdust ejecting from the sawz-all pattering on my arms tickled and I didn’t realize the tickling was sunburn not sawdust.

Another thing that happens with this sort of project is there’s always something missing. In this case, it was a couple bottles of gorilla glue, for assembling the top beam. So we took a break and I ran for glue, came back, and work resumed. In the meantime, Q got a call from his client, who expected him to participate in some conference call and be present in a meeting (somewhere) on Thursday. Oops. So Q started packing and I noticed that I was getting really wobbly. I was badly sunburned, dehydrated, and making sloppy moves. 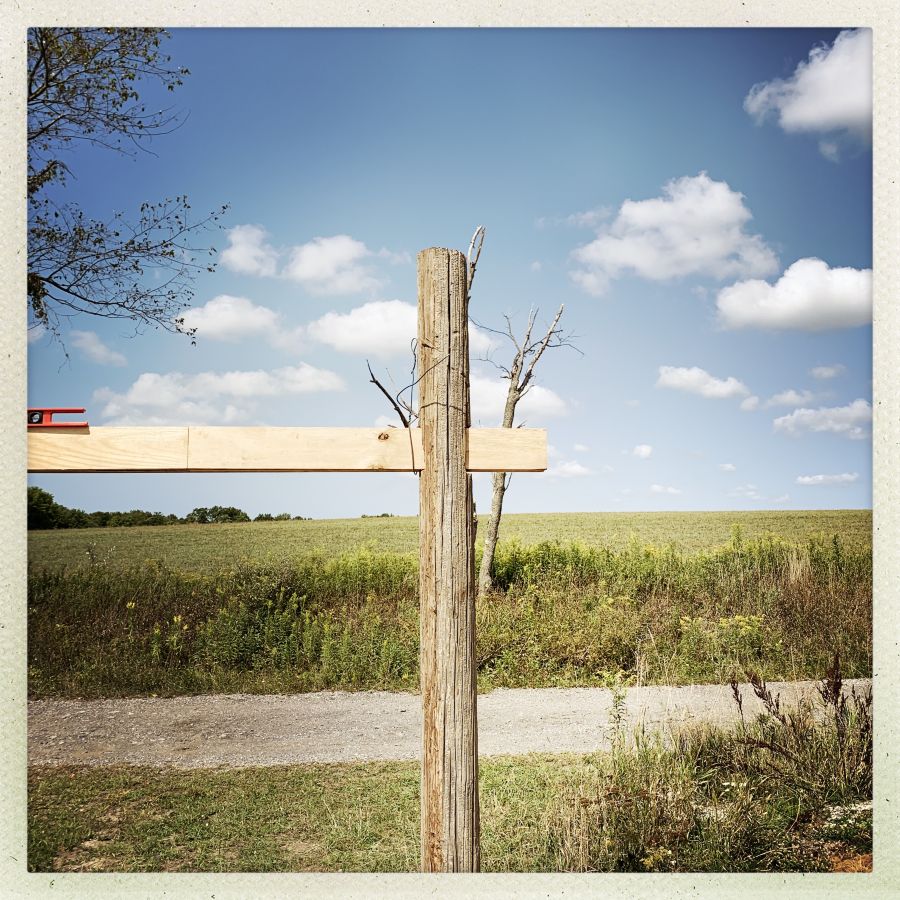 When you’re on a ladder, working with power tools, wobbly means it’s time to stop. So, we did. Q hit the road and I took a long cool shower, drank a ton of lemonade, and took a nap in front of the fan. That was the day.

Once the mid-beam was in, I measured the top and cut lines for it, and concluded that the top is a bit too big and not curved enough for the aesthetic I want. That means I’m going to re-saw the top line. It’s only an hour or so of work but it’d be unacceptable to finish assembling the thing and decide it’s ugly. That is not how things are done.

The poles are pretty solid, though there’s a lot of surface cracking on the outsides. So, the saw can go through the wood pretty easily, and it’s easy to kind of shave it at an angle with the blade. That, however, revealed that the poles are only “pretty solid” not fearsomely resolute towers of indestruction like they should be. I picked up a reel of half inch sisal rope and some big staples and more glue and I’m going to wrap the wood above and below the cuts, to reinforce it. A few coats of paint on the glue/rope composite ought to protect it from the weather, and wrapped/glued rope is a remarkable stabilizer – and it looks good.

So, I’m back to soloing a big project, which is something I am comfortable with and have a lot of experience doing. That does not make it fun, it just makes it “a project.” I’m sure I’ll have to slow down a bit and be a bit more analytical about how I proceed. I am considering just putting the top beam across the roof of my Tahoe, then driving the car between the poles and climbing up on the roof. First, though, I have some sawing to do. And I’m taking a big gallon bottle of water full of ice along.

The Super Sekrit Weapons System » « The Wednesday State of Play