The paramilitaries in Portland enjoy freedom of maneuver as well as local fire superiority. In that circumstance, they have “won” because they are able to leverage their superior force wherever and however they want it.

This is a barricade that was built on the Rue Voltaire (one block over from the hotel I prefer to stay in) during the events of 1871. France had serious political unrest, having just lost the Franco/Prussian War in a particularly humiliating defeat that also resulted in the capture and death of much of its political superstructure. Paris was garrisoned by militias, or national guard, whose loyalty to the state – which had just collapsed – was tenuous. There was a blip in which governance was gone and armed groups got to decide who owned the street. The French leaned back on the barricade-building skills that they had honed in 1830 and 1848. 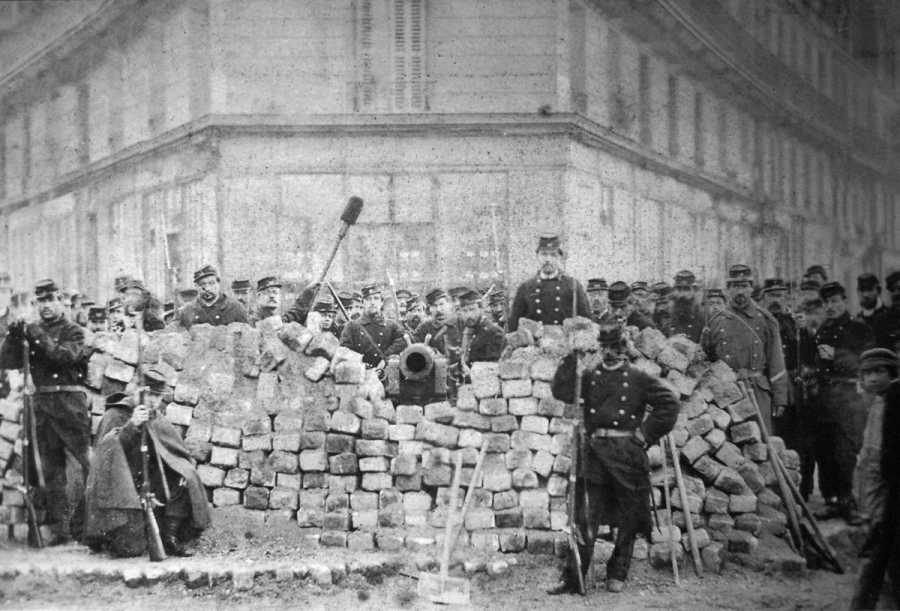 The men behind this barricade are uniformed; they are regular military troops who displaced the insurgents. None of this was accomplished without loss of life; on various sides in the highly fluid situation were nearly 200,000 men under arms for some reason or another. It’s probably a testament to French level-headedness (<- that is sarcasm) that the casualties were not higher. At that time in French politics, casualties were not a big deal – they had just seen their standing military clubbed down like baby seals by the Germans, and were enduring a siege that included starvation and German artillery firing randomly into the city. I mention these things so that nobody mistakes what is happening in Portland for being similar to a real insurgency. If Portland dissolves into semi-formed military units roving the streets shooting at each other while being shot at by civilians, then that’ll be more like it. 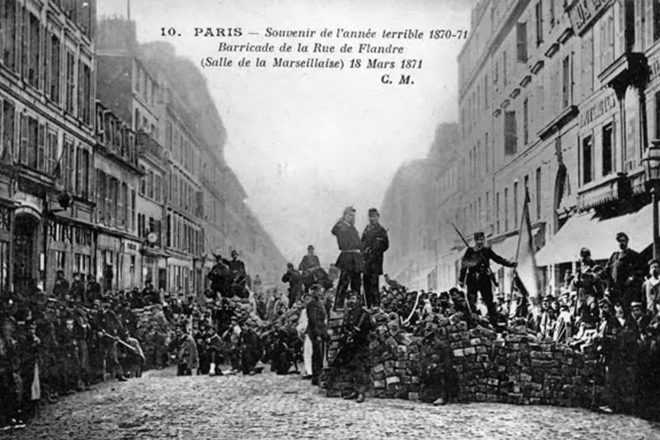 To help you position these things in time: the barricades after the revolution (the first successful one) that overthrew the ancien regime in 1789-1799. Napoleon Bonaparte led a successful reactionary counter-revolution and made himself emperor, based on demonstrating remarkable ruthlessness when he used artillery against protesters on the 13th Vendemaire – the fabled “whiff of grapeshot” 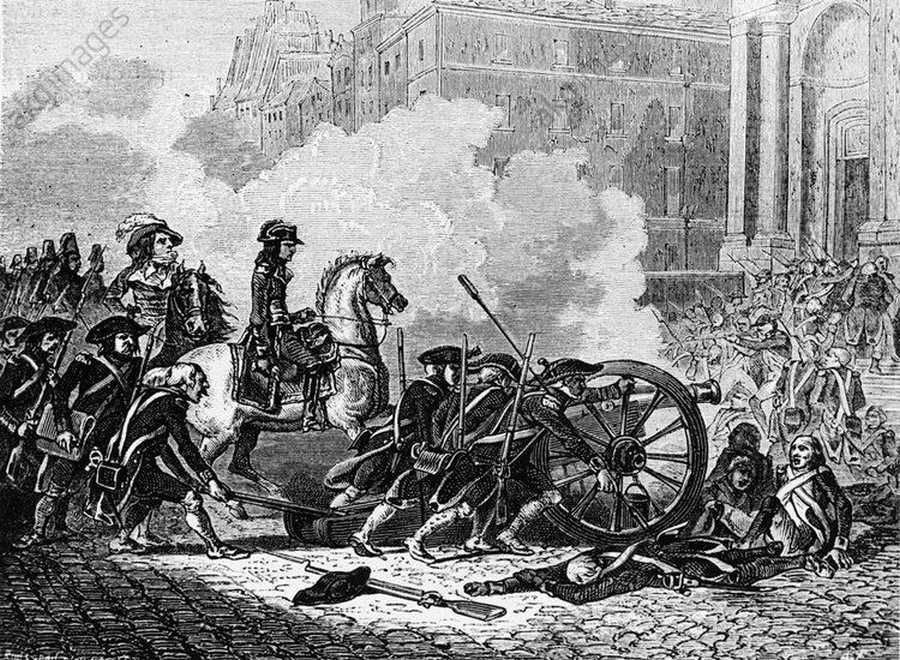 The next big revolution was 1830. Following Napoleon’s failure of politics by other means, France had a lot of angry veterans of the Napoleonic Wars, and opposing them was war-fatigue and the fear of a France supine at the feet of the victorious allies. The monarchy was briefly re-established, if only long enough for them to demonstrate that the Bourbons had not become more competent in the interregnum. The revolution of 1830 was fast, probably because of there being so many people with military training on all sides. You’re probably familiar with Delacroix’ great painting of Liberty leading The People. [wik] This has always been my favorite painting of the July revolution: 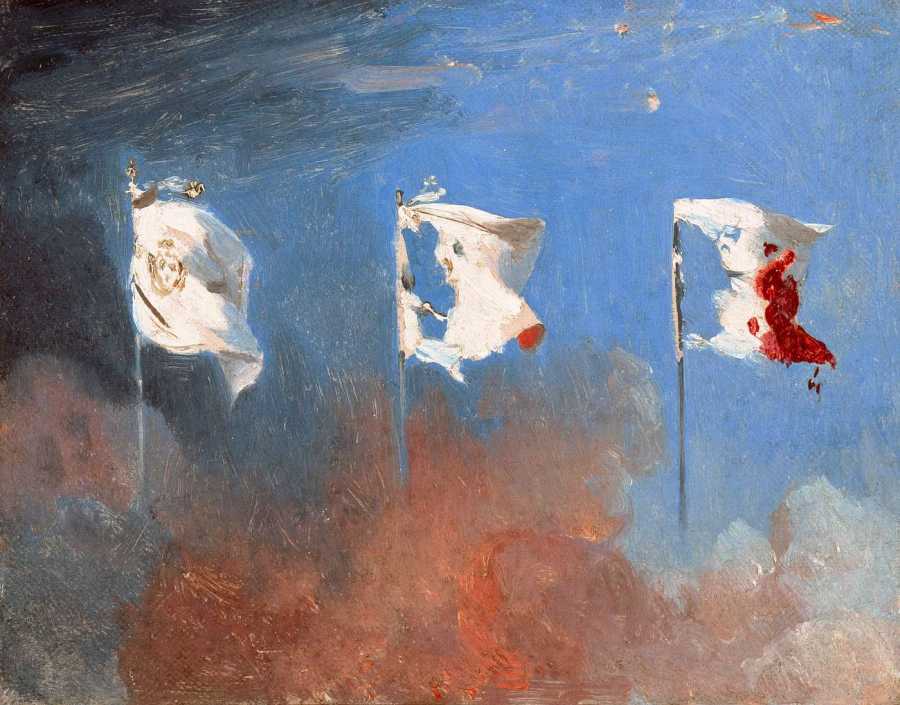 Scenes of July, 1830 by Coignet. The revolution was 3 days. It starts with the intact flag of the Bourbon monarchy, and ends in bloody shambles.

The revolutionaries organized effectively and developed the technique of building massive – and by “massive” I mean two story high, with parapets on top for sharpshooters – barricades, very quickly. Military units sent to knock down the barricades would march down the street in formation and, when they found themselves up against a veritable castle wall, being pelted by roof tiles dropped from 4 storeys up, they would turn to withdraw and find that another 2 story barricade had sprung up behind them. Then, the military unit would disintegrate into small mobs running through the buildings “sauve qui peut!” (save yourself if you can!)

Once rioters realize that they can mousetrap the forces of law and order, make them run, and take their weapons, then it’s all over. Mao and Stalin knew this. The military units garrisoned in public offices realized that they were cut off and surrounded, and began to disintegrate. It was over, soon.

The revolution of 1871, where we started, was the one that resulted in “La Commune” – the commune – a proto-communist semi-anarchic state that was like Seattle’s CHAZ except without croissants. (nobody had food because of the siege but they would have had croissants if there was any flour and butter) like CHAZ, the commune was crushed by the forces of reaction. But in the meantime it served as an interesting experiment – and warning – regarding popular governance. It turns out that people who find themselves unexpectedly in power don’t do a very good job of it because they have not spent their lives in the pursuit of power. Or; in the more unfortunate cases, there is a Bonaparte or Stalin in the crowd who does understand how to gain power, and then hell’s hounds are loose in the streets. That’s my round-about way of saying that I’m very happy that CHAZ was dismantled without the massive loss of life that would have resulted if an ethno-fascist with some charisma had managed to grab a microphone and create a disaster out of an incident. In the commune, they managed to create a disaster: the forces of the state had learned a lesson from the barricades of 1830 and they weren’t having any of that. They slaughtered the insurgents. 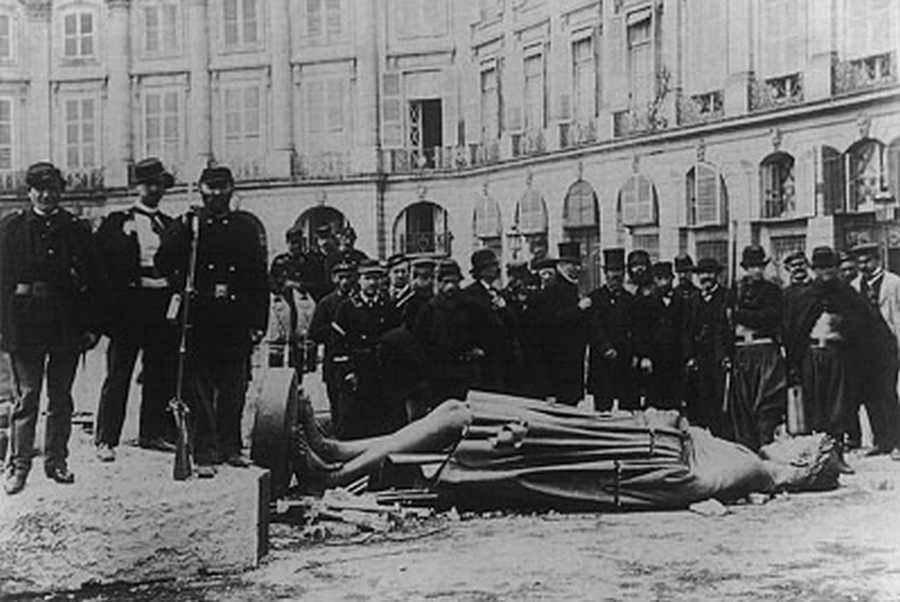 The military, which was located at Versailles (the official seat of power in France until after 1871 when it shifted to Paris) slowly crushed the insurgents in often brutal house-to-house combat with 100,000 formed troops against – whatever. The military were a lot better at war a l’outrance, and better supplied and commanded, so it was a foregone conclusion. They began grinding the national guard (the rebels) to pieces slowly, and the national guard began disintegrating quickly. Then, came the shootings and executions and the unmarked mass graves. 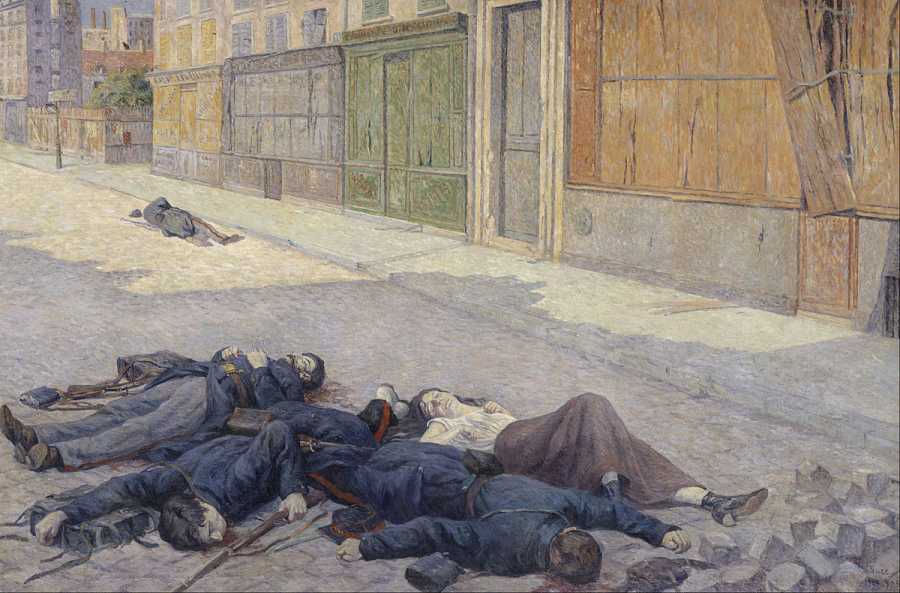 The “boogaloo boys” are currently auditioning for the role of the national guard insurgents: idiots who thought to provoke a war against the government and who found themselves hopelessly outclassed and outnumbered, then in shallow graves.

Revolutions do not succeed unless the military join in (then it’s a coup) or declare they will sit on the sidelines. 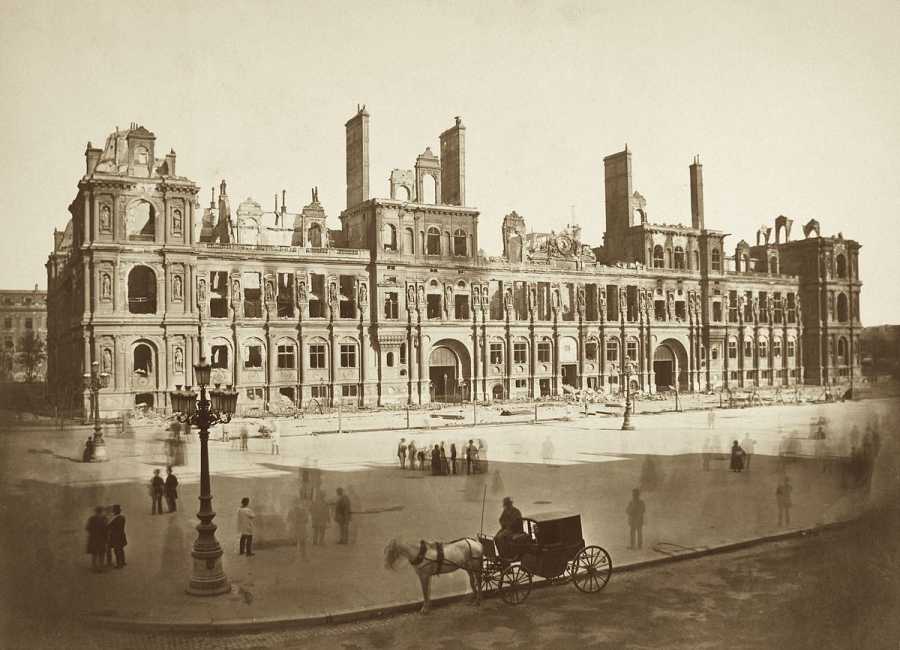 I find that burned out buildings have a depressing similarity; I suppose its due to the physics of fire and stone – but that photo could have been Atlanta after Sherman was done with it, or Berlin, or Idlib. Builders rebuild, blood washes off, and business continues as usual. 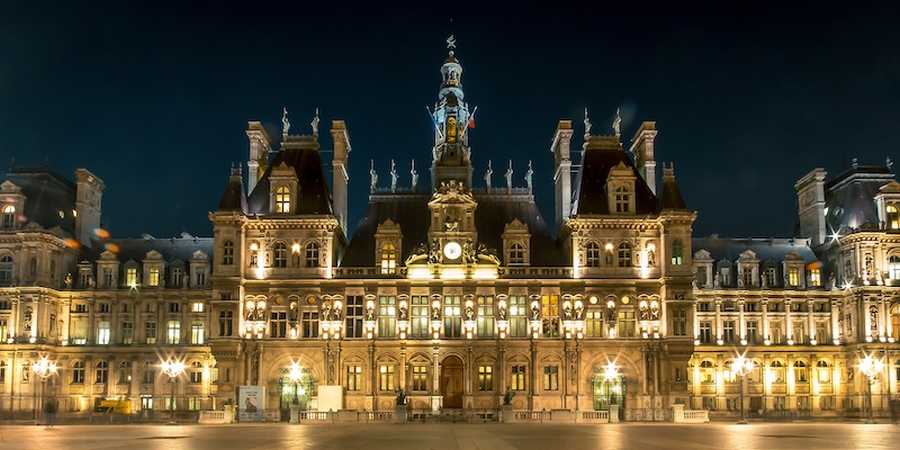 All of this is to say that Portland is nowhere near as bad as it could get, but I don’t think it will get worse because the parties involved haven’t built up enough of a head of despair and hatred to take the battle that far. Even today’s proto-fascist goons from DHS are probably not as dangerous as they wish they were – after all, they’re cowards that avoided actual military service in order to strut around beating on defenseless migrants. Militarily, they are cannon-fodder who cluster up in the street like they’re at a barbecue for tactical-wear models. Remember how the Dallas cops freaked out and pissed all over themselves when one not-very skilled sharpshooter started killing a few of them? The DHS goons would melt like butter if they were in a cross-fire from two sharpshooters. The good news is that the protesters have still not built up enough hate and anger that they’d cheer.

I guess I find this all comforting, because it reminds me that the situation has much, much, worse to get before the shit really hits the fan. Some of the people involved would probably not mind having the feces fly, but those people are the kind of cowards who hide in a bunker to give their orders. Bonaparte was sitting on his horse, staring right in the eyes of the mob, when he ordered the grapeshot to work. He would not have flinched from the sight, he had seen worse, would cause worse again and again. I find all of this comforting because it makes me believe that there is no Bonaparte or Stalin on the scene, and there’s no sign of one. The popular ground-swell of anger is justified anger, not deep hatred – it’s not too late for the state to fob them off with empty promises of reform from Nancy Pelosi and Joe Biden. The bitterness that engenders may be enough.

Next time, it’ll be the fire.

I have written elsewhere about Peter Watkins’ film Threads [Edit: this is incorrect] and why everyone should see it. But Watkins has done other brilliant and fascinating stuff, including Culloden – a sort of faux-reality journalism take on the famous battle – and he did a faux-reality documentary on the commune. It’s long and weird and dark and brilliant. If you’ve got the time, it’s really quite a thing. I’ll do a review of it someday if we all survive.

It is important to understand the French revolutions and, particularly, the commune in context. The Communist Manifesto was written in 1848 and the commune leaned heavily on marxist tropes. Reactionary governments and their industrial magnate and banker masters were profoundly terrified of marxism as a threat because they mistook the marxist ideology as the motivation behind the commune and the Russian revolution of 1923. These events may be seen as a political cri de cœur of the unhappiness of the working class. I believe all the communist ideology was an unfortunate smoke-screen for just “we are mad as hell and we’re not going to take it any more!” but a population that is being screwed by inequality masterminded by oligarchs needs a framework into which to contextualize their pain. The marxist framework made sense in a time when industrialization and industrial capitalism were driving massive inequality and brutal repression. Today, in the US, it’s baked-in USain racism and brutal policing. Between the Russian revolution and the commune, the UK/US governments became absolutely terrified of worker revolts, as they should have been. They managed to keep the people in line – in the US using a racist “divide and rule” strategy, coupled with brutal crackdowns on anarchists and communists by the secret police.

If the US establishment has any sense, they will defuse BLM by foisting Joe Biden and Nancy Pelosi over top of us, to wring their hands and explain that “it’s hard” – i.e.: Obama 2.0 – and giving just enough to get people to sit back down again. It’ll push the clock back another 8 years. I’m happy to see that most of the protesters are not reaching for anarchist or marxist tropes for their framing. As much as I appreciate anarchism as an ideology, I wish that the anarchists currently in the situation would shut the fuck up about anarchy and start talking about corporate greed and racism; but it’s too late. Besides, the forces of reaction were going to find someone to demonize, even if they just made up their Immanuel Goldstein; truth is no obstacle to the power-hungry.

Squick and Squeam At Fox » « In Case You Missed It