You probably already know I think the FBI are a bunch of chucklefucks. My perspective was formed by working with them on a few cybersecurity cases, including one back in the early days of the commercial internet, in which I was paired with an FBI supervisory special agent who thought that America Online was the internet.

Thanks to J. Edgar Hoover’s relentless self-promotion (in the form of promoting the agency he has been indelibly associated with), the FBI is generally perceived well by Americans. It’s a good example of the power of public relations and propaganda – Hoover, as we have come to know, was a narrow-minded blockhead who tended to fixate on an enemy and bring the most brutal force that he could to bear upon them. Hoover needed to be put into a hammerlock before he would move against the KKK, and never acted quickly or effectively to prosecute crimes involving race – if the criminal was white. [wapo, 2001]

This week’s conviction of former Ku Klux Klansman Thomas E. Blanton 38 years after he helped kill four little black girls in a Birmingham church is yet one more reason to wonder why J. Edgar Hoover’s name is on the FBI building in Washington. Because of Hoover’s 1965 decision to quash the FBI investigation of the 1963 Birmingham church bombing, justice may have been delayed in one of the Ku Klux Klan’s worst acts of racial violence in the civil rights era. 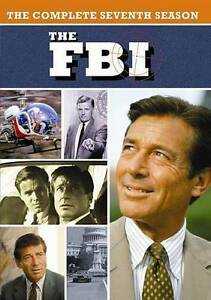 Blanton went free from 1965 to 2001 thanks to Hoover’s unilateral action. Was Hoover a racist? It’s hard to say; Hoover appeared to hate everyone who was not him. He profoundly hated “communists”, which I scare quoted because I’m not sure if Hoover actually knew what a communist was. He was a violent, narrow-minded, empire-building, ignorant, thug – i.e.: the ideal director of a country’s secret police.

The FBI has a long and ugly history of lying and incompetence, the one often serving to obscure the other. That’s why we should all be extremely skeptical when the FBI “investigates” the background of claims about someone like Brett Kavanaugh. The FBI appears to have done its usual half-assed job, once again. We also should not overlook the FBI labs’ heinous history of promoting fake police science, which has probably resulted in some innocent people going to prison because the operators of the crime labs just knew who was guilty and made the evidence fit their assumption. Basically, the one place where the FBI did innovate was in promoting itself through the medium of television and film, lending resources and credibility to police procedurals and gifting the media with a deep vein of content that they could mindlessly mine for decades. They’re still at it. [https://digital.gov/event/2018/07/12/an-inside-look-at-how-fbi-develops-engaging-video/] It’s actually mind-boggling how effective the FBI’s propaganda has been: in 1937, journalist Walter Winchell brokered the arrest of wanted criminal Louis Lepke, and Hoover himself appeared in front of the cameras to arrest him. I don’t see how that makes the FBI look competent, but that’s how things seem to work in bizzaro-land, USA. The FBI’s big media hit was “The Ten Most Wanted” list, which was basically a list of “people we have failed to catch.” Definitely glorious.

So, the FBI has recently been in the news, doing more of their pseudo-investigations. Trump, dipshit-in-chief, has been Twitter-whingeing at Bubba Wallace, suggesting that he should apologize for claiming that there was a noose in his garage. [guard] 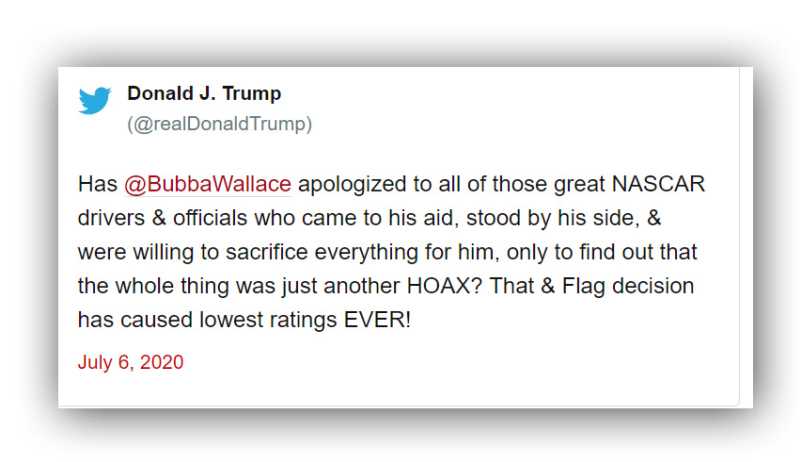 In case you are not following this important story, the FBI investigated the alleged noose and concluded that it was not a racist threat. Nothing to see here, move on, etc.

The FBI’s investigation was not very rigorous, it appears, according to The Guardian:

However, Nascar released a photograph of the noose, and said their checks showed that out of 1,684 garage stalls at 29 tracks, only 11 had a garage door pull-down rope tied in a knot. The only one fashioned in a noose was the one discovered by a crew member in Wallace’s No43 garage stall.

This is what the FBI investigated and concluded was not a noose: 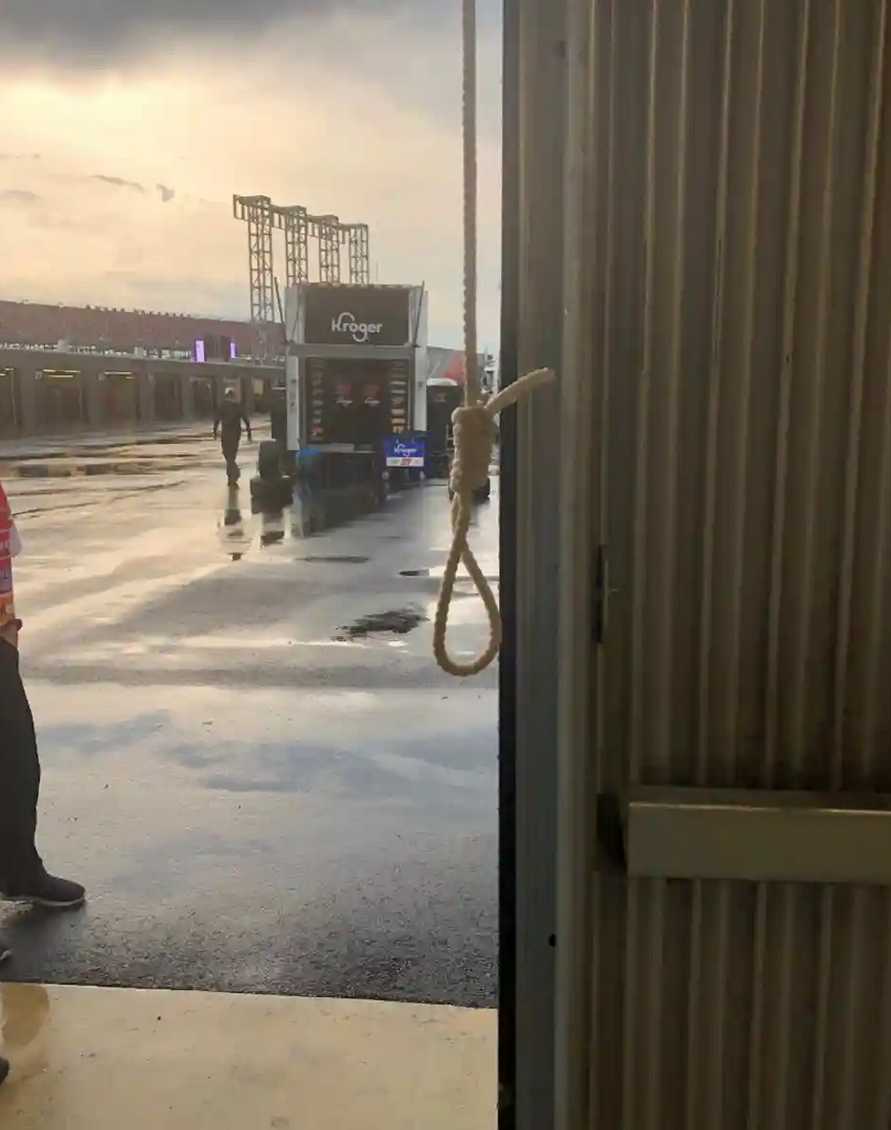 While we’re talking about defunding the police, can we talk about disbanding the FBI?

Even The Guardian‘s ace investigators didn’t ask the important question: do all the door pulls appear to be new rope? And were they all sisal rope like the noose, are are they a variety of ropes? The showstopper, I would think (other than the obvious fact that it’s a noose) would be if all the other door pulls were nylon rope, and only Wallace’s was sisal. Obvious bullshit is obvious bullshit, though. Why is the FBI holding up an obvious lie?

One of the other big successes the FBI holds up is that they eventually caught UNABOM, Ted Kaczynski. But, they didn’t! After years of having (supposedly) 13 people working full-time on the case, Kaczynski was finally turned in by his brother. In other words, the FBI was completely unsuccessful, yet they trumpet their unsuccess as an example of what great cops they are!