My posting about the coronavirus and the cruise ship as a “terror movie” was not a suggestion for how to reenact an actual terror movie. [stderr]

In my remarkably unsuccessful book on homeland security, I wrote that “Our collective reaction to SARS may have been a test that we failed.” And, damn it, that wasn’t a suggestion either.

I’m increasingly concerned by the reporting about the coronavirus outbreak, because it appears that governments around the world are trading their ability to respond effectively against the potential tourism impact. The end result is to make the outbreak much scarier and to keep people ignorant. Way to go, guys! If this is the test, we’re going to fail it too. 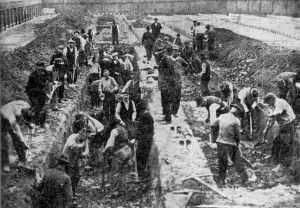 For example, the reporting on the outbreak largely focuses on South Korea, China, Iran, and Italy, right now – but there are outbreaks in North Korea and Singapore that are under-reported. Singapore is a huge transfer-point that’s very important and is also a shipping center.

Another aspect of a pandemic that is under-reported is that it will completely blow away the US medical insurance system, if hospitals are suddenly whacked with massive influxes of patients that need to spend days in intensive care. Sure, we should worry about taking care of people before we worry about money, but the aftershocks could be hospital bankruptcies galore, further enshitting the US medical system. In fact it seems to me that a massive collapse would be a great opportunity to declare the system “dead on arrival” and switch to a public healthcare option and cancel the F-35 and some supercarriers to pay for it.

It’s like something out of Doctor Strangelove that people in the political arena are screaming “SOCIALIIIIST!!!!” at each other, like it’s a bad thing, and there’s a strong possibility we’re going to have a pandemic hit us and concerted, effective government action will be the determining factor who lives or dies for hundreds of thousands of people. I feel like I keep waking up in a bad move, like San Andreas, except it’s not a movie.

It seemed to me that confining thousands of non-infected people on a boat with hundreds of infected people was a bad idea. And, it appears that it was, in fact, a bad idea because nobody understood yet whether the coronavirus could be transmitted before symptoms appeared. But what would have been the right thing to do? It seems odd to me, now, that 100+ years after the great 1911 pandemic, we don’t seem to have effective response doctrines for this sort of thing? Are viruses that different that it’s not reasonable to establish a standard outbreak response plan? Or is this just a case of “there is a plan, but nobody wanted to enact it because it would be bad for tourism.”

If you’ve ever wanted to go on a cruise, I bet tickets are pretty cheap about now.