This, from Malcolm X: 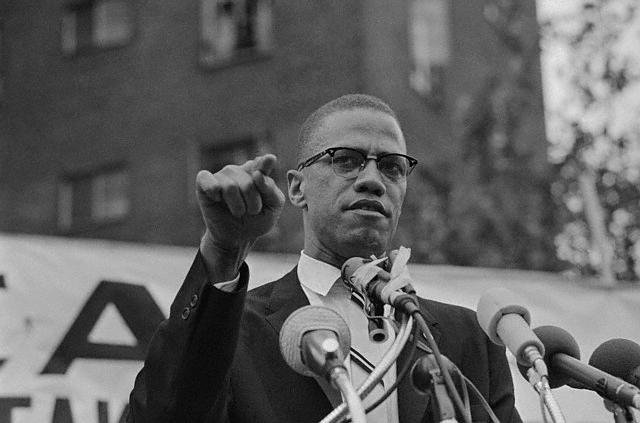 Trapped! Double trapped, triple trapped! Anywhere we go, we find that we’re trapped, and every kind of solution that someone comes up with is just another trap. But the political and economic philosophy of black nationalism – the economic philosophy of black nationalism shows our people the importance of setting up these little stores and developing them and expanding them into larger operations. Woolworth didn’t start out big like they are today; they started out with a dime store and expanded and then expanded and expanded until the day they’re all over the country and all over the world and they’re getting some of everybody’s money. General Motors, the same way – it started out a little rat-race type operation and it expanded and expanded until today it’s where it is right now. And you and I have to make a start and the best place to start is right in the community where we live.

So our people not only have to be re-educated to the importance of supporting black business, but the black man himself must be made aware of the importance of going into business. And, once you and I go into business we own and operate at least the businesses within our community. What we will be doing is developing a situation wherein we will actually be able to create employment for the people in the community. Once you can create some employment in the community where you live, it will eliminate the necessity for you and me to act ignorantly and disgracefully boycotting some cracker someplace else, trying to beg him for a job.

Any time you have to rely on your enemy for a job, you’re in bad shape.

He is your enemy. You wouldn’t be in this country if some enemy hadn’t kidnapped you and brought you here. On the other hand, some of you think you came here on the Mayflower.

We suffer political oppression. Economic exploitation. And social degradation. All of them from the same enemy. The government has failed us; you can’t deny that. Any time you live in the 20th century and you’re walking around here singing “we shall overcome” the government has failed. That’s part of what’s wrong with you – you do too much singing. Today, it’s time to stop singing and start swinging.

The white liberals, who have been posing as our friends, have failed us. And once we see that all these other sources to which we’ve turned have failed – we stop turning to them and turn to ourselves. We should be a self-help program, a “do it yourself” philosophy. A “do it right now” philosophy. An “It’s already too late” philosophy. This is what you and I need to get with.

When we look at other parts of this Earth on which we live, we find black, brown, red, and yellow people. In Africa and Asia, are getting their independence. They’re not getting it by singing “we shall overcome” – noooo – they’re getting it through nationalism. Every nation in Asia gained its independence through the philosophy of nationalism. Every nation on the African continent that has gotten its independence brought it about through the philosophy of nationalism. And it will take black nationalism to bring about the freedom of 22 million Afro-Americans here in this country where we have suffered colonialism for the past 400 years.

Because negroes have listened to the trickery and the lies and the false promises of the white man now for too long, and they’re fed up. They’ve become disenchanted. They’ve become disillusioned. They’ve become dissatisfied. All this has built up frustrations in the black community that makes the black community throughout America today more explosive than all the atomic bombs the Russians can invent. Whenever you’ve got a racial powder-keg sitting in your lap, you’re in more trouble than if you had an atomic powder-keg sitting in your lap. When a racial powder-keg goes off it doesn’t care who it knocks out of the way.

He made a chump out of you.

First elipsis, I deleted about 3 minutes where Malcolm makes the case that black people have become divided by religion and unity is more important than faith. It’s a good point but I think it detracts from the economic argument he’s making and I don’t feel like transcribing it.

Second elipsis, I deleted some joking about Muhammad Ali’s not being a very good singer.

Third elipsis, more about religion. Malcolm has to work to make sure he’s not being seen as an islamic separatist against christians because that distracts from his message of black nationalism.

The speech is quite long and it’s delivered in an angry, fast, high-energy burst of rhetoric. Malcolm X was probably a better speaker than Martin Luther King; as you can see he did not veer into sounding conciliatory at all. His points are good, and he refers back to them, lacing forward and backward through his arguments like a baptist preacher, so his overall sound would be familiar to his audience.

There is another part in the speech which is one of my favorites, but there’s a long piece I don’t want to elide to get there. He talks about Patrick Henry and says Patrick Henry said “give me liberty or give me death” but he didn’t have 22 million black Americans on his side and he was only talking about a few thousand Englishmen. Damn, that’s good stuff. He also comments about Vietnam, that black Americans are being expected to go stand up against 220 million Chinese and they’re supposed to come back to the US and be afraid of a couple hundred thousand southern crackers.

Malcom’s argument is brilliant and he touches on a lot of key points. He ropes in the relative danger of the Soviet nuclear threat compared to insurgency and does not forget to mention that the US government stupidly taught a lot of black men how to use M-16s in Vietnam. At one point (I may post it some other time) he points out the fact that 22 million black Americans represent a huge swing vote-bloc that, if it could act with any coordination at all, could become the controlling factor in American politics. He was right. He still expressed some hope that white America might adhere to some of its ideals. He was to be fatally disillusioned  – the Ballot Or Bullet speech was April 3, 1964 and he was killed in February 1965. King was killed in 1968.

Malcolm’s speaking style is relentless, crystal clear, and angry. As one of those “white liberals” that he complains about, there were several times that I felt like cringing. His rhetoric pulls the crowd along so hard that if he told them, “OK it’s time to go riot” they would have. You can see immediately why the US government was terrified of Malcolm and considered him a serious threat. I would not be at all surprised to find out that some of the CIA’s secret files from the period will show that Malcolm’s killers were part of the CIA’s Project Mockingbird (which was going on in parallel with FBI’s COINTELPRO) Oh: somebody shot him; we can close the case now: 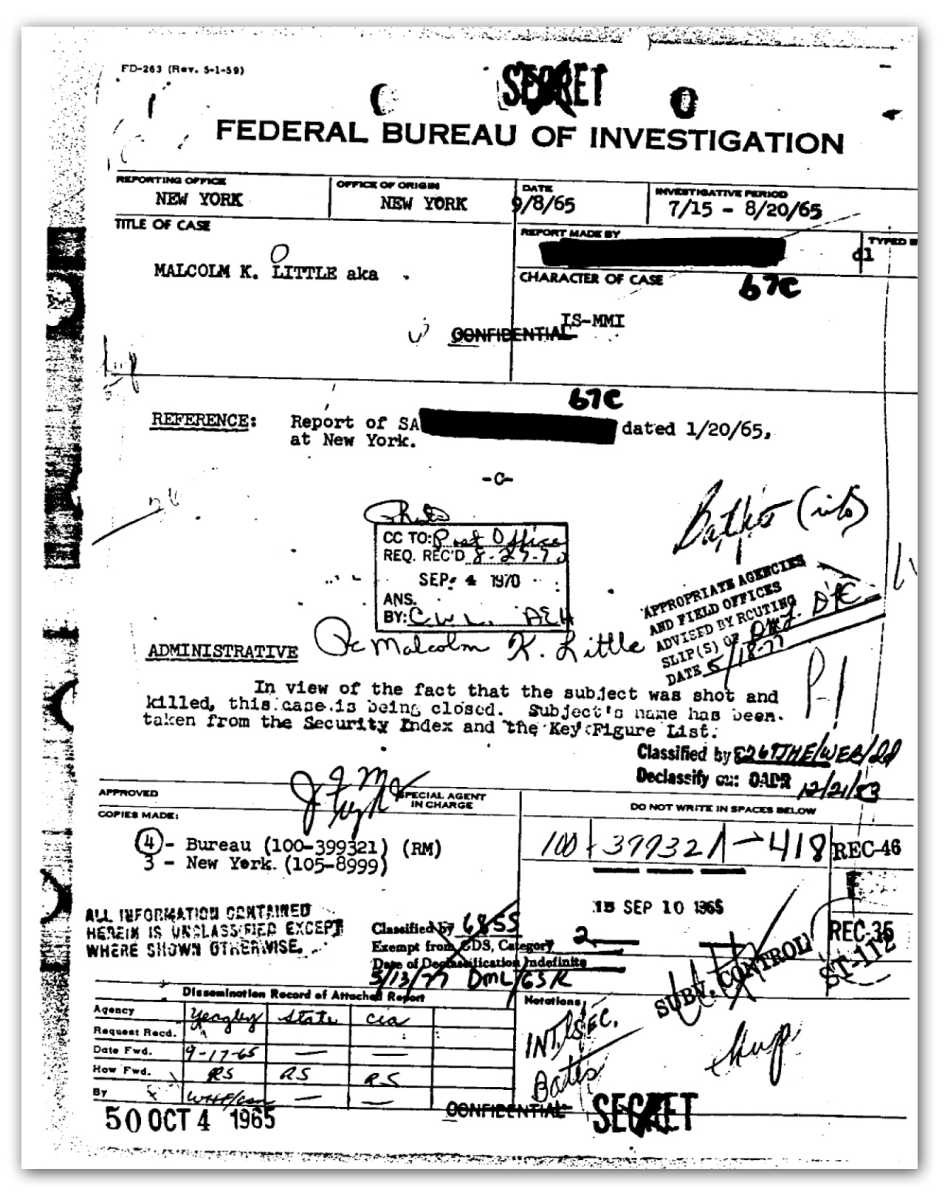