The guy on the far right is about to be pointing the barrel of his rifle into the back of his friend’s knee. Friends don’t do that. [salon]

Meanwhile, the guy in the center is aiming at his own foot. These guys are not off-duty rocket engineers.

I’d like to assume the guns are not cocked and loaded, but they might be. In which case, they ought not be walking around with their sweaty little fingers anywhere near the trigger, because someone might bump into them or sneeze. 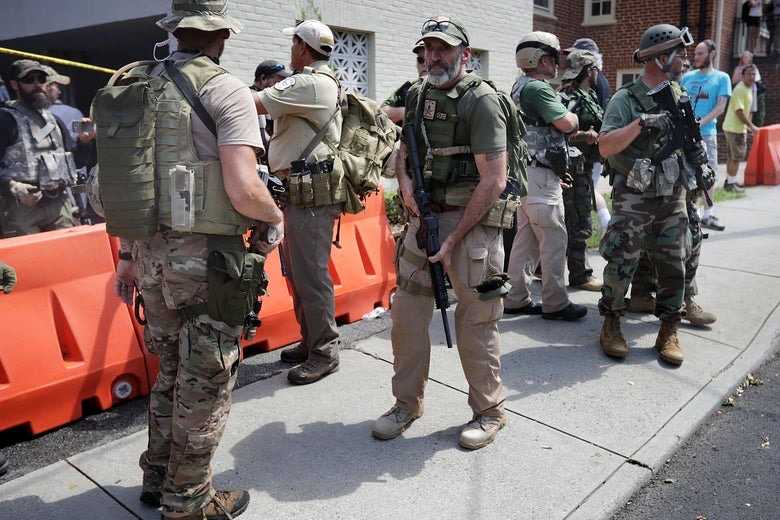 They’re not “gun nuts” they are particularly obnoxious cosplayers. Cosplayers who happen to support a particularly stupid ideology.

If they weren’t so obnoxious, I admit it would be fun to join them, wearing LARP-wizard, LARP-orc, and Star Trek cosplay. They’re ridiculous but they take themselves so seriously. 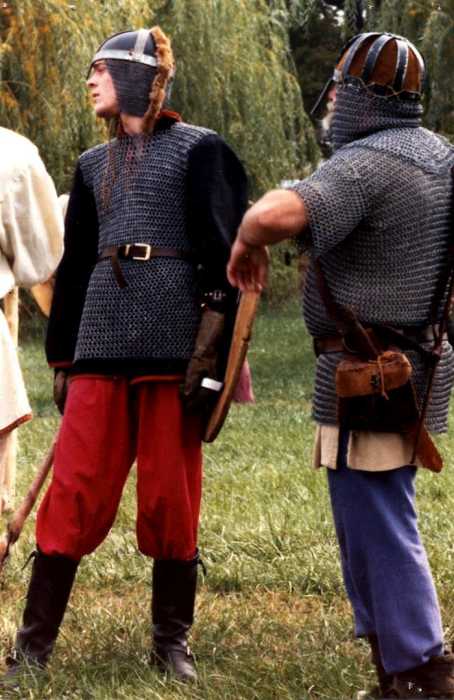