I get most of my woods and stock from Ebay. Back when I lived in Maryland, there was a craft-woods store but, up here, I live in the middle of miles of the stuff.

Usually I buy blocks then break them down into smaller blocks and consume them as necessary. Sometimes I get a new block of something in case I’m making something larger (like, say a scabbard for a seax) in which case I break off the pieces I need and then store the rest in smaller chunks.

So, I had this largeish chunk of maple that I thought I’d break down for display stands or scabbards, and I bandsawed it in half down the middle… and: magic! 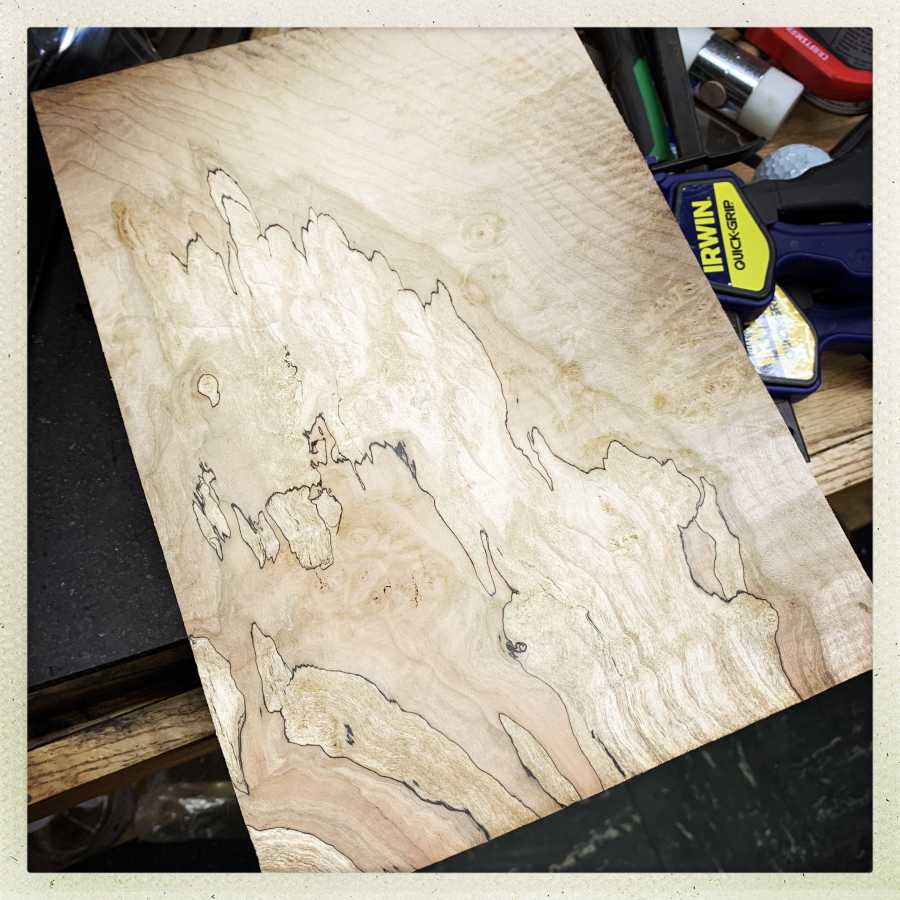 I swear it looked like more or less ordinary maple on both sides of the block, it was only crazy beautiful on the inside. I suppose if I had been able to read it better, I’d have known. It’s now a bit too thin to put on the lathe, but it’s going to make some nice knife  handles!