One of the great things about ebay and international shipping platforms is that you can get really odd stuff at fairly good prices; it just shows up in your box at the post office.

You would be correct to think that the postmaster at Morrisdale PO thinks I am kind of odd. I made a point once of opening up one of my boxes that contained some wrought iron stock, and a chunk of railroad track, so they could see that I’m not kidding. I am not actually shipping plutonium or fentanyl; it’s just stuff like steel, bismuth, and carbide powder. The nasty reagents all come via FEDEX ground. 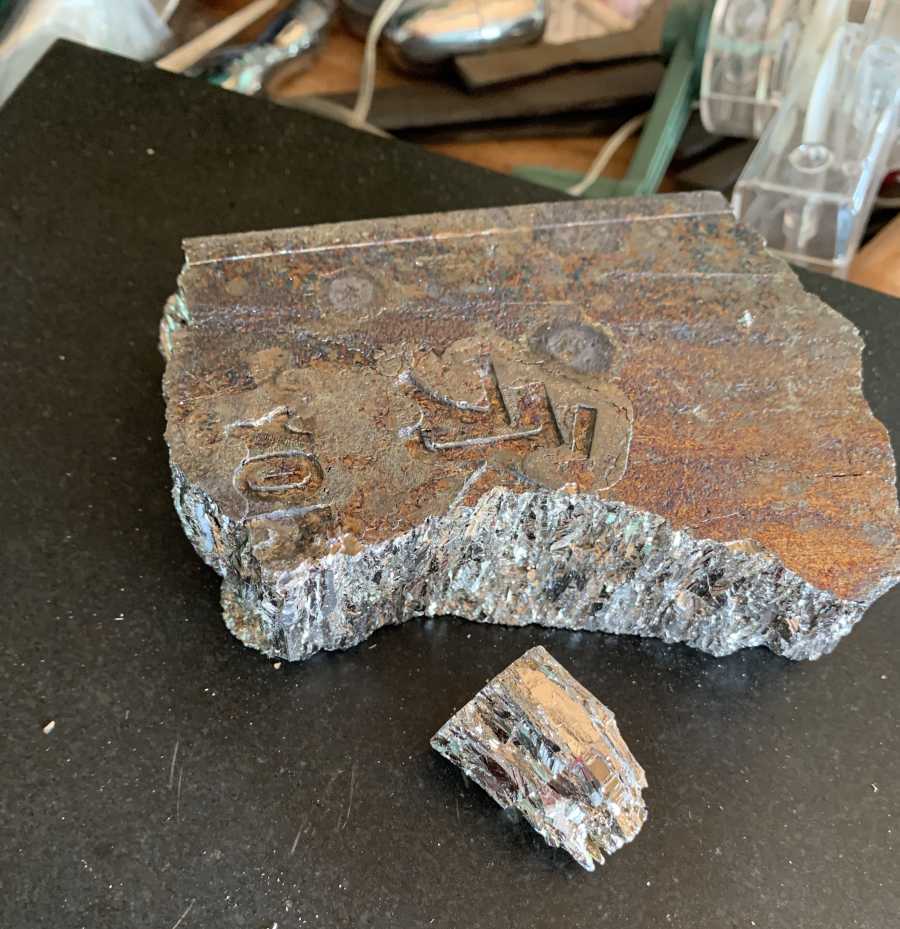 So, that’s what 5lb of bismuth (cost: $13) look like, direct from China. I believe the melting temperature is around 500F, which is very low. Next step is to make a mold for wax, using a pencil in silicone, then make a plaster mold and melt the wax out. I could probably do a sand mold, but I want the casting to be as clean as possible so I don’t have to sand it, because I don’t want to have to worry about what bismuth dust is like to deal with.

Back when I was doing wet plate photography, I needed concentrated nitric acid for my collodion (collodion is nitrocellulose dissolved in ether and alcohol!) and I spent a month and a half getting the necessary clearances from Fisher Scientific to purchase such things. Amazingly, in Pennsylvania, it’s harder to get process ethanol than it is to get concentrated nitric acid, because of Pennsylvania’s absurd puritan alcohol laws (which have been filtered through the legislative aftermath of The Whiskey Rebellion, which happened out here). The state authority denied my request for 2L/year of process ethanol, so I had to buy a case of Everclear when I was down in Maryland a few months later. Meanwhile, I ordered 3L of concentrated nitric acid and it never showed up. I finally called Fisher Scientific, and they were fairly unhappy and said they would look into it. The next day, FEDEX dropped off 3L of concentrated nitric acid – Fisher had decided to ship me more, so I would have it. And the next week, FEDEX dropped off another 3L of concentrated nitric acid. The FEDEX driver said “Sorry about the upset. Your box had intimidating warning labels so we left it on the loading dock and forgot about it for a week.”

Ohhhkay, I did some reading on Bismuth. That doesn’t sound like anything I want to have floating around in powdered form. I usually wear gloves when I work with mystery metals. Ugh. I may not want to smelt and cast and polish that stuff.

Sunday Sermon: China, If You Are Listening… » « I Came, I Sawed, I was Gobsmacked