All of the western nations have been caught in a lie; a lie of their pretended humanism. 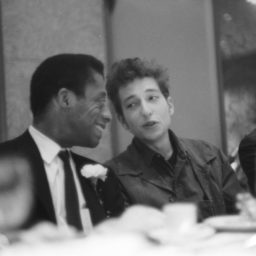 For a very long time, America prospered. This prosperity cost millions of people their lives. Now, not even the people who are the most spectacular beneficiaries of this prosperity, are able to endure these benefits. They can neither understand them, nor do without them. Above all, they cannot imagine the price their victims or their subjects paid for this way of life and so they cannot afford to know why the victims are revolting.

If you haven’t seen I Am Not Your Negro, yet, I highly recommend it. I’m not a huge fan of Samuel L. Jackson, who I used to think was overrated (and there was that whole Mace Windu thing) but his narration in this documentary is incredible.

I often feel there is nothing I can add to what Howard Zinn says, and that goes doubly so for James Baldwin, so I’ll just leave this lie.