The forging press (“red press”) arrived today. I wish the building was ready but it’s not. 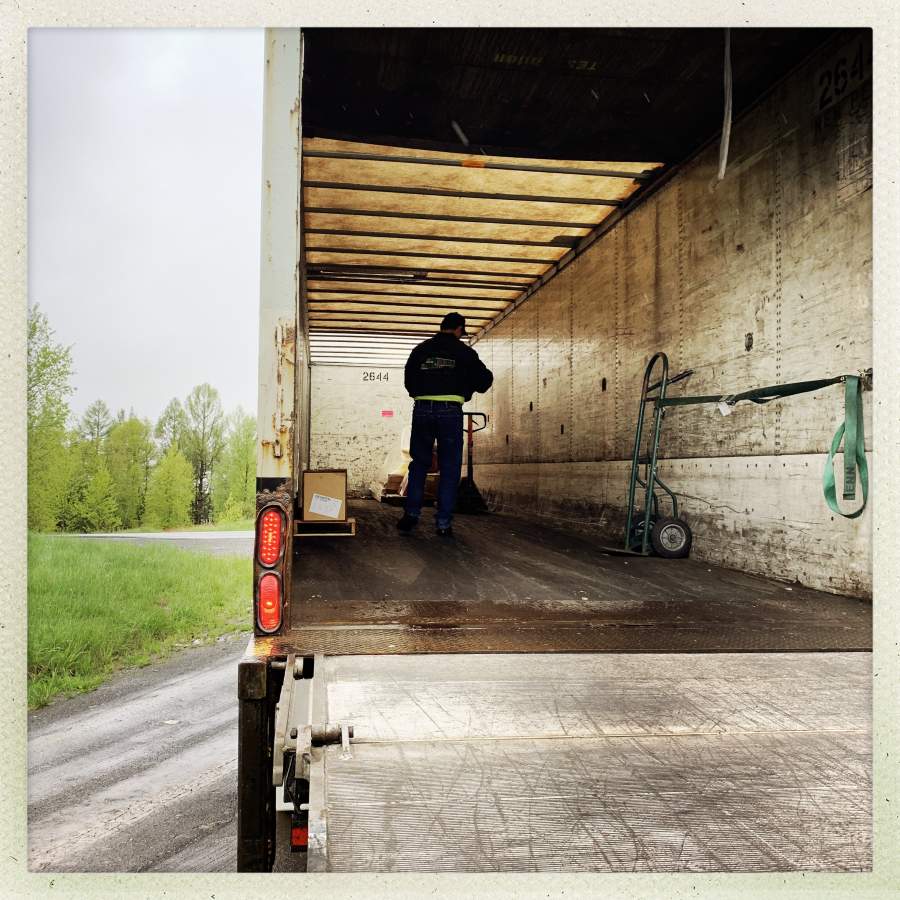 The semi driver had to find a flat spot that wasn’t too much mud, then dropped the tailgate. 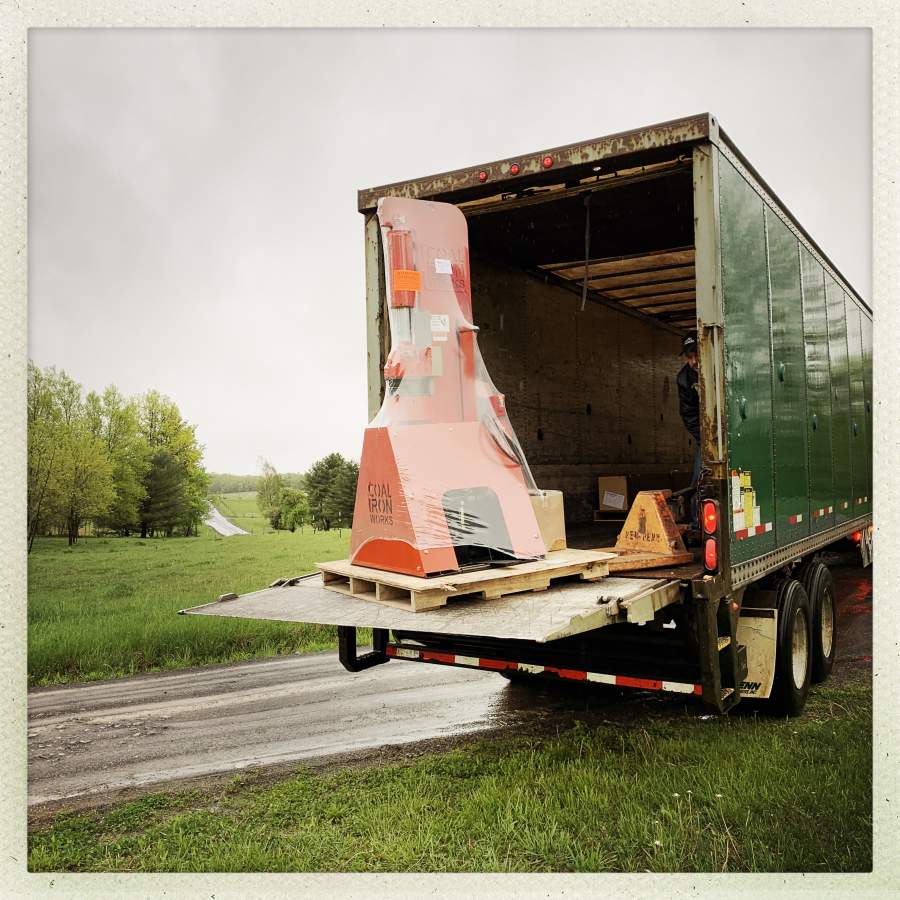 We both pushed like crazy to build up enough momentum to get the thing off the liftgate. As it happened, we got all of the pallet off except for about a foot, which the trucker was able to clear by driving the truck forward. 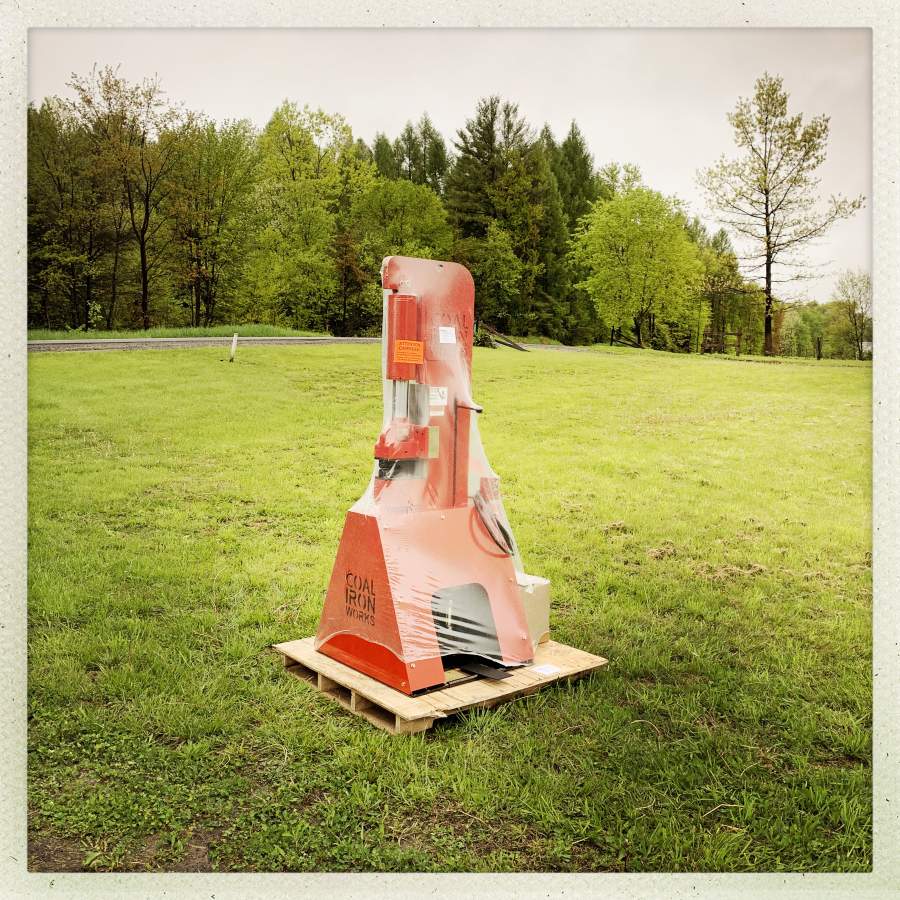 Out standing in its field.

After a while, Ken’s crew showed up with their crane and relocated the press to the horse barn, where it is perplexing Otto (who is mostly perplexed all the time, anyhow). It should be OK there until the walls and sides of the building are up.

The US’ dependency on semitrailers for delivery is incredibly inefficient. On the other hand, we stole this absolutely humongous chunk of land, and things are very spread out once you go outside of a city and its suburbs. When you’re talking about delivering large things like this, there really isn’t any other option but it feels incredibly wasteful to see that great big truck that can haul 60,000lbs of stuff, mostly empty except for my little press.

An Iran Scenario » « How To Burn Money Like Trump