The US strategy regarding Venezuela appears to be to cause as much pain and disturbance as possible, while offering “help” contingent on ‘regime change.’

While US sanctions (which amount to controlling Venezuela’s oil income) have helped crater the economy and caused a humanitarian crisis, the US is trying to get a measly $25m in “aid” across the border in order to help further separate the government and the people. (The same tactic that motivated the US “aid” to Somalia and resulted in the “Black Hawk Down” incident – a running gun-battle in a city full of civilians) 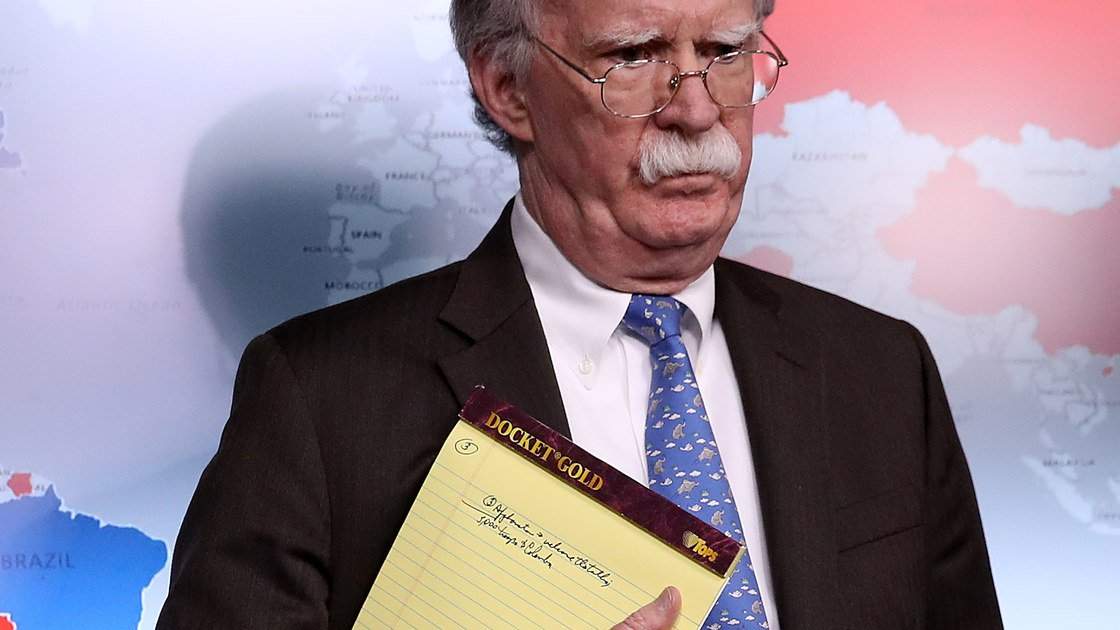 “We broke it, and it’s not getting any better until you give us what we want” is pretty basic power politics. How do you demonstrate control over someone: by making them suffer. Never mind that, at the same time, the US is freaking out about Central American immigrants in caravans coming North to pollute the body politic’s priceless milk-white bodily fluids. Everything is a mess – a created mess.

Now, there’s this, which sounds like it’s straight out of the CIA’s Vault 7 malware collection. Remember how the US is constantly banging on about the threat of the Chinese getting into our power grid and doing, well, this? [guard]

Venezuela: ‘country has stopped’ as blackout drags into second day

What is a “technological attack”?

On Friday morning, more than 16 hours after power failed across most of the country, Venezuela’s vice-president, Delcy Rodríguez, 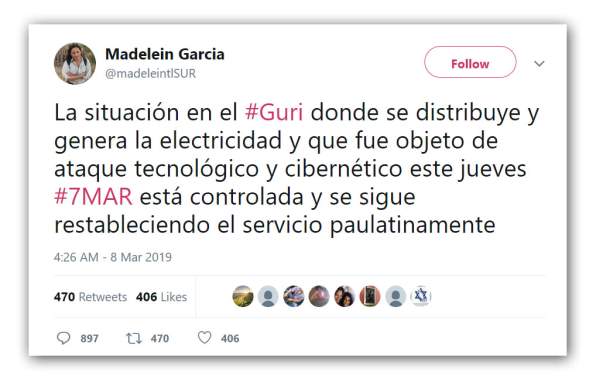 announced that schools would not open and private- and public-sector workers should stay at home.

Rodríguez told the state-run broadcaster Telesur her country had fallen victim to “an act of electric sabotage committed by Venezuela’s extreme right opposition” on a hydroelectric plant in the country’s south.

The streets of Venezuela’s capital, Caracas, were quiet amid growing fears over the human cost of what observers called the worst power outage in memory.

“I can’t even imagine how the children who are in neo-natal intensive care units spent the night – the ones who are connected to ventilators,” said Eunice Lample, a pediatrician at one such practice in Caracas.

It’s worth noting, here, that cyberwar is considered under international humanitarian law as part of a conflict scenario. If a nation attacks another nation’s civilian power grid (as has happened here) it’s not sufficient to say “it would have been much worse for you if we had simply bombed you like John Bolton wanted to do” – either of those scenarios amount to an attack on civilians. We all know the US doesn’t care about that, and has forgiven itself for any damage that it may cause, etc, but someday some of these clowns may be called to account for their actions.

This is being done in order to increase Venezuela’s Liberty level.

The US Government’s projections show that American use of fossil fuels will probably increase through 2050. [By which time the big die-off will be setting in!] It is absolutely unmistakable that Venezuela is sitting on a huge barely-exploited puddle of oil. The relationship between the history of oil exploitation in Venezuela and US government policy is unmistakable – the US is trying to gain political control over the world’s oil reserves; it’s not necessary to actually have the oil, it’s merely necessary to liberate some people. [cnn]

Remember this post when you read leaks from the US government, snickering about this incident.

Also: the Guardian is writing about this, but the US news is not. I know the Trump family’s dissolution is more interesting, but it’s a bit suspicious to me that there hasn’t been more coverage in the US media.

The history of the exploitation of Venezuela’s oil, and foreign companies’ drilling rights is complicated (I will go so far as to say I am not confident I can understand all the players) but it appears to be remarkably similar to the history of Iran’s oil and foreign companies’ drilling rights. There have been various cycles of foreign companies coming in and overthrowing governments, setting up sweetheart deals, then revolutionaries nationalize the oil reserves and the US becomes their implacable enemy because: socialism! Or maybe it’s simply “resistance is futile.” It seems to me that the one kind of “socialism” that is absolutely never acceptable is when a government nationalizes its oil reserves and throws US oil companies out. I’m sure it’s a coincidence.