Each RSA conference seems to have its hyped ${thing} – the buzzword that everyone is selling (usually in the form of “next-generation ${buzzword}.” A few years ago it was Big Data. Then it was Machine Intelligence. Now it’s…

There’s a relationship between all three of those things, it’s just not obvious. Big Data is: when you collect lots and lots of stuff about things and then use clustering algorithms and business intelligence to search around in it and uncover unexpected relationships between things that suddenly make you realize that you could make millions of dollars if you did something just a little bit different. Like, one of the things you could do differently is not buy a gigantic Big Data solution, and save a couple of million dollars; a penny saved is a penny earned and all that.

This is a problem I’ve worked on and with for almost 30 years, in the form of system/event log analysis. For decades, system log analysts assumed that their task was to get all the logs to one place (“aggregation”) and then store them. Ta da! Of course it turned out that it was also important to look through the logs and try to find indications of things going wrong. So, what do we do? Now that we have aggregated all the logs together, we parse them apart again – searching and separating that which was already separate to begin with. It turns out that what we wanted to do was aggregate some logs and leave others at the endpoints, we just didn’t know which ones belonged where and now that we’d spent the time aggregating them it was easier to just keep on doing it that way. It’s actually even funnier than this because the system logs already aggregate all the event logs in the system – so you’ve jammed the web software logs in with the system boot reports and if you want to look at one without the other, you have to process the logs to re-separate them. Sometimes that processing is time-consuming or expensive. 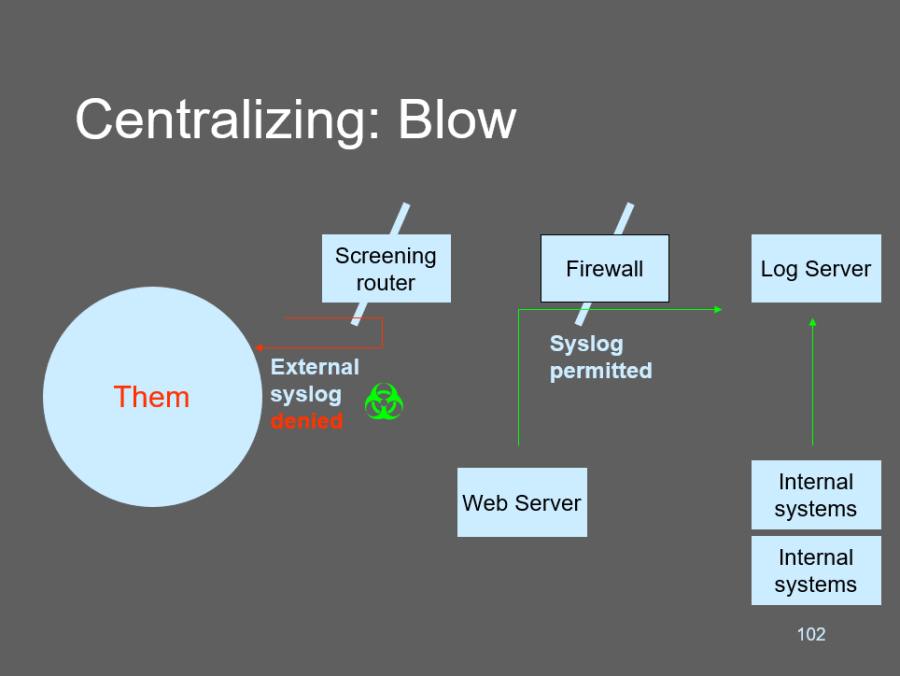 [mjr, 1997, from a class on system log analysis I used to teach at USENIX]

Big Data is basically the same idea, only more so. One of the things that makes system log data difficult is that it’s free-form text; each message has its own structure, but someone had the brilliant idea of letting software engineers define what system diagnostics should look like – so now they’re garbage. With Big Data, the idea is to push everything into some kind of server cluster, running business analytics and searching software and then you can use much better and fancier tools than the system log guys have, to re-extract data and turn it into business charts. In the mind of a CEO who buys a Big Data “solution” (we don’t know what the problem is, yet, so it cannot be a solution) there is this pile of data and someone can ask a smart question and get a fascinating answer. I.e.: “What is the most popular, up-trending brand of gym socks in our inventory?” That’s a fair example, except that anyone who was working for a retail company and had access to that kind of information would expect that question and pre-compute the answer (by categories) as the data was ingested in the first place. The reason WALMART is WALMART is because they figured that out decades ago and built automated supply-chain analysis routines that monitored their sales pipeline and did just-in-time order placement and shipping. When you talk to the Big Data salespeople they’ll cite WALMART but they don’t understand that, even in a best case where the potential customer is also a massive retailer, this is the kind of business analytics that are much easier to compute on ingestion, rather than in a query loop. Unless you sell storage and Big Data solutions, that is.

I’m not kidding. The Machine Learning and AI are going to sort through the Big Data and tell you what it thinks is important. AIs are good at clustering data to find similarities, and they are good at classifying things based on prior probability. I’m being a bit facetious here, but there’s a high probability that a classifier will conclude that “that stuff you didn’t look at before is not something you’ll want to look at again later.” Sure, if you update your expert systems’ knowledge-base and you want it to scrub through the entire Big Data all over again, based on the new knowledge, you’ve got all the data in one place. The Big Data proponent will say that there might be interesting previously undetected relationships in the data, which will be revealed, which is true, but it will be a human discovering that relationship and figuring out what it means – and if it’s interesting it’ll be pre-computed on ingestion.

Conversations I’ve had with Big Data proponents get surreal – these subtle interrelationships in the data only appear when all the data are in one place. “But if that’s true, you ought to be able to take a random sub-sample of your data and search for relationships there, where you can do it fast end efficiently, then you’ll know what to pre-compute on ingestion.” Let the AIs search an unbiased subset of the data and if the interesting relationships are there, the AI will find them. There are Big Data success stories, of course, but they’re mostly organizations that didn’t have any useful business data collection at all until they put the Big Data in place and discovered a bunch of stuff that they would have known already if they had only gone to the trouble to look for it. “See? Big Data is a huge win!” say the Big Data salesmen.

The AIs are trawling through the data using prior probabilities to bring things to people’s attention because of textual/keyword resemblances to other things that were interesting. It’s a step forward but it’s hardly ground-breaking.

Data Lakes are this year’s thing. A Data Lake appears to be: stick all your data at ${cloud service provider} and there will be indexers and classifiers and search engines and they will allow you to find your stuff again! Note that: you already had the stuff. Then you threw it in the Data Lake and it sank without a trace into everyone else’s stuff. But fear not: you can ask the Data Lake “where is my stuff?” and the Lady Of The Lake, her hand clad in the purest shimmering samite, will hold aloft your stuff from the bosom of the Data Lake.

Joking aside, it appears that the premise of the Data Lake is that it will use all the classifiers and rules and keywords in context and figure out what your stuff is. “Oho!” mutters your AI, “that file name ends in .PDF! I’ll mark that as being a PDF file!” So you can ask for “All the PDFs that have been created by marketing” and it will return a list of files! Note that, if your data had been organized to begin with, you could have just looked for PDF files in the marketing area on your storage area network. 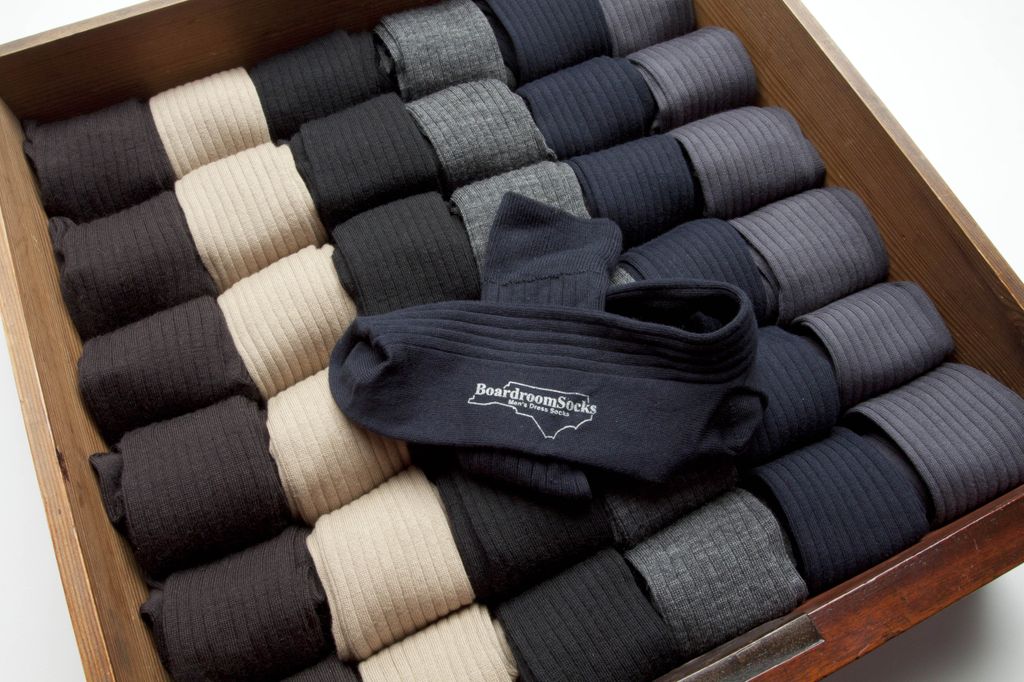 Not an actual human’s sock drawer

I have an idea for a new computing product. It’s call a “Sock Drawer.” It’s where you put all the files that you have and it will organize them for you. Actually, that feature doesn’t work yet; we’ve only got the first part done. For now, you just open the sock drawer, hammer new things in (warning: if you put underwear in, it will become permanently un-findable) and close the drawer. From the outside, it looks very neat. Now, you need more socks.

Joking aside: there is a knowledge problem in computing today. Tremendous amounts of data are collected, but they are not understood. Systems are lashed together in increasingly complex meta-systems, yet the sub-components they depend on are not understood. I have talked to CTOs from FORTUNE500 companies and asked them “what’s on your network” and they unhesitatingly say “I don’t know.” Everything in computing is expanding vastly and rapidly and getting more complex, as well; the point where anyone understood what they are doing was passed back in the mid 1990s. Unfettered growth has been the mandate since then – growth without plan (because you cannot plan if you do not comprehend) – and hackers and governments have been embedding themselves deeply in that reality.

Over the years I have come to see a lot of computer security problems as simply knowledge-management problems. People do not want to go to the extreme length of actually understanding what they have – whether it’s security alerts, firewall events, system errors, software errors, assets under management, data in databases; we have built this massive amount of stuff and nobody knows what any of it is, so they keep trying to fail it upward into something bigger. Throw your Big Data into your Data Lake, let it sink without a trace, and you’ve solved your Big Data deployment failure.

“Unfettered growth has been the mandate” – you know, like a carcinoma.

“A Data Lake appears to be: stick all your data at ${cloud service provider} ” – apparently today’s CTOs have never heard of “lock in”… Oh, and by the way if you’re thinking “this sounds like an idea that was cooked up by cloud storage salespeople” you win a valuable pat on the back from me.