It doesn’t have a bayonet mount, so it’s hardly usable.

Sounds to me like it’s a relatively ordinary backpack (probably made in a foreign country and full of cyber-bugs!) it’s just black. I’m pretty sure that black color is what makes it “assault” worthy. 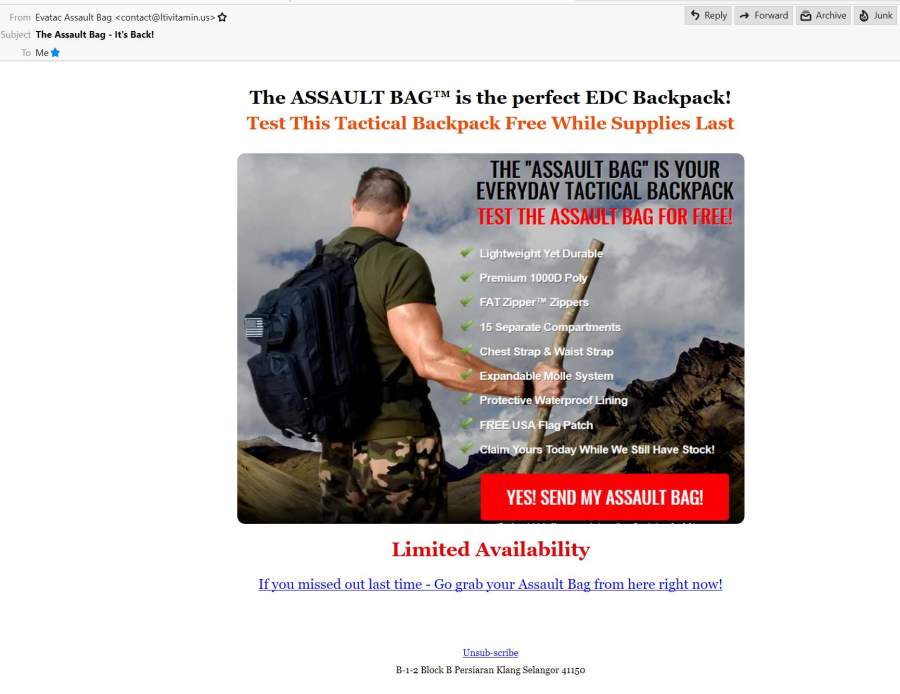 I Like Politicians That Are Funny, Not Stumbling Sociopaths » « Administrivia: Dim Sum