I met Matt Melis at a USENIX around 2005; he did a talk on system reliability engineering that started with “my job is to shoot supersonic bullets at diamonds.”

He headed up the research project that was trying to figure out where the error bars were on the chunk of heat shielding that hit the leading edge of the space shuttle Columbia – was that a freak accident, or was that something that would more or less always happen if the shuttle got hit? It turned out to be a really interesting question that, I now believe (from googling around) pretty much became his career for about 14 years afterward. They were doing things like building cannon that could throw supersonic gobs of ice at $250,000 carbon/carbon space shuttle wing leading edge-pieces. He brought one of the pieces to his talk, and passed it around – it was a large, black, heavy-looking thing of solid reinforced carbon/carbon. If I recall, it’s basically carbon cement around carbon fibers, sort of like the fiberglass reinforcement in a surfboard, except lighter and way more expensive. It was surreally light for something so hard and dense-looking.

His talk was fascinating and it made a lot of us software guys think long and hard about how casually we took for granted the consequences of our code. Real failure analysis, fault analysis and correction are a life and death matter – software is about the only field where “oh, hey, the servers are unreachable” or “the code crashed, let’s push a patch” are accepted practice. Part of the stress we feel in computer security is that feeling of growing up and slowly taking responsibility for understanding outcomes – which we generally don’t. 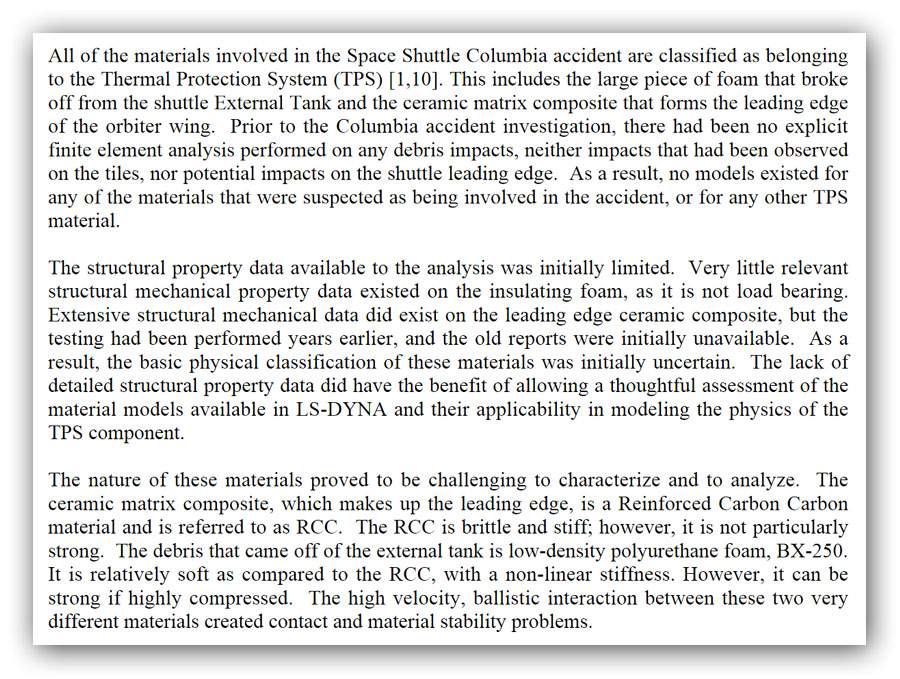 So, a whole model for foam, and how it behaves, under various circumstances needed to be developed. And with most things to do with high speeds, there are all sorts of non-linearities. He showed us some videos of supersonic ice-blocks hitting the wing segment “now, watch – where does it go?” it just disappears – turns in to gas. But it turned out that another piece of carbon/carbon hitting it made a neat hole – very stiff materials hitting very stiff materials makes holes. 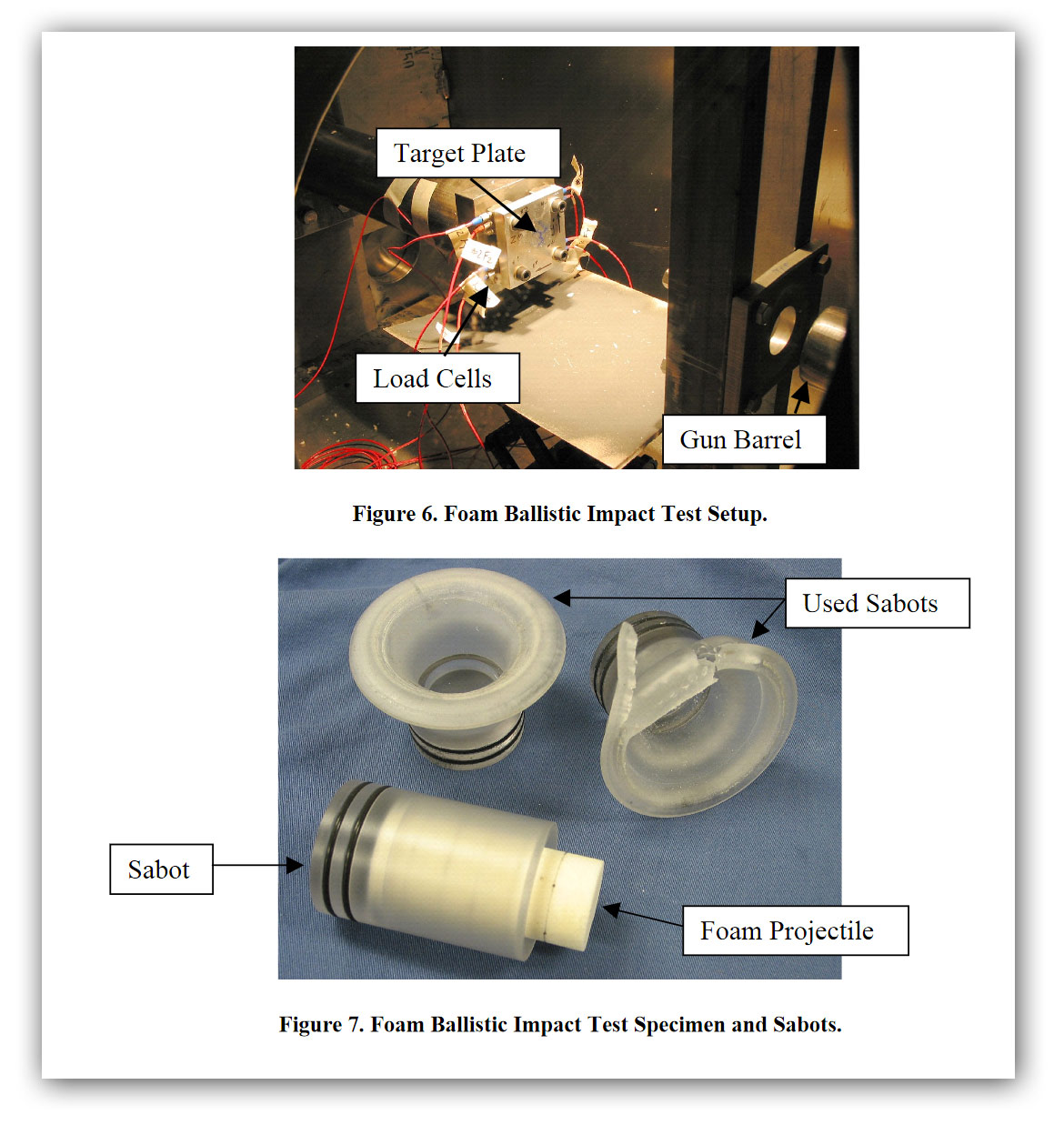 I can’t explain it very well but it was all fascinating stuff. There’s a talk by Melis (basically, the one he gave at USENIX) on youtube, if you like – but that’s not what I’m going to encourage you to watch. [youtube]

He finished by saying that he had access to all kind of footage regarding the launch, and had assembled some of it just because he thought it was cool. And he thought that was a better way to remember the space shuttle. So he played this: [If you are impatient you can jump to 2:40]

I’ve been posting a bit on the “light and fluffy” side because I’m so depressed about what’s going on in the world that it’s hard to get out of bed some mornings. Thinking about the beautiful and interesting things humans do is how I distract myself.

Back in the late 90s I wound up at a dinner party talking to a fellow who was one of the chief photographers for NASA. Now, there’s another pretty amazing job. We had a great big old camera geek-out about the kind of stuff that he did and then he said something that I will never forget: “See, because of my job, I can pretty much go down to the machine-shop guys and ask them for anything and they’ll just nod and schedule it.” It turns out that to get footage like the stuff above, you need specialized camera-boxes that can handle being near 3 million horsepower of energy blasting right near them. They use stuff like machined titanium boxes that completely contain all the gear, which have synthetic sapphire lens-shields, and are bolted to the gantry. From the way he described it, one of the achievements he was most proud of was setting up an 8×10 camera in a bolted-down armored box, perfectly positioned with the exposure calculated just so, and he got an incredible negative of a perfect still of a shuttle going up. It became one of the official pictures that was used in a bunch of places, including being blown up to monster size [you can blow up an 8×10 negative to something ludicrous if you have those kind of resources] We spent a while nerding out over the difficulty of predicting the exposure for a gigantic fire-pluming rocket at dawn, and getting the negative so nothing blows out and he said casually, “well, space shuttle launches all tend to produce the same amount of light, so you get the exposure dialed in pretty well.” All nerdgasms aside, it’s an interesting challenge, photographically – but NASA’s got people who can meet it.

Making America Great, One Shitty Job At A Time » « What to do With a Red-Hot 200-lb Anvil?