Watching industrial processes is a bit of a hobby of mine. I think we often take for granted the level of difficult effort that goes into producing things we more or less take for granted.

That’s not a complaint, by the way; that’s what engineers and builders do and I’m just enough of an existentialist to agree that our meaning is what we do – therefore, I raise a glass sometimes when I discover that some unknown engineer made something better or safer and nobody noticed. Their work mattered and maybe they got some satisfaction from that. For example, I freely admit that I never gave any thought at all to how my anvil was made and how it was quenched and tempered – what, don’t the anvil gods just make them that way? 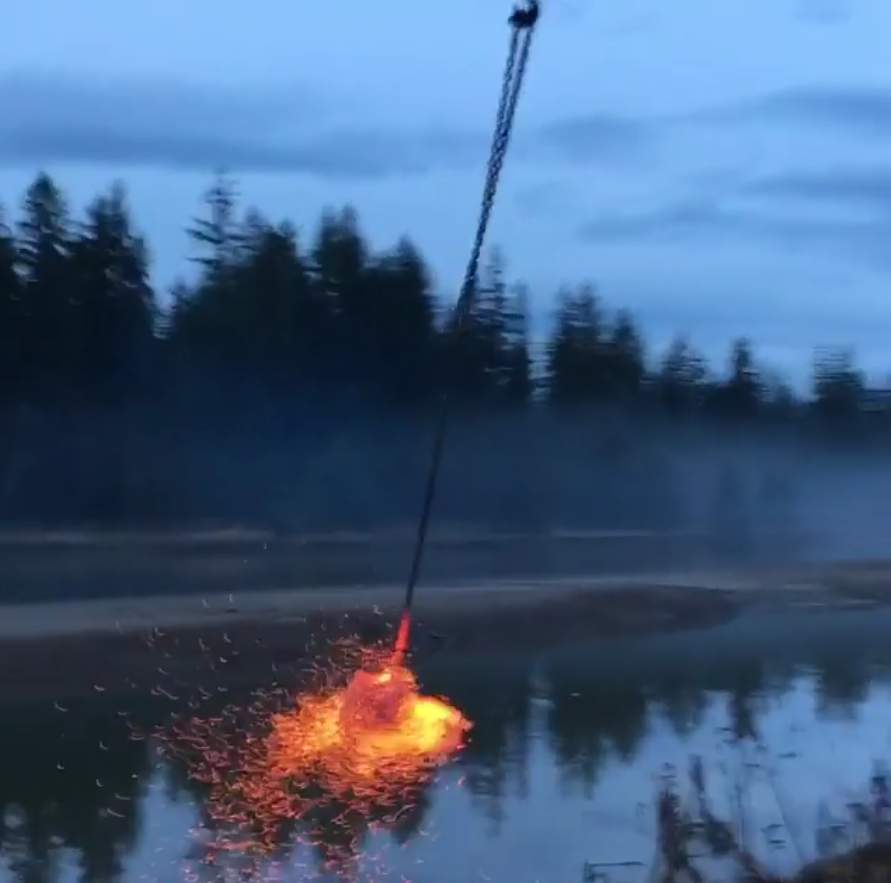 Some little part of my brain keeps screaming that anvil-making is a perfect application for explosive welding. Right? Stack a bunch of wrought iron on top of a substantial amount of high explosive, and then top it with a 3″ thick chunk of S7 into a great big sandwich and blow it up! It’d be heavy; I don’t think it would fly far! And now Hailey’s shown how to heat harden it afterward! And since we’re on the topic, does anyone have any depleted uranium they can spare? I think it’d be hysterical to have a little bitty 3-lb forging hammer; “it only looks like a jeweler’s hammer, that’s actually a +10 Inertially Compensated Linear Impact Generator of Thor.”

A bit about what’s going on here: the DesRosiers’ shop had a fire and a lot of their metal equipment survived by was annealed by slow-cooling after the fire.

I dearly wish I could go back in time to 1900s Pittsburgh with some modern camera gear and shoot footage of them making the great turrets of the battleships, etc. That stuff is largely unrecorded. Did you know that entire battleship turrets were sand-molded and poured? The machines to make the machines were pretty amazing machines!

At an infosec conference, recently, I met one of the security team who works at Newport News shipyard and we were talking about welding. It went kind of like this:
Him: “I see on your blog that you’re learning to weld.”
Me: “Yup! I suck!”
Him: “Wanna come see what real welding looks like?”
That is definitely going to be on my schedule for sometime in 2019. He says they have things like 250 ton presses and cranes that will lift entire segments of ships. I wonder if they have any depleted uranium…