If this was really made in America, that means that someone was employed making it.

This created a job.

Other than that, I’m not sure what to say except “ground-breaking new leap in bad art.” 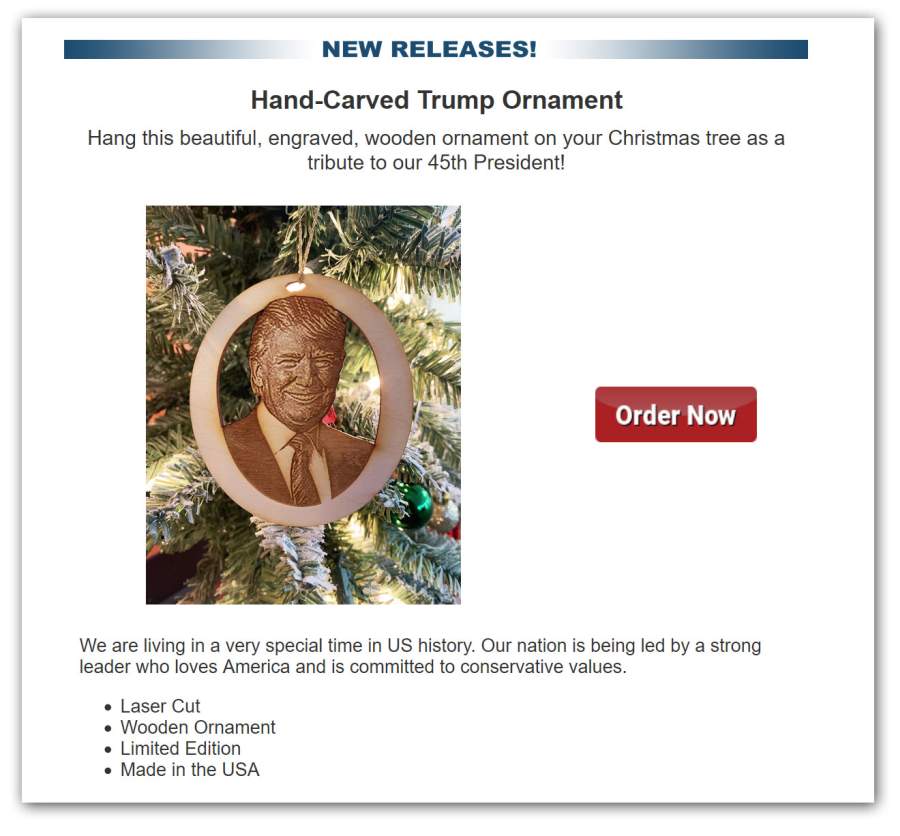 Ostentatious manifestations of love for the dear leader is a sign that there are a lot of authoritarian followers out there, just waiting with baited breath to do what they are told.