This probably isn’t a very effective survival system for a nuclear attack. 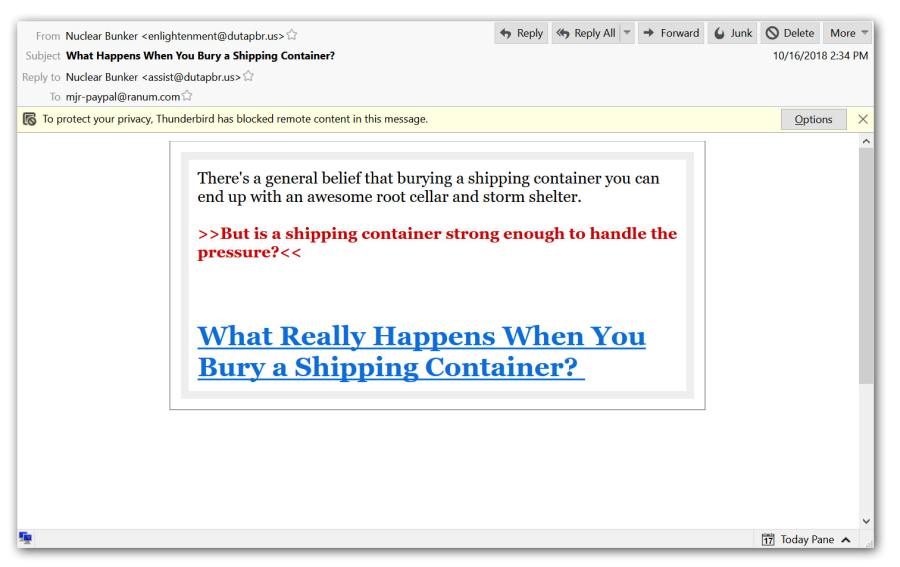 If you bury a shipping container, and get in it during a nuclear attack, it’ll save anyone having to bury you?

In Case You Were Wondering » « Downsides of a Primarily Offensive Strategy