Those hypotheticals about voting machines being insecure? Hand me that tinfoil…

In one forum post a known illicit vendor on October 5, 2018 advertised for sale previously undisclosed tens of millions of 2018 voter registration records for at least 19 US states on a popular English-language speaking hacking forum. The voter records affect citizens of: 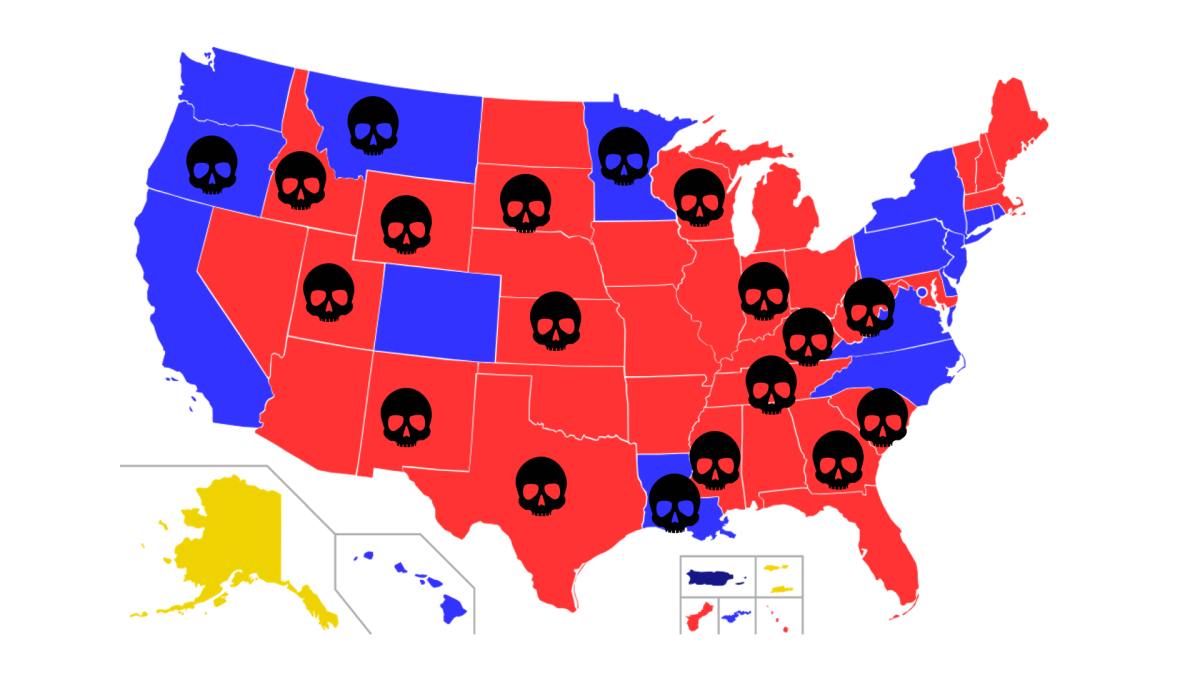 (notice the color of the predominantly leaked states?)

I no longer believe that voters in the US can have any confidence that their votes are being counted accurately. Furthermore, I don’t think that’s an accident – it’s a set-up for stuffing ballot-boxes and the follow-up is that they can decertify the results if the wrong person wins. This is a win/win situation for the states with vulnerable voting systems (which, coincidentally, are mostly Republican or which are closely contested) we can’t even say “something must be done” because the Republican incumbents can say “well, we better not hold that election, then.”

Purportedly, these records contain voter data including full name, phone numbers, physical addresses, voting history, and other unspecified voting data. The sales price for each voter list ranges from $150 USD to $12,500 USD depending on the state. This pricing model could be related to the number of voter records per database listing and/or, to a lesser degree of confidence, to offset the original cost to the illicit vendor.

Several crowdfunded efforts are underway to buy the databases. So far Kansas has been purchased and published. Now they are working on Oregon: 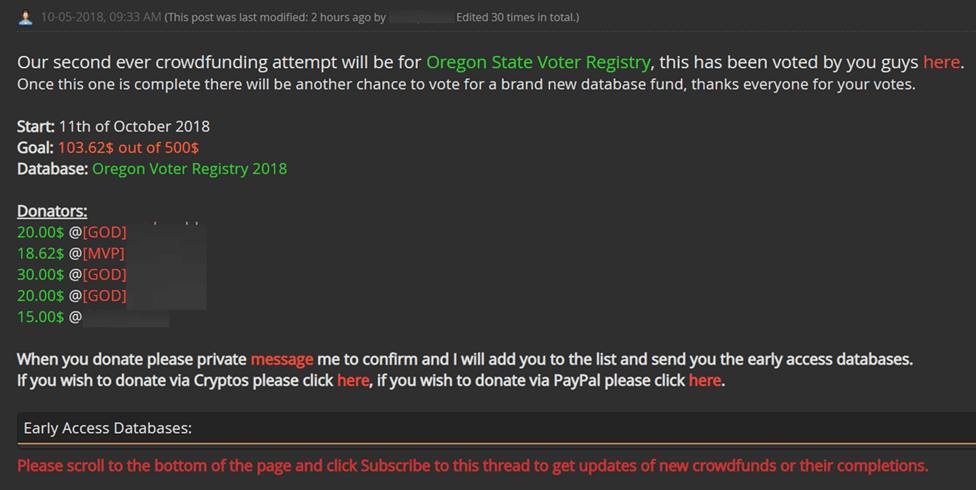 Traditionally, at this juncture, we are supposed to say things about “American Democracy is in Danger” but, remember – I don’t think the US has ever been a democracy. It’s only been a fake democracy since the 15th amendment made some of the states have to adopt a different way of disenfranchising the voters. And, you know which states? How closely does that track the map I produced above?

Ink » « Yeah, But Does it Help Against Global Warming?