This needs a cool name. There’s “The Singularity” – how about “The Feedback Loop” or perhaps “The Oroboros Loop”?

The Feedback Loop, AKA, CASE Oroboros Red, is when the humans are completely forced out of cyberspace by armies of robots chatting to each other. There are two aspects of this that will appear odd: one, the robots will rate-limit themselves to human speeds as they try to make a vague attempt to appear human and not gobble all the bandwidth – two, the robots will talk a great deal about penis enlargement and they have none. Don’t worry, some cyberbro will implement an E-penis and put it on the net, and then robo-dialers will somehow be able to use it. 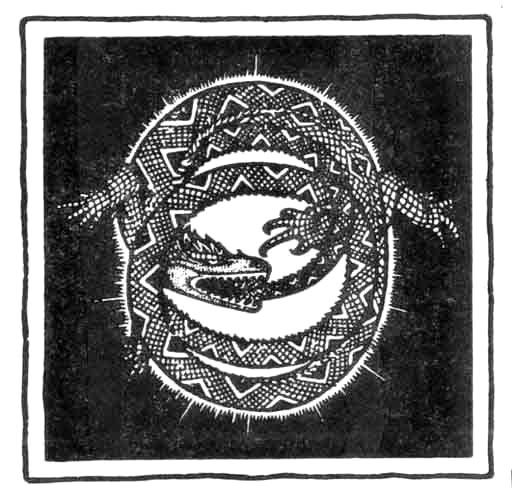 All joking aside, we are getting to the I-don’t-give-a-fuck-ocalypse; the point where it all turns to self-referential garbage that’s not worth paying attention to, anymore. So, you already know that there are search engines, which score sites using complicated algorithms (Artificial Intelligence!) to decide what is interesting or not. The search engines spider the web, assess what’s interesting, and rank it – they also assess humans’ interactions with pages to determine what is interesting. Except, we all know that a significant percentage of “web hits” are robots. In other words, there are vast numbers of sites that are being read by robots. It’s OK. Apparently some of my best friends are robots and they are trustworthy. That’s what they tell me when they call on my telephone.

I imagine there are entire sites (like Twitter) that have no actual users; they’re just robots. And they post comments for other robots, which are programmed to respond. Sometimes the conversation grows heated, but that’s just a byproduct of statistically similar outputs being generated by well-trained commenter-bots.

Do I portray the future too darkly? I think I’m an optimist. It may mean that eventually we can stop playing the game entirely. There is only one problem: the marketers will follow us wherever we go. Every interesting new site, service, game, concept, communications medium – it will eventually fill with nothing but commenter-bots yattering at each other. Because they are infinitely patient, their victory is inevitable: their important message will get through. The only people who will not hear it will be those few who have decided to live without smart phones, internet, social media, constantly shifting to the next new platform as fast as the bots take over the old ones. 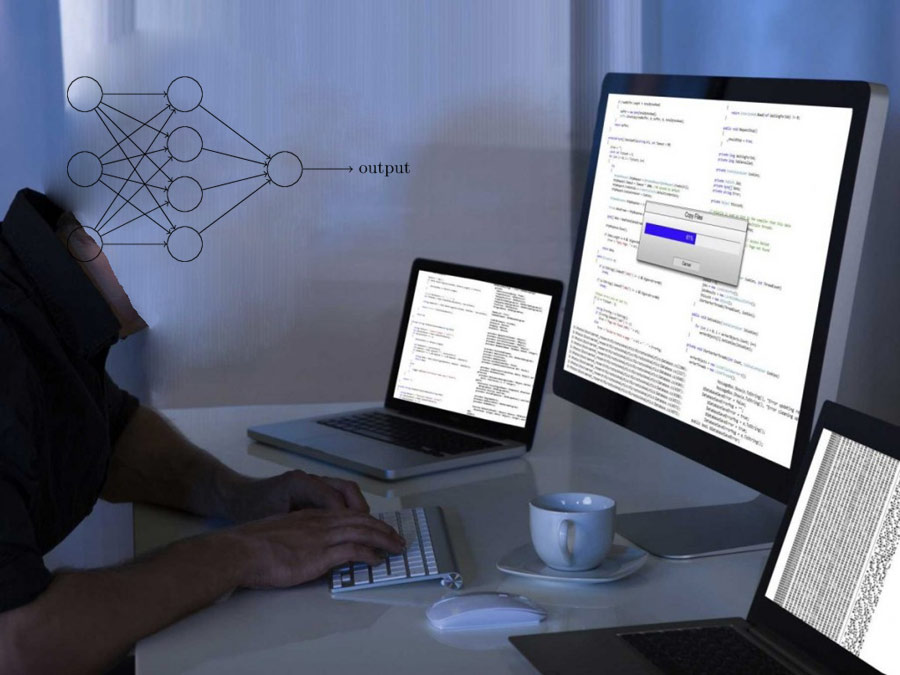 Now, we don’t need web developers to develop pages for robots to scan! We can have a robot web developer! [reg]

I strongly suspect that if you gave the AI a “sketch” that was actually a selfie of your smiling face, it would bash it into a perfectly WordPress-looking website. If you gave it a picture of your cat, it would probably produce another WordPress-looking site. I am absolutely sure that if you just rolled a couple of dice and used them to pick a WordPress style at random, you’d wind up with a better site. In fact, someone needs to implement an “I feel lucky” WordPress style template that randomizes itself every morning.

Microsoft, keen to coax customers toward its AI-oriented Azure services and to flaunt its data-processing prowess, would have web designers trade keyboard for pencil and let clever code interpret designer intent from doodles instead of relying on some app to slavishly respond to explicit commands.

Front-end web jockeys, freed from the burden of applying their expertise, can look forward to the creative satisfaction of quality assurance, a phrase which here means checking the AI’s work.

It might be argued that Sketch2Code lowers the web design bar – not all that high to begin with given the capabilities of existing tools – to admit casual scribblers into creative crowd while decreasing the time from whiteboard reverie to working prototype.

“Once you have drawn these wireframes on a whiteboard, you can take a picture using the web app and then the web app would send that information to the AI service,” said Tara Shankar Jana, senior product manager at Microsoft AI, while evangelizing the tech in a video. “The AI service then runs those images against the prebuilt AI model and then creates an HTML codebase followed by a resulting app.”

I ran that through my AI translator and it said:

“Once you have taken some random pictures of your cat, you can give the picture to a web app, which will send the information the AI service,” said Surly Badger, senior grumpus at Badgeria Brewery, while evangelizing the tech in a video. “The AI service then runs those images against prebuilt AI models of marketing campaigns and produces a complete marketing campaign with collateral. It even calls a publicist with a robo-call center and tries to pitch them an article about the new campaign.”

A publicist is installing a chat-bot that will answer their phone line and interact politely with anything that calls.

The ad campaign that runs resembles something written by Alfred Jarry, but no human ever reads it.

This posting is dedicated to the memory of Authenticity. We hardly knew ye.

By the way, if I had a kid I’d name the poor unfortunate “Authenticity.” I guess we’re all glad I had a urologist take care of that.