Imagine if North Korea decided to boost its economy by renting out nuclear deterrent, “Dictators: keep the US away with Credible Deterrent(tm) warheads! (first strike capability not included)” – with Iran, Nicaragua, and Taiwan being their first customers.

There would be great horking shit-fits in Washington because, in spite of the fact that if it didn’t include a first strike capability, it would reduce the US ability to dominate every diplomatic situation it walks into. That assumption – that the US should be dominant – is built in at every level of the world’s non-proliferation regime. While a credible deterrent might stop the US from attacking or interfering in a country’s elections, so long as there was no first strike capability, it would only serve to decrease the likelihood of major conflict.

Of course it’s hard to build a nuclear arsenal that is purely defensive; there are too many ways to game that, but stick with this as a thought experiment.

Before we go any further let me ask you: do you believe that renting out a nuclear strike capability is a violation of the Non-Proliferation Treaty? 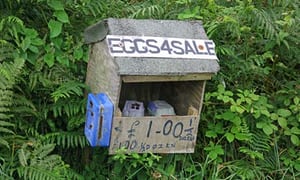 My opinion is that it would be hard to come up with something that was more “proliferation” short of putting spare nukes in a box by the roadside with a sign that reads “free.” Rent (without an option to buy) means that you can drive down the cost of a system by not requiring the customer to pay the full amount – they can just amortize it over time. With this system a dictator wouldn’t need a full-up nuclear program and all that nonsense – all they’d need is a couple hundred million dollars for a Credible Deterrent, and they could immediately join the nuclear club.

Imagine my surprise when I discovered that this is what the US has been doing for decades: renting Perfidious Albion a Credible Deterrent consisting of nuclear-armed Polaris(tm) missiles. When I first stumbled across this tidbit I thought that what was being described was a high level of compatibility between US and UK weapons and delivery systems – but, in fact, the US just flat-out provides the UK with MIRV’d sub-launched nuclear ballistic missiles.

And the US has the epic, highly enriched gall to complain about proliferation. Can we finally drop the pretense? The complaints are that other countries with a credible deterrent are a threat to US global nuclear hegemony. 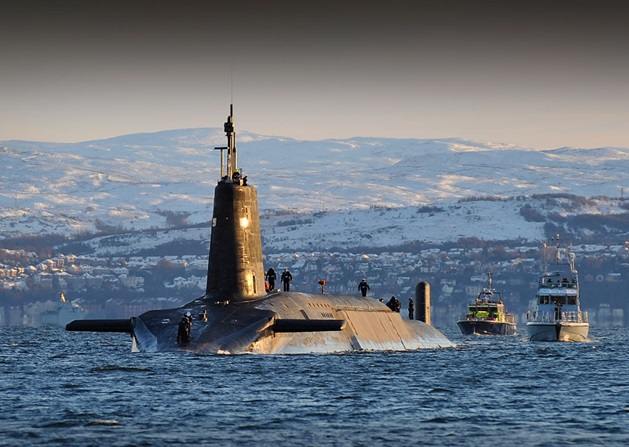 Various discussions we initially encounter in the press, regarding the US/UK Trident program make it sound sort of like that the UK built compatible Polaris-capable submarines, so they could take advantage of US innovations in the field of global carnage. But then when you read closer, it turns out that the ‘launcher modules’ are US-made. The obvious next question is “what about the missiles?” Well, they’re US-made, too. The Guardian is typical of the sort of indirect approach on this issue: they don’t come flat out and mention that the missiles are a turnkey solution, provided by the US [guard] or that the subs periodically have to travel to a military base in Georgia for missile maintenance or upgrades.

It does sound so absurd – the US is constantly complaining about proliferation – and meanwhile it’s running a rent-a-nuke program. [politico] I’d say “this is the kind of hypocrisy we have come to expect in the post-truth world” but it has been going on, quietly, since the 90s. [wik] Even the wikipedia entry is subdued – it describes how the US provided the “Trident system” it doesn’t mention the warheads. There’s a lot of extraneous discussion about the UK’s attempt to build their own delivery systems, and how expensive a failure it turned out to be, before the US stepped up with its rent-a-deterrent.

That’s fairly typical reporting of the arrangement. It sounds like a compatibility deal – very nice. Here’s another description that’s a bit more direct:

In 2006, Parliament’s Select Committee on Defense presented a White Paper to Parliament containing a granular analysis of the Trident program. Although it is now almost a decade old, NATO sources have confirmed that the paper remains the benchmark for non-classified information on Britain’s nuclear weapons, as very little has changed since. And it lays bare the extent of the UK’s nuclear reliance on America.

The report makes for striking reading. The UK does not even own its Trident missiles, but rather leases them from the United States. British subs must regularly visit the US Navy’s base at King’s Bay, Georgia, for maintenance or re-arming. And since Britain has no test site of its own, it tries out its weapons under US supervision at Cape Canaveral, off the Florida coast.

A huge amount of key Trident technology – including the neutron generators, warheads, gas reservoirs, missile body shells, guidance systems, GPS, targeting software, gravitational information and navigation systems – is provided directly by Washington, and much of the technology that Britain produces itself is taken from US designs (the four UK Trident submarines themselves are copies of America’s Ohio-class Trident submersibles).

Let that sink in, and keep it in your back pocket the next time some American starts complaining about proliferation.

Elon Musk could afford to lease a Credible Deterrent(tm)

Everyone, basically, who matters, (including Putin) knows that this has been going on. It’s necessary to downplay it in order to maintain the lie that non-proliferation is not simply a cover for hegemony. The whole “non-proliferation” dance we are treated to is simply a cover for a much uglier reality: the US is trying to maintain its near-monopoly on global catastrophe.