In the Year of The Pig [wc] was one of the first feature-length documentaries attempting to reveal the foolishness and corruption of the Vietnam War.

It’s brilliant, and disturbing, and a bit disorienting – which is entirely appropriate and is clearly deliberate. The sound helps make it disorienting: the audio is frequently manipulated clips of the sound of war machines, helicopters, jet engines, explosions, machine guns. The story is mostly told through the voices of the people who were there, mostly Americans but some French, and they are revealed to be ignorant, or liars, or both. The footage juxtaposes – you’ve got some stuffed-shirt American talking about how the Vietnamese are supplying the Vietcong – intercut with footage of a desperate farmer trying to save the rice crop that Americans just threw incendiary grenades on.

There are some very disturbing bits of footage; it’s important to see the real damage war does to people’s lives.

The full viciousness and racism of America is on display and it’s breath-taking: 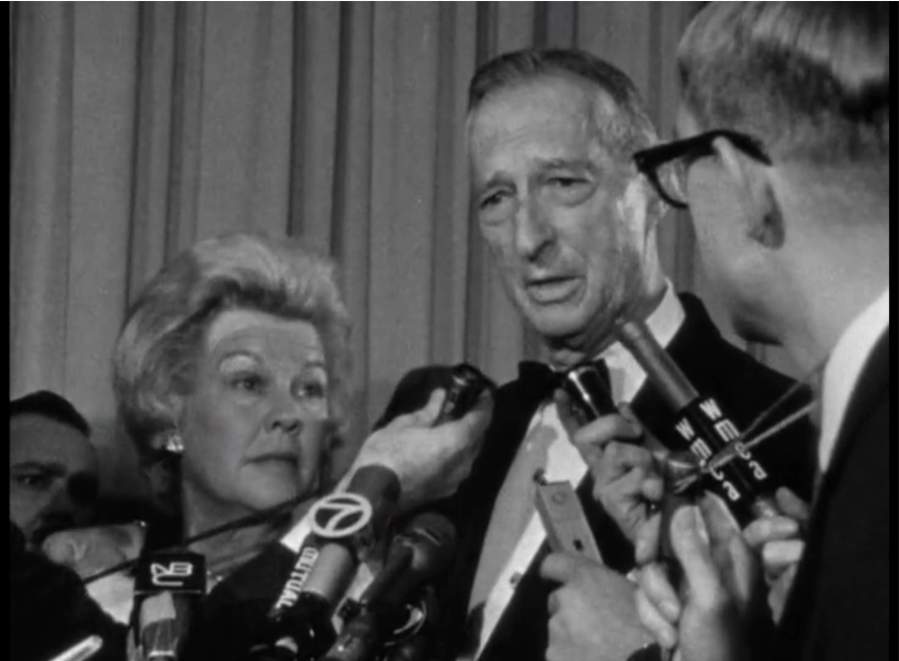 (@55:00) I don’t think it is necessary to have an invasion of North Vietnam. It would be just exactly what the enemy wants: he’d like us to put down 100,000 men in the field, and they’d put down 100,000 men – they’re willing to lose half of theirs and ours is a precious commodity – and I wouldn’t trade one dead American for fifty dead Chinamen.

We have walk-on appearances by a young and energetic David Halberstam, and others, telling truth to power – truth that goes unheard. The director paints a very clear picture of the time-line of the US involvement in the war – another big lie – with footage of the US bombing Haiphong harbor using massive ship-borne rocket attacks, while claiming a civilian harbor is military.

Remember, the US had 12,000 “advisors” fighting alongside the South Vietnamese military, before the Gulf of Tonkin incident, which provided a rationale for the US to commit 100,000 troops. The director cuts in contemporaneous interviews with people who were saying there were no torpedoes fired at the Maddox and it was all a set-up. Decades later, in The Fog Of War [wc] Robert MacNamara confirms that it was a lie. So, here we have a documentary that was trying to get word out that the US was making a bad decision, the “main stream media” did not report it.

We also have a performance by Curtis Le May, passionately advocating for war crimes of his favorite sort: (bomb everything!) 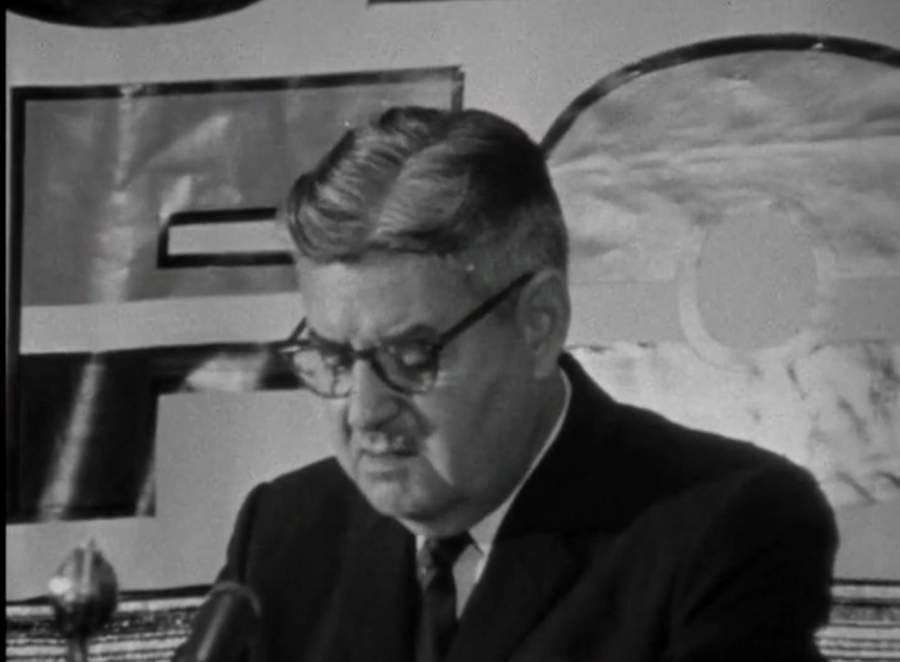 (@54:00) Every American instinct makes us want to jump in with both feet and get an unpleasant job over with as soon as possible. The the traditional oriental patience makes them willing to carry on the struggle into generation after generation if necessary. We’re fighting a war over there with the commodity most precious to us, and held far more cheaply by the enemy: the lives of men.

We must fight the war from our strength, not the enemy’s. We must fight it at least cost to ourselves, and the greatest cost to the enemy. We must change the currency of this game from men to materiel.

The only solution I see is to use our strength – our air and naval power – in the most [stumbles] humane manner possible to destroy North Vietnamese capability to wage war against the free people of South Vietnam.

The director inter-cuts Le May’s bumbling speech with the slick (congressman?) who is saying exactly the same thing – subtly reminding us that these sorts of policy initiatives are formed at the highest level, then socialized downward through the media. Not much has changed, he shows us; the lies are still the same.

(@56:40) The harbor at Haiphong and the entire capacity to receive outside help: close it. [loud applause] The power system that fuels every war-making facility, the transportation system: rail, road, rolling stock, bridges, yards – eliminate them. [less applause] Every factory and every industrial installation beginning with the biggest and the best, and never ending so long as there are two bricks stuck together. [applause]

And, if necessary, the irrigation systems, on which food production largely depends. We must be willing to continue our bombing until we’ve destroyed every work of man in North Vietnam if this is what it takes to win the war.

So, wait, if the problem is that materiel is being brought in through Haiphong Harbor, doesn’t that mean that there isn’t a domestic military industry? Never mind. We know Curtis Le May doesn’t care; he’s just making the case for flattening civilian targets, like he did in Germany, and North Korea.

It’s a damning documentary, which is the only kind that can be made about the Vietnam War. Importantly, it maintains focus on the political level of events, and doesn’t get into the weeds of the various attacks and massacres. It’s an antidote for the glib, slick, surface treatments of the Vietnam War that we’ve been getting now that the Pentagon has decided that we need to be propagandized into believing that was another good war.

There is an 80s video of the director being interviewed, in one of the “extra clips” – it’s fascinating and thoughtful – well worth a watch. At one point, the interviewer challenges the director by asking whether or not he’s constructing a view of the war, based on what he chooses to put in or take out (basically, the issue Howard Zinn speaks about [stderr]) no matter what pieces of history you pick up and examine, you take sides based on what you put in or take out. In the 1960s, when the press did not report that the war was going badly, and was one big war crime, and that US troops were being committed before the Tonkin Incident – the media helped build a monster that they then became desperate to destroy.

Bombing bridges, non-military factories, and a harbor that largely carries supplies for non-combatants: war crimes. Le May is probably referring to what became Operation Linebacker, a great air-raid against the economic infrastructure of North Vietnam. John McCain, “war hero” and US ‘maverick’ politician, participated in that great attack.

I am utterly repelled by the “commodification” of troops in the discussion in which lives are being thrown around. Those are not commodities, they are people. It’s not a game of cards.