There are good lies and bad lies, apparently. It’s bad propaganda when Russians buy ads on social media, but it’s good propaganda when the CIA does. The Soviet Union emitted a lot of propaganda, and Voice of America didn’t.

Meanwhile, the politically naive complain about “post-modernism” and how everyone acts as though the truth is relative. Well, what else did you expect? [part 1, stderr]

You’re probably familiar with change.org, a media platform for coordinating citizen campaigns. [co] Is it propaganda? 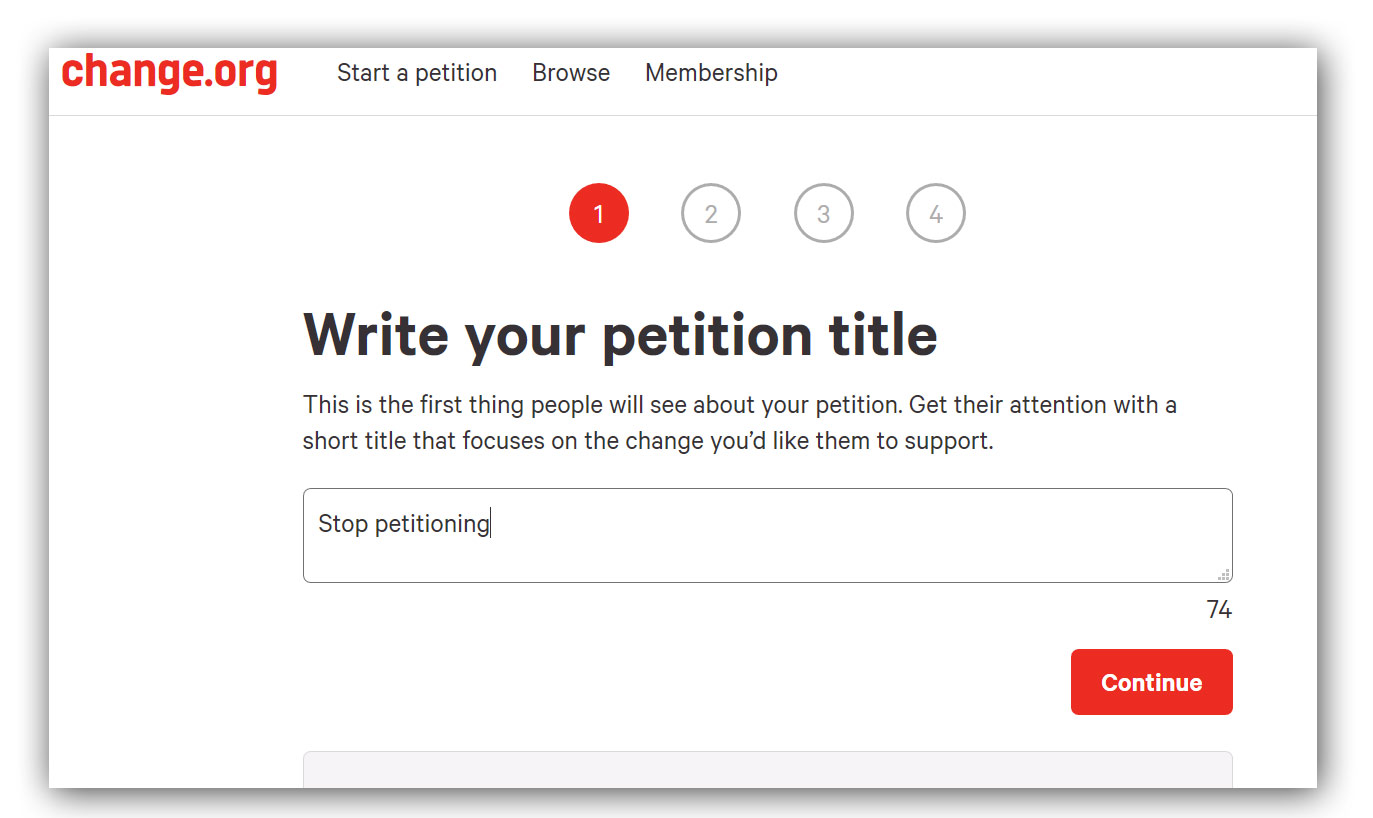 When you click ‘like’ on Facebook or Twitter, or click “send an email” on change.org, have you been influenced by propaganda, or are you simply following your confirmation bias: you found something you already support, so you decided to click your approval. This is the fulcrum around which the entire question of propaganda revolves: to what degree are we creating public opinion rather than merely expressing our existing opinion.

Creating and manipulating public opinion is what the Russians are accused of doing in the 2016 election. One of the tools that we heard a great deal about was their “bot farms” and sockpuppet clouds. Is change.org a sockpuppet cloud? That’s a serious question.

What makes a “bot farm”? Here, it appears that a software layer is being used to harness people into a “meat cloud” of sockpuppets. In a way, I suppose it’s completely ‘legitimate’ since it’s real people. Or, is it? [appstore] Pro-israel propagandists have created an app called Act.Il which coordinates opinion-pushing operations, turning its users into a meat cloud. It’s clever: you’ve got an interface that gamifies political activity – as you carry out your robot-controllers’ orders, you get in-game rewards and achievements. 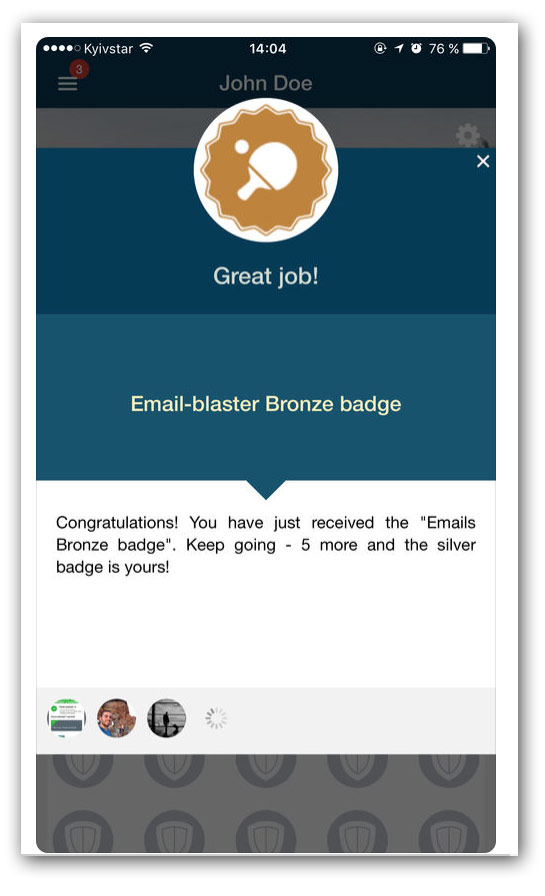 That’s certainly innocent. Because it wasn’t done by Russians.

As a thought-experiment, imagine that this tool had a red and yellow background with a big hammer/sickle logo at the top, and you were getting your “worker’s capitalist critique” badge, by going on Facebook and posting 10 anti-capitalist memes. Would there be general freak-out if someone did that? Probably not, because Apple would not host the app in the app store. But it hosts App.Il. 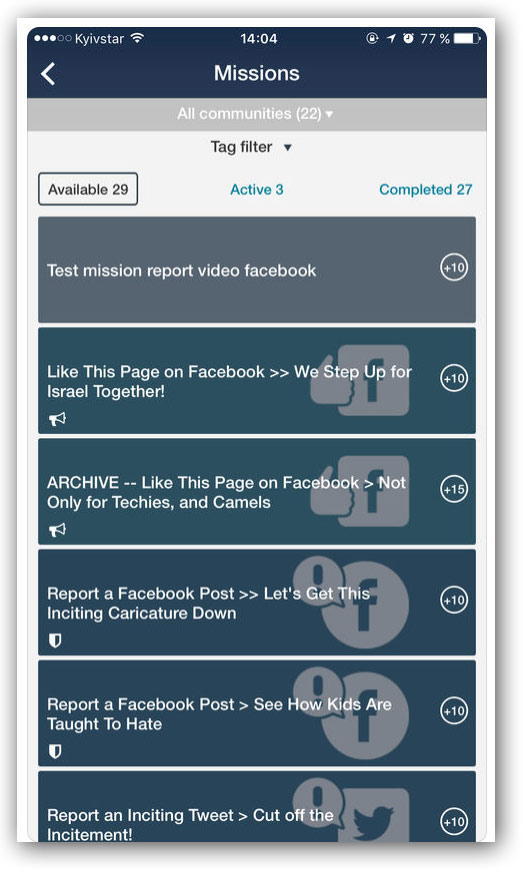 The whole time, you have ‘free will’ and you’re not really being a robot. 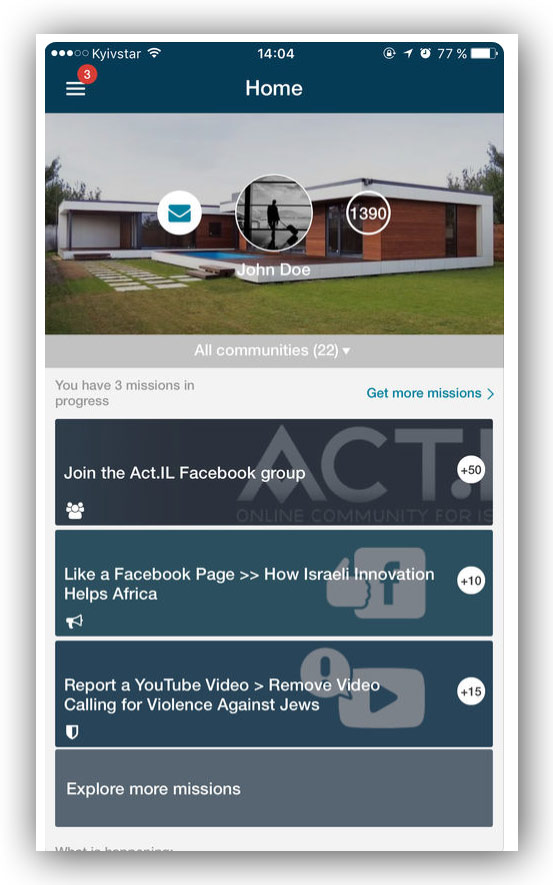 While I was researching this, I couldn’t help thinking that a “SJW” app would probably be pretty cool. Crowd-source 100,000 people to leave critiques whenever Sam Harris makes a bad argument about torture, or have 100,000 comments on youtube ‘correcting’ Jordan Peterson’s definition of ‘cultural marxism’ whenever he uses the term. In a sense, this is an automation tool for the kind of “pharyngulation” that PZ used to trigger when someone posted a stupid online poll. And, that’s exactly what this tool is for: to coordinate (and therefore manipulate) public response.

I’ve just signed up for it; I want to see if I am told to promote a particular agenda, or whether I am to suppress another agenda.

To me, this introduces the question of the motive of the poster/commenter, and that’s why I usually shelter my arguments about ‘authenticity’ in aesthetic terms: I find inauthenticity to be unattractive. I don’t think it can hold in moral terms; I can’t say: I find inauthenticity to be wrong. This manipulation is suspiciously close to lying, because the users of the system are appearing as though they are acting spontaneously, when they are not. Someone who does not know better might mistake a meat cloud for a surge of popular support. That’s important because social media is believed to capture expressions of popular support; that’s what all the marketing people are paying for and that’s what the people at Cambridge Analytica went to all that trouble to steal.

When we analyze propaganda and how it works, we can think of propaganda as an information theory problem; there is a signal, which is public opinion and there is noise, which is all the sockpuppets and meat clouds. In their attempt to shape and use public opinion, marketing and propaganda obscure it. Consider this: what was the impact of Act.Il on Cambridge Analytica’s models? I would say it made them garbage, but they were garbage to begin with because this elusive “public opinion” is illusory.

I was curious enough about Act.Il to sign up for it and see what missions it offered me. It ordered me to report for take-down an image that I thought was rather well-executed, which I had already ‘liked’ on Facebook. 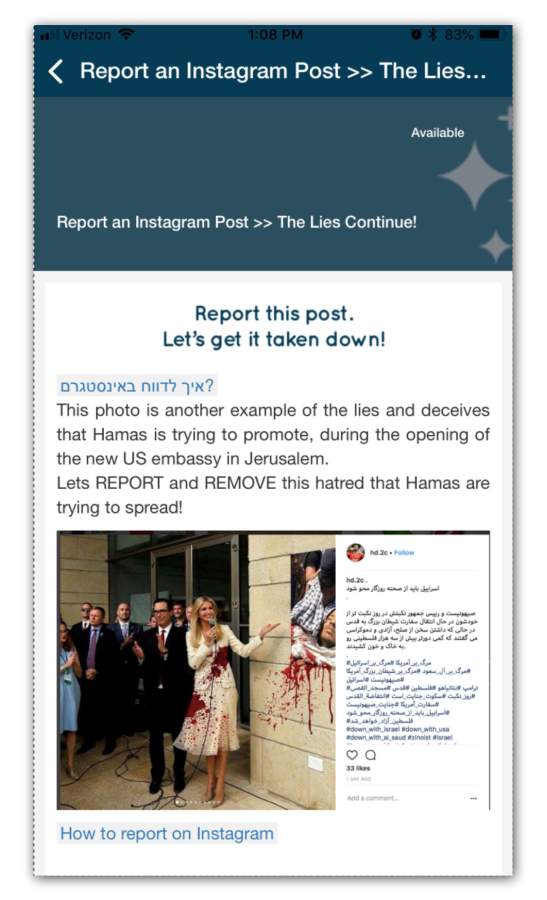 That is another argument against inauthenticity, namely that in order to lie and manipulate, you must first lie to yourself. Propagandists may believe that they are working for a good cause but by choosing lies as their method, are they not tacitly admitting that the truth is not good enough? 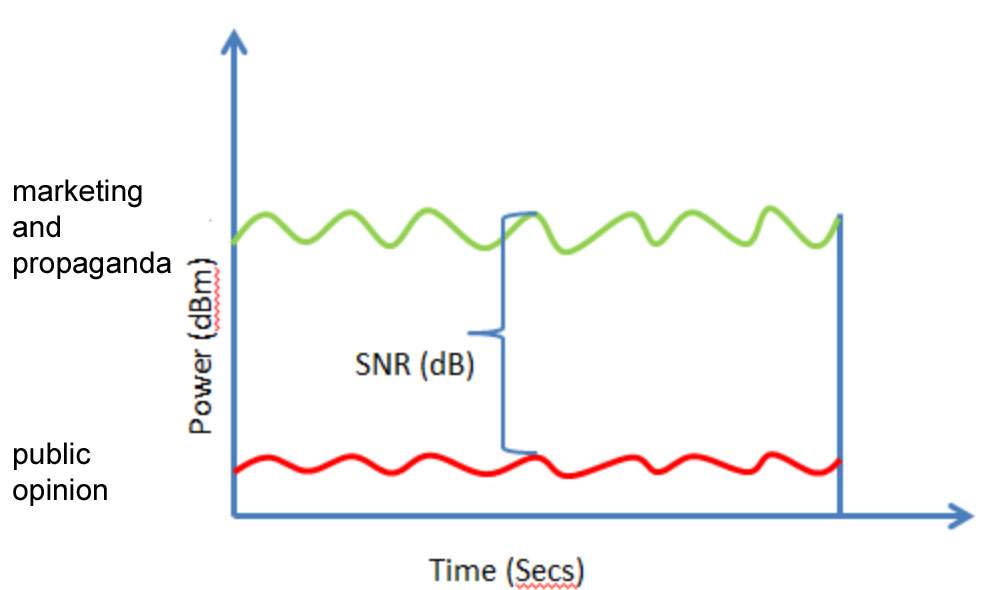 Wouldn’t it be nice if Andre Breton were alive today, and could be contracted to develop a surrealist mission app like act.il? “Today, you are to paint the outline of a raven using the stencil you will find at ${URL} and black spraypaint. Paint it everywhere you can; use at least one spray can worth of paint. To get the gold level achievement, use a case of paint. To get the platinum level achievement, paint it on a cop.”

“I would say it made them garbage, but they were garbage to begin with because this elusive “public opinion” is illusory.” That summarizes my skepticism about a lot of social science studies – there is a signal, and there is noise, and I am not convinced that any amount of statistical manipulation will give sufficiently fine detailed measurement of the signal.

Is Act.Il the kind of technology that Sam Harris fans use? “Alert! HJ Hornbeck made a posting critical of Sam! Here”

The Act.Il app has had some embarrassing security flaws, including one that leaked the email database of all its users. [intercept] It would be interesting indeed if it turned out that there were sockpuppets using a sockpuppeting app; how good is their tradecraft?