By now you know that I align with Howard Zinn, that history is told as much by what we leave out as by what we include. If you accept that viewpoint, you now have a problem: your interpretation of reality depends upon things you don’t know anything about – which makes it pretty problematic if you’re trying to build a sense that you know something about anything. I’m not here to adjudicate whether Howard Zinn was a “post-modernist” or not, but that debate is related. And, in turn, it’s related to the great project of skepticism, which appears to be to destroy epistemology (per Popkin [stderr]) – “why are you so concerned with authenticity?” Well, that’s why. Things that are “inauthentic” are lies and manipulations and, once we see them, we owe ourselves some effort to figure out what those lies serve.

One popular purpose of lies and propaganda is to call your opponent’s viewpoint “lies.” We’re seeing a great government public works project, right now, in which one bunch of liars in Washington, DC, is trying to convince everyone that everything but what they say is a lie. They are, of course, using lies to do it.

I know people who fantasize that they are unaffected by propaganda and marketing because “I just don’t see it” but what they do not understand is the point that Howard Zinn makes: what you don’t see is the history that was omitted in order to produce that picture you also claim you’re not seeing.

We know the US does propaganda, even though it is not supposed to. Doubtless you recall that J. Edgar Hoover, the FBI Director, worked relentlessly to portray “G-men” as pillars of moral rectitude – even if it meant, basically, paying Hollywood to produce propaganda films and television shows that pushed that view (by omitting the FBI’s deplorable history of racism, christian nationalism, and unconstitutional activity). The CIA, likewise. [wik] Right now, the CIA is waging an effective propaganda campaign on Twitter and news media about Gina Haspel’s qualifications. That distant sound of propeller blades is Howard Zinn spinning in his grave.

Right now, we’re on the tail end of a propaganda push to worry us about: Russian Propaganda. The Russians influenced the 2016 election with troll farms and bots and were supposedly more effective than the 2-party duopoly’s billions of dollars spent doing the same thing. But, in order to continue feeding the new red scare, the media is happy to promote the Russian propaganda story because it shifts focus away from their own shameful role in the 2016 election: it’s only now that our history of the time is filled in with information that was available (Stormy Daniels, payoffs, money laundering, influence peddling) it just wasn’t reported on at the time. The propaganda about propaganda tells us that apparently we were supposed to not realize that Donald Trump was a sleazebag until after it was too late, because the newspapers didn’t want to print certain things for fear of lawsuits. That lawsuit angle, by the way, is generally cowardice – truth is an absolute defense even if there is no absolute truth. The reason some things didn’t get printed is because some people took money for their silence, and only changed their mind when they realized that they had seriously under-priced the cost of that silence.

In order to keep us focused on Russian propaganda, the US media is promoting and pushing the story that the Russian propaganda mattered. Oh, sure, it probably did – but about as much as all the other propaganda that was being blasted in our faces, constantly. The Democrats Permanent Select Committee on Intelligence has published an archive of Russian propaganda from Facebook and Twitter. You can download gigabytes of the stuff, if you like, [psci] which, naturally, I did. In other words, I deliberately reached out and ordered an extra-tall frappuccino of propaganda and glucked it down, for you, so that you don’t have to.

This is not scientific sampling – I just grabbed the .ZIP folder, opened it, went into a sub-folder, and clicked a filename. There’s no indication on the file name what the content is.

Wait, politicians are targeting people by race? Their “messaging” is racialized? Those Russians are flat-out evil for doing that, aren’t they? They spent a whole 5 Rubles to get a target-list of black people on Facebook? My mind reels. 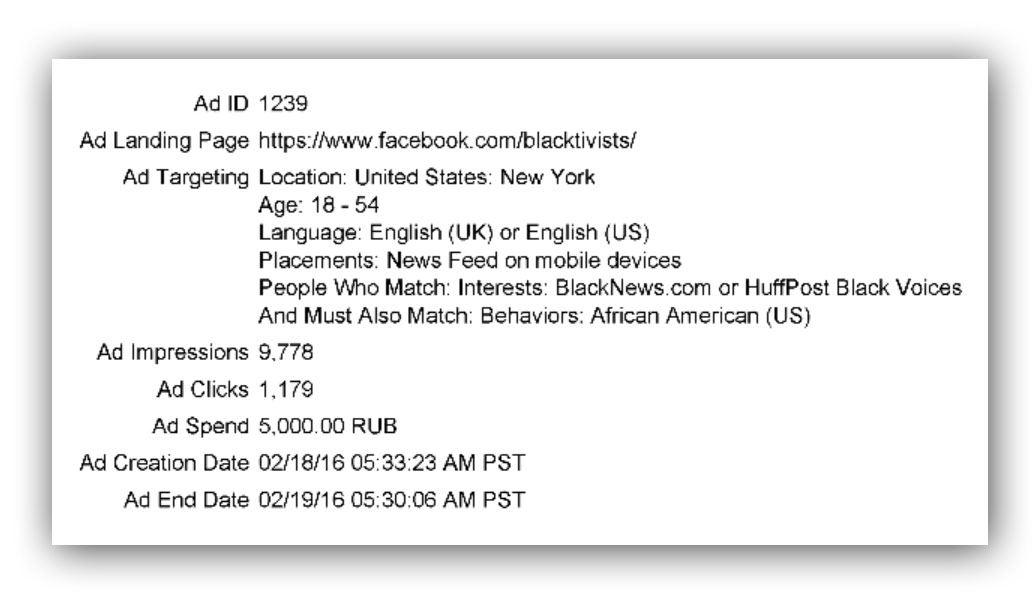 This all looks to me like the kind of thing that moves the needle on an election … not one tiny bit. James Comey’s casual election manipulation with his comments about Hillary Clinton’s email had a much greater effect. Clearly, because Trump supporters were shouting “lock her up!” not: “NOT MY HERITAGE!” 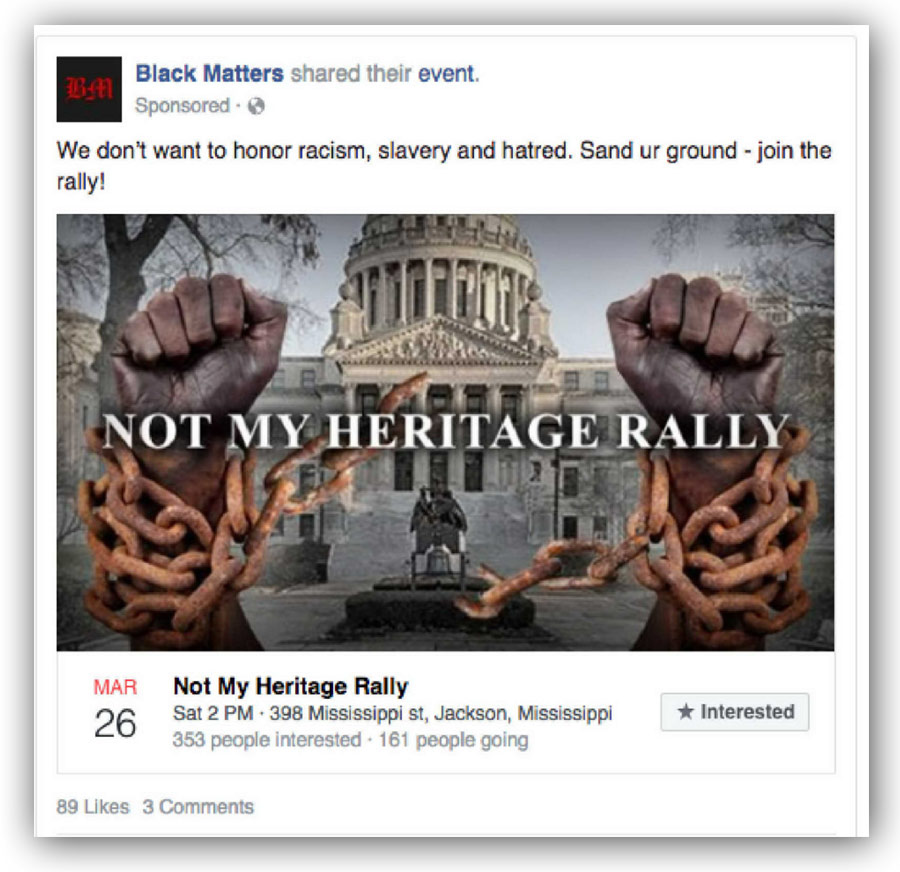 Those post-modernist Russians were pushing anti-racism memes in Mississippi ahead of the election of a racist douchebag that they wanted to put in office – that’s some epic-level backspin, right there.

This is what you’re supposed to be reeling in terror from: 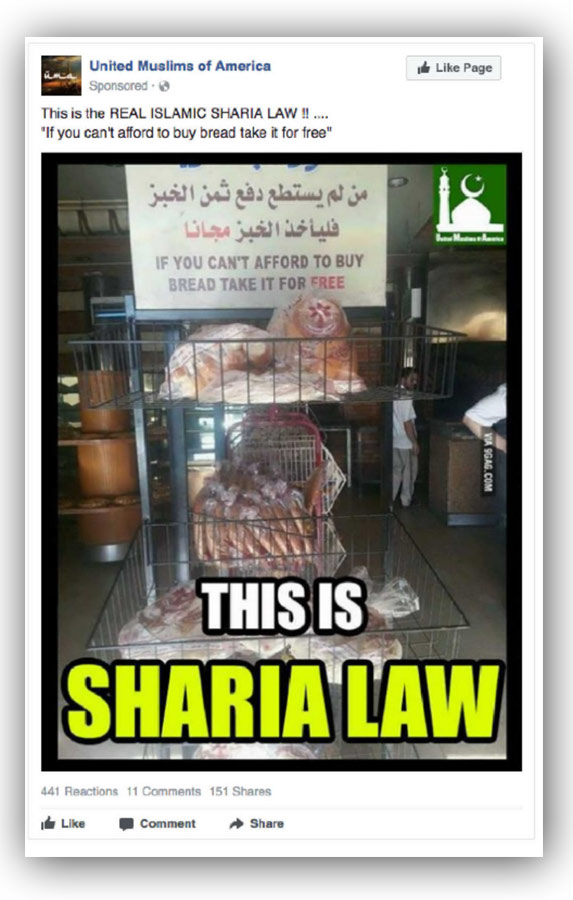 This is what supposedly manipulated people into throwing the election from Hillary, to Trump. The evil Russians trolled American racists, to help whip them into a froth, and do what they were going to do anyway. 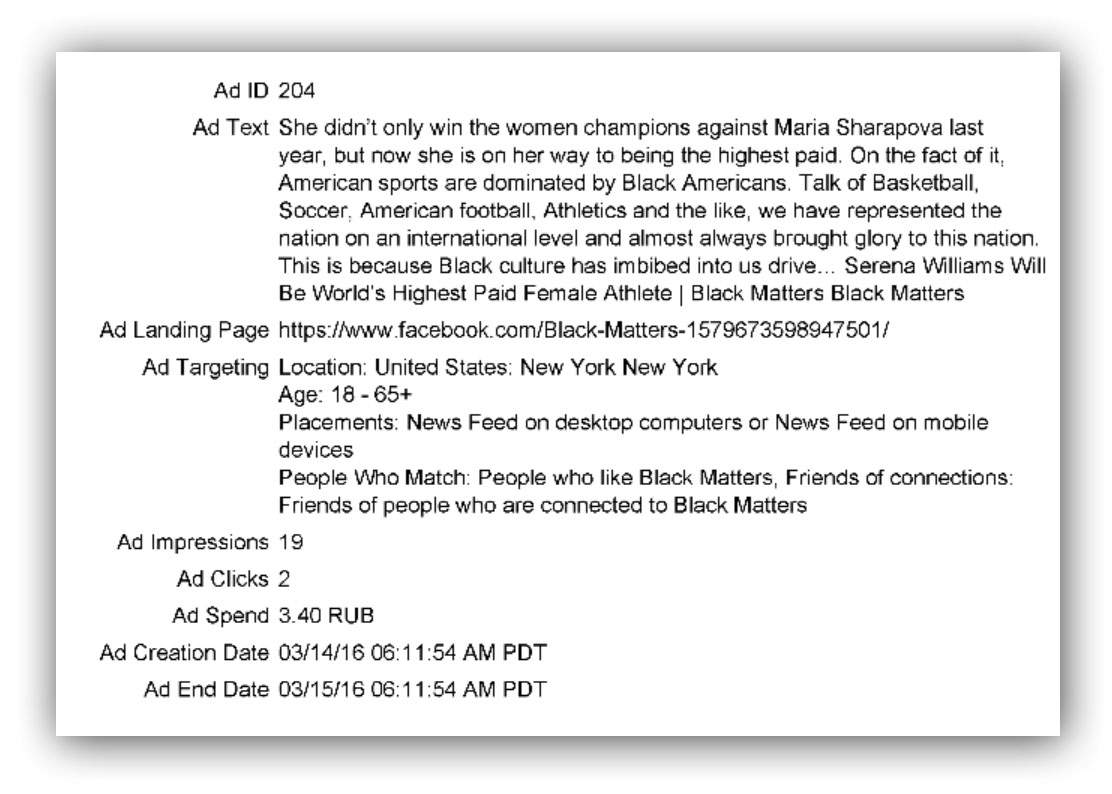 “some people took money for their silence, and only changed their mind when they realized that they had seriously under-priced the cost of that silence” – I find it amusingly symmetrical that Stormy Daniels has decided to scrap her deal with Trump, while Trump is scrapping the US’ deals with Iran and everybody else. It must really suck to think you’ve got a workable agreement going forward, only to find out that your trusted partner is reneging on the arrangement.

Floating In a Sea of Propaganda – part 2 » « Hop On the Upgrade Train!