Years ago, I read Massey’s Dreadnought and the Coming of The Great War [amzn] and one tidbit stuck in my mind: naval blockades are an act of war. Of course, it’s more complicated than that, usually cutting down to the core of the conflict – war supplies or food.

A blockade is a siege, really – it’s just that the attacker builds the wall and mans it, instead of attacking a defended position. It’s aggressive as all hell because it’s relying on the original weapon of mass destruction: hunger. 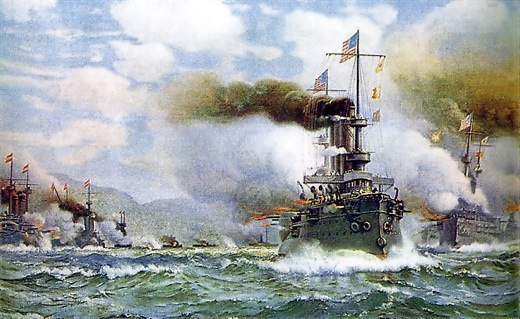 What is a “weapon of mass destruction”? It’s a weapons-system that doesn’t discriminate its targets; that kills combatants and non-combatants alike. It kills women, and children, pets, house-plants – it kills allies and enemy alike; ask Normand Brissette, age 19, who was killed by the nuclear bomb his fellow Americans dropped on Hiroshima. 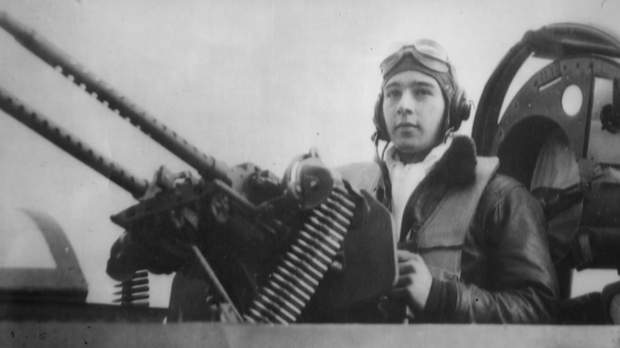 Nuclear weapons are the quintessential weapon of mass destruction because they briefly expose an area to appalling destructive force leaving nothing alive in the blast radius. One of the terror-bombing raids, like the Tokyo firestorm of WWII or the bombing of Dresden, were indiscriminate attacks that achieved mass destruction; many want to dance around that awkward fact – but their purpose was to try to kill everyone in a target zone. Biological warfare is a weapon of mass destruction because of its unpredictable but universal effects: a certain percentage get sick and a certain percentage die. It’s that simple. I’d say that you know you’re dealing with weapons of mass destruction when you switch over to statistics: “50% kill” or “100% kill” are the units of measure. 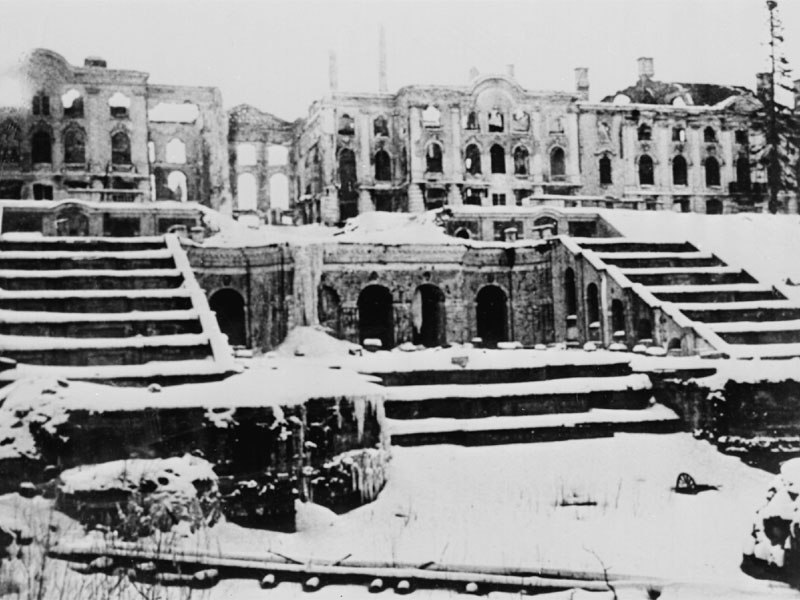 Stalin was right: “A single death is a tragedy; a million deaths is a statistic.”

Hunger is a weapon of mass destruction, too: it affects everyone in the target area more or less equally. If left to its logical conclusion, like at the siege of Leningrad in WW2, you get people eating shoe leather, corpses, cats, dogs, wallpaper paste – whatever can be metabolized. It’s also got statistics: at Leningrad, 30% of the population starved to death. Over the course of 900 days, surrounded by the Germans, 800,000 people died. Another thing about weapons of mass destruction: their effect is so unsparing and ruthless that we compare the weapon not the casualty-count – at Leningrad 10 times as many people died as at Hiroshima; it’s the total statistic that transfixes us: 30% at Leningrad, 20% at Hiroshima.

Right now, as you’re reading this, the United States is engaged in naval blockades of North Korea and Yemen. In both blockades, it’s life-supplies that are being cut: food, energy, medicine. The effect of those blockades is mass destruction – the goal is the disintegration of civil society. The motive is, well, vague mumble mumble politics mumble. I really don’t know why the US is bothering with North Korea except that it feels that its ability to force its will on everyone must be seen to be absolute.

Here’s the crazy part: they sell this idea as “liberation.” The US, right now, is making calculations that sound an awful lot like, “if the North Koreans have a bad harvest, we’ll be able to finally bend them over the negotiating table.” The person they are trying to influence is the sole leader, Kim Jong Un; the target they are using WMD against is the entire population of North Korea. In Yemen, there’s no Kim to point at; it’s just “insurgents” that are probably “backed by Iran” but in order to bend the insurgents over the negotiating table, the US is willing to blockade the entire country and use starvation against the entire civilian population. Meanwhile, the “insurgents” are probably 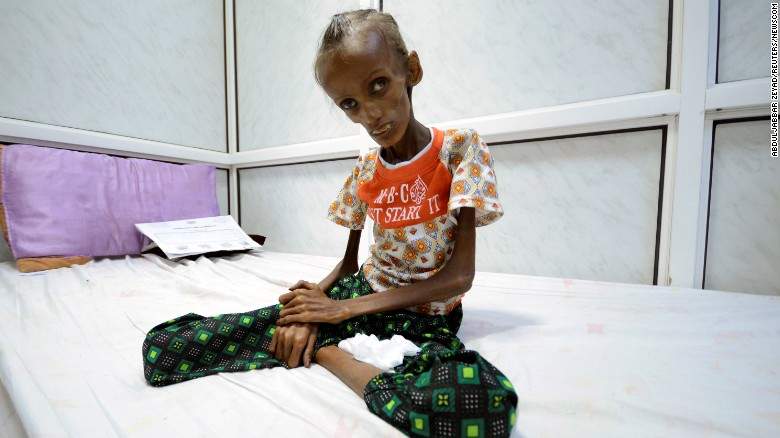 Back in the crusader times cholera was what would bring down the castle. Bad water. Weakened by lack of food. In crusader times a castle might be under siege for years, and would hold out because there wasn’t any alternative.

The US, right now, is talking about “freedom” and being an important player in regulating the world’s politics, and they are using medieval weapons of mass destruction to make their point.

Not even to win a war, or conquer a castle. The US does this just to make a point.

See if you can wrap your brain around this: the US stated position is that we must starve the North Koreans in order to help them.

Saudi Arabia spent unknown millions on a public relations campaign to talk about how they are sending aid to help the poor people in Yemen. [irin]

The charm offensive organised by Pagefield included a short trip to Yemen for select journalists. A recent CNN report shows boxes of aid being unloaded from a truck. They’re labelled “Kingdom of Saudi Arabia” and bear the logo of the King Salman Humanitarian Aid & Relief Centre. Similar scenes can be scene on clips on the YCHO website.

The Saudis are loudly spending billions of dollars on aid, to help the people that they are targeting. If they are concerned with the humanitarian disaster that is happening in Yemen, they could save billions and stop “helping” the Yemenis by dropping high explosive on them.

The UN is there to help too. Because the US is involved, the international community will have to sit on the sidelines and watch. 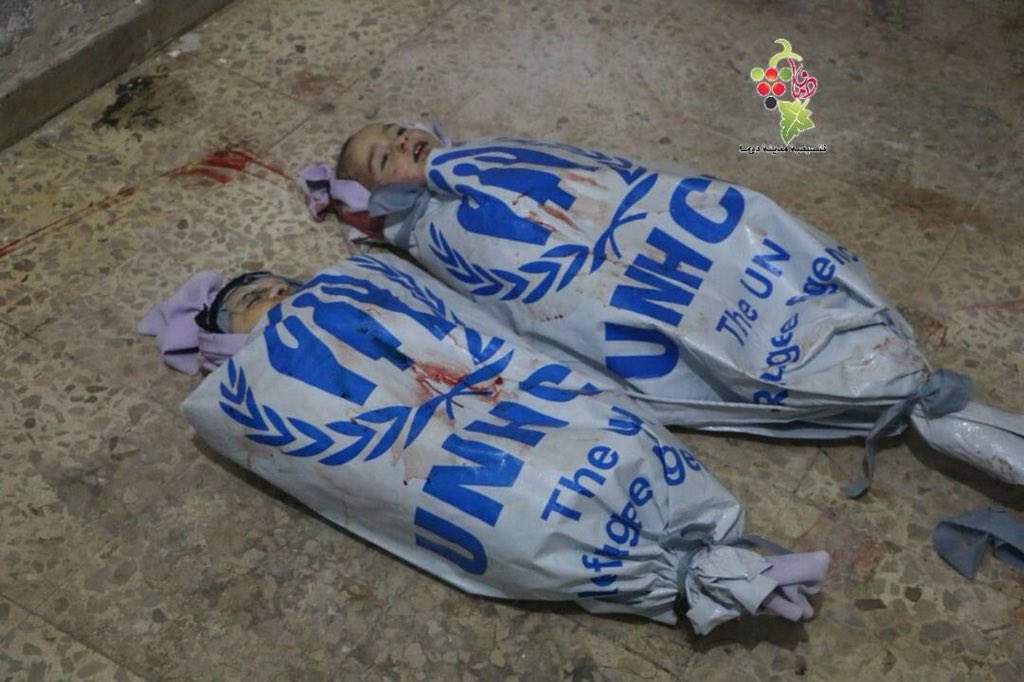 Remember. Weapons of mass destruction. How is this different from using nuclear weapons? It’s slower. That’s all. We cannot distill cruelty into measuring-cups and compare.

America doesn’t notice, it’s too busy watching the capering antics of a hair-piece stuck on top of a glob of chicken manure. He should be in The Hague on trial for crimes against humanity, not under investigation over some stupid corrupt Russian reach-around. He should be seated next to Hillary Clinton and Barack Obama and Bush, Rumsfeld and Cheney; I’m sure they’d find a lot to talk about.

The North Korean propaganda arm is a bit florid, but is basically right: [sky]

“Should the United States and its followers try to enforce the naval blockade against our country, we will see it as an act of war and respond with merciless self-defensive counter-measures as we have warned repeatedly,” said KCNA, citing a foreign ministry spokesman.

Remember, they’re the Bad Guys. And they’re nowhere near as scary as the Good Guys.

Does It Come With Guys in Black Suburbans? » « I Remember Those Days