The New York Public Library’s podcast is excellent and has some really odd, interesting stuff. Yesterday, they dropped a real beauty. 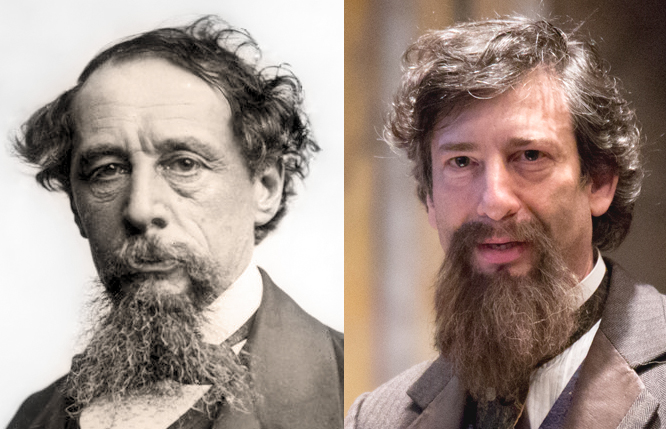 Since I had a 3-hour drive down to my parents’ house, it was the perfect thing to nod off to.

Here’s where to get it: [nypl]

It’s called a prompt copy. It’s a version marked up and annotated for the very purpose of reading the story aloud, and the copy we have is Dickens’ own. Dickens’ performances of his works date to the early 1850s, when he was already quite successful, and lasted up until the final months of his life in 1870. He toured England, Ireland, Scotland, played in Paris, and even brought the show to the States. His last American performance was in New York City, at Steinway Hall, in 1868. Dickens had acted in the theater throughout much of his life, even into his career as a prominent writer, and brought that training and experience to his readings. He’d appear on stage illuminated by gaslamps and would stand at a reading desk he had specially made for his appearances. Though he had the book for reference, it was also said he memorized the work as if acting in the theater. As the notes and stage directions in the prompt copy indicate, Dickens actually acted these stories. One critic wrote at the time that his ability to inhabit each character was, “completely assumed and individualised – as though he was personating it in costume on the stage.” 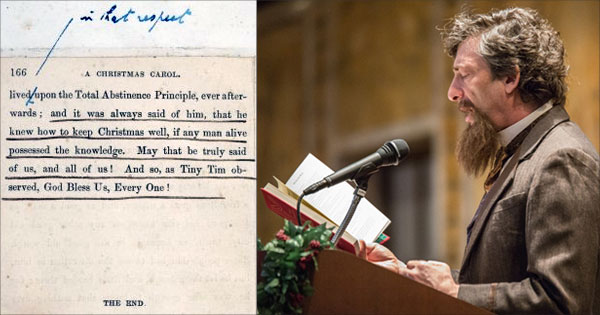 Gaiman kills it. I bet he realized partway through, “uh oh, if I do too good a job of this, they’re going to want me to do this every year.”

Recipe: The Best Caramel Corn Ever » « The War on Christmas: The AI Weigh In