When I was in high school, my best friend, Rachel R., discovered Alfred Jarry. For some time after that, bicycles were “that which rolls” and occasionally there would be cries of “merdre!” 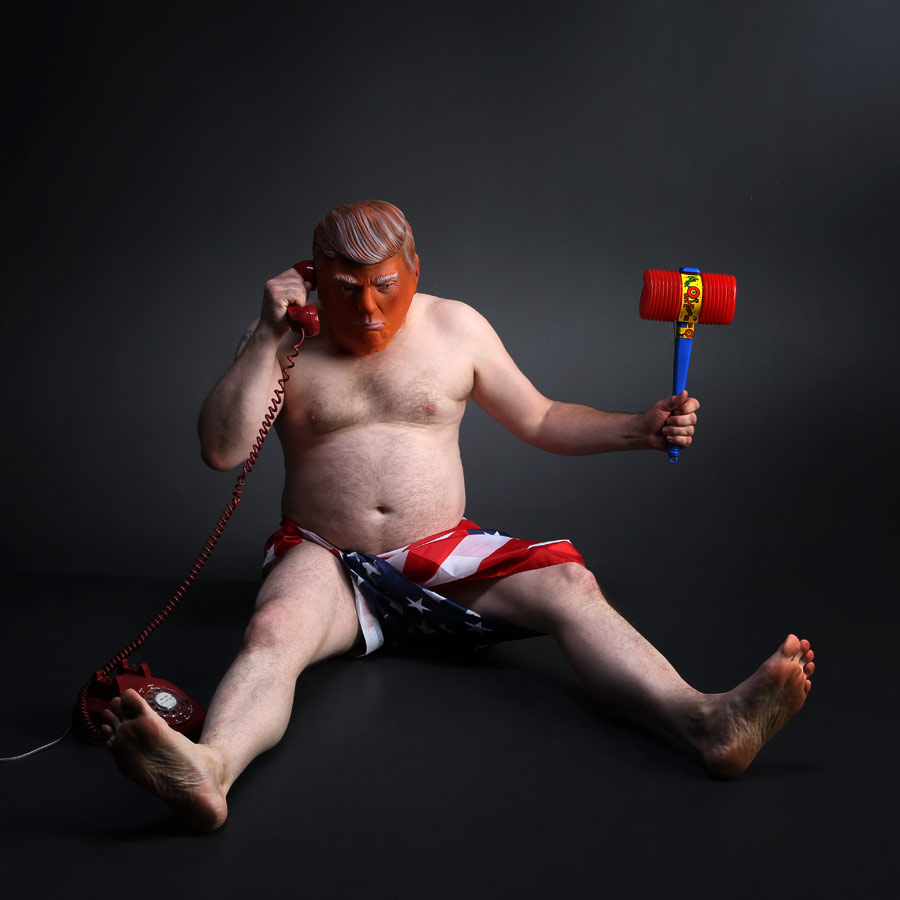 PAPA UBU: Bring the first Noble, and pass me my Noble hook. Those that are condemned to death I’ll put through the trapdoor and they’ll fall into the basement of Pinchpork and then into the room below where their brains will be removed by the debraining machine. (To the 1st Noble .) Who are you, you buffoon?
FIRST NOBLE: Count of Vitepsk.
PAPA UBU: What’s your income?
FIRST NOBLE: Three million rixdales.
PAPA UBU: Condemned! (He grabs the Noble with the hook and puts him down the hole.)
MAMA UBU: What base ferocity!
PAPA UBU: Second Noble, who are you? (The Noble says nothing.) You going to answer, dirt bag?
SECOND NOBLE: Grand Duke of Posen.
PAPA UBU: Excellent! Excellent! That’s all I want to know. Into the hole! Third Noble, who are you? You have a dirty head.

Ubu is, naturally, a familiar character to us all nowadays. I am quite sure that if Jarry were writing it today, Ubu would speak only in “tweets” or something.

“Merdre” is great – the French word for “shit” is “merde” and there is no proper conjugation that yields “merdre” but it sounds sort of imperative. I’ve never heard a good English translation for it, though I believe “covefe” is close.

This shot was done with an overhead strip light and a big octodome to camera right as main lights, and a gridded spotlight on the backdrop. Photoshop was used to clean up dust, and a few things like that; mostly this shot was done in-camera.  I had my laptop controlling my camera so it fired every 5 seconds, then sat in the scene, mentally mapped the angles so I wouldn’t block anything or shade myself with my shadow, and yelled “MERDRE!” and “by my sword of finance!” a while, waving and hammering the squeak hammer. Then I had to take the mask off, find my glasses, go back and check the images on the laptop, go “oops, scrotum escape!” and adjust my USA diaper, then do it again.

I’ve been doing photography with varying degrees of seriousness for almost 30 years. Most of my stuff in the past has been stock or glamour, with some dance when I’m fortunate enough to have a model. So I’m used to photographing people who’d be considered conventionally beautiful – it’s a real challenge for me to put myself in the scene: all I see is an ageing guy who really doesn’t look anything like the fellow that’s behind my eyes (who is still 11 years old, approximately) So, perhaps you may think of my self-portraits as a form of karmic apology for over-emphasizing beauty for so many years. That’s a much more complicated topic I will write about someday, maybe.

Squeak hammers are kind of cool.

Approaching the Horse » « I Did not Know They Do That