A gay man in Oklahoma is suing the Sheriff, Under Sheriff, Mayor, and six other officials of Hitchcock, OK.

There is, naturally, some he said/she said going on, but according to Randy Gamel-Medler, his home was burned down in a “mysterious fire”:

The lawsuit alleges that some Hitchcock residents, including defendants Patsy and Kenny Meier, watched the fire from their lawn chairs nearby.

Despite being a block away from the fire station, Gamel-Medler alleged the department did nothing for an extended period of time. 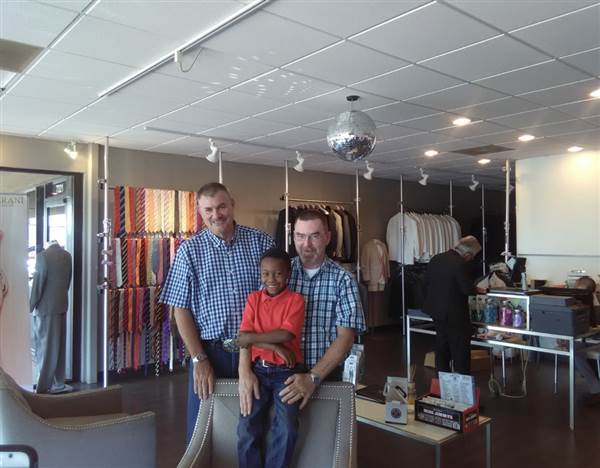 The problem is, that Gamel-Medler is gay and is married and has a black son. Apparently that’s too much for small town Oklahoma to handle.

“Meradith Norris, one of the trustees, had seen him in the yard and asked if he was our son,” Gamel-Medler told NBC News. “She said to me, ‘What are you going to do when your house burns down and we don’t send out the firetrucks?'”

Gamel-Medler also recalled an incident in early May, a few weeks before the fire, where Jonita Pauls Jacks, who is named in the lawsuit, allegedly attempted to enter his car while he was performing his duties on the road as town clerk. When he locked the door, he said Jacks shook his truck and said, “You f—–g queer, I’m going to grab your little boy, rip his n—-r head off and sh-t down his throat.”

Gamel-Medler said he immediately brought the incident to Sheriff Almaguer, who allegedly said Jacks was practicing free speech. “No report, nobody does anything,” Gamel-Medler said.

Small-town America is pretty far from civilization. Sounds like they need some “regime change” out there.

Out here in rural Pennsylvania, the usual passive-aggressive comment is, “I sure hope you don’t have a hunting accident.”