Last weekend my friend in Pittsburgh and I went to visit the Phipps Conservatory.

Pittsburgh’s a great town, with lots of cool museums and galleries (home to the Andy Warhol gallery, Carnegie Museum, Phipps Conservatory, Frick Art Collection, etc.) also there’s way too much great food to be found there, according to my expanding waist-line.

Conservatories, for me, are one of the perfect storms of hobby: you have a place that is to be filled with plants and gardens, then you give artists, planters, and gardeners a chance to go completely off the hook with gardening and planting and art – and then people like us get to walk around in it and go “OO!”

This year the Phipps has found a pretty amazing glass artist who does gorgeous things that fit in with the plants. 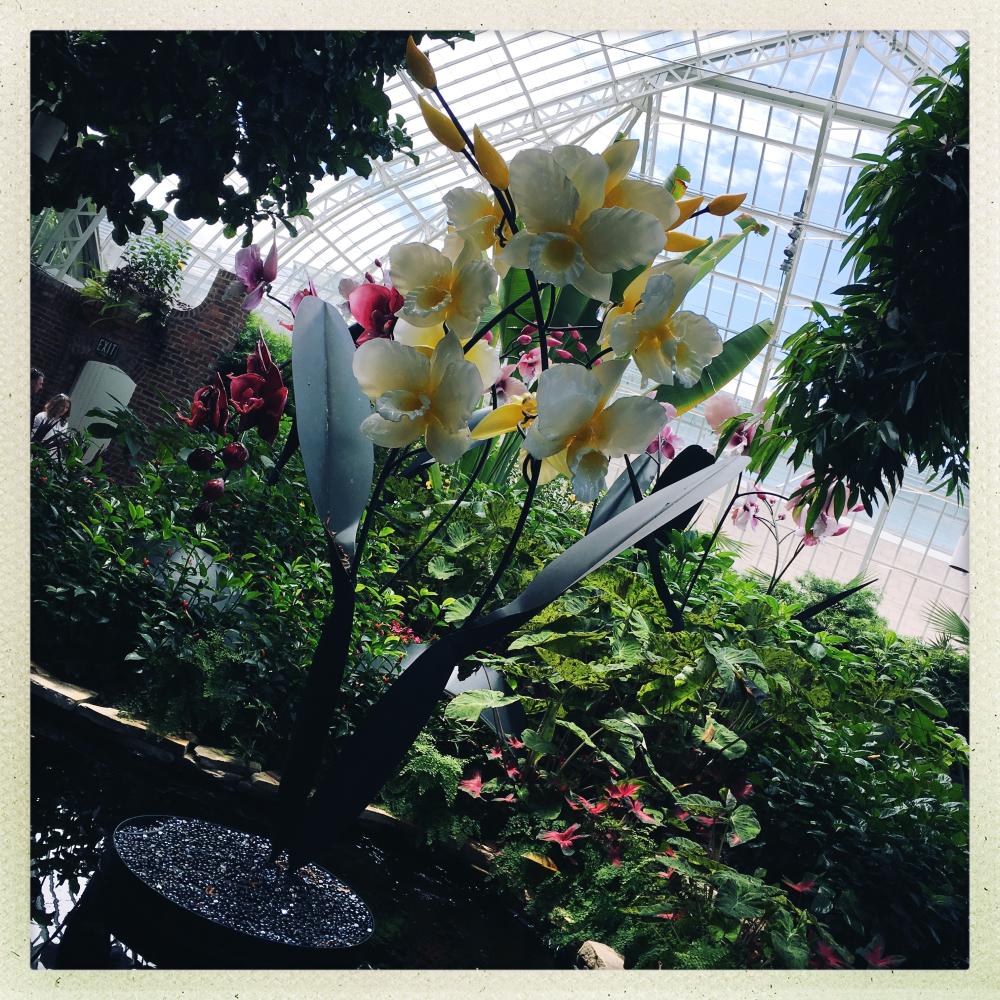 I kept asking the staff “can you tell me how much that weighs?” but didn’t get a good answer.

That day I was in “wandering about” mode not in “photoreconnaissance mode” so I was just snapping stuff with my iPhone – my pictures don’t do his work justice. It’s cool as hell to come wandering around a corner and there’s a giant glass venus fly trap 9 feet tall, ready to grab and dissolve your head. 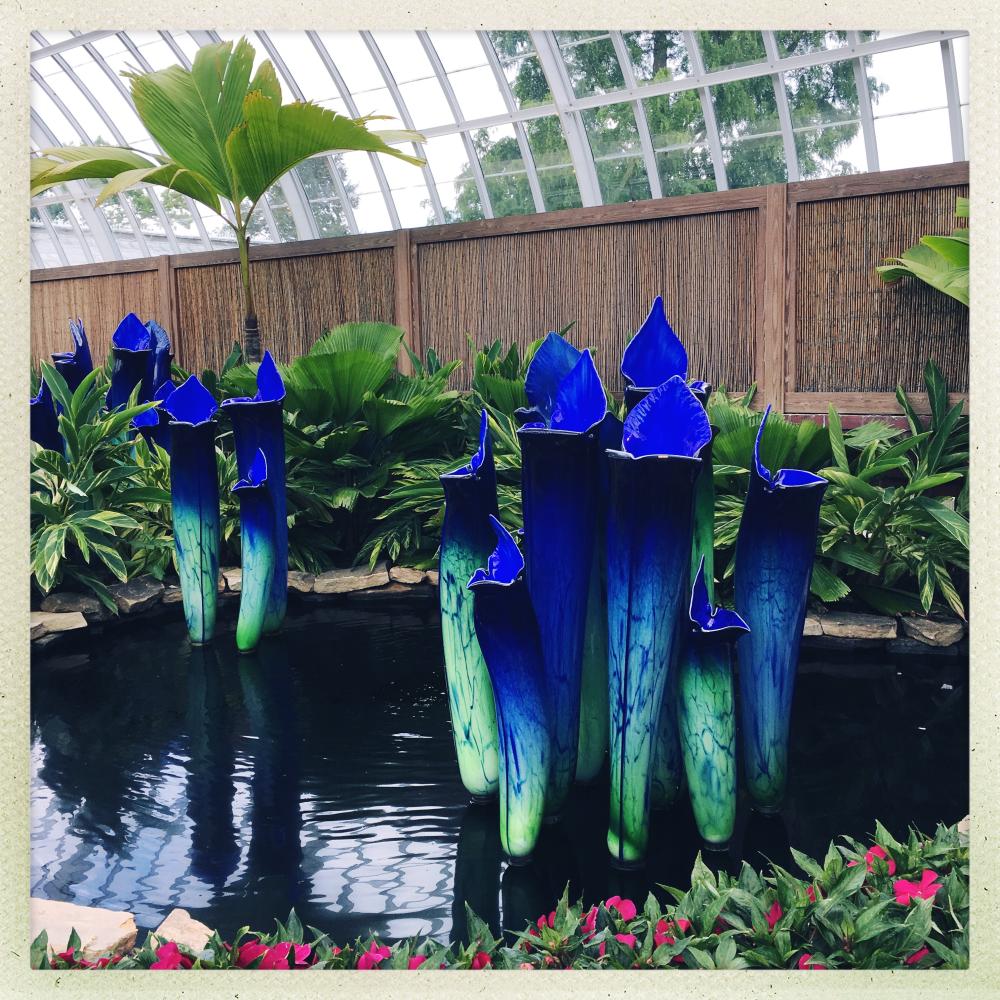 Those pitcher plants are solid glass. They’re about 4′ tall and a foot across, and the glass is pretty thick – 1/4″ to 1/2″ in spots. I’d be surprised if they weigh less than 30lb each. That’s a lot of weight to be hauling around with tongs while it’s red hot! When I see something like that, my imagination immediately jumps to the process involved: was that rolled out on a giant hot plate? Was the glass somehow snipped into shape in a pattern, then formed and curled around something? Presumably the artist had to spend a great deal of time figuring out the right combinations of frit and pigment to get that real-yet-surreal look. Did he dance with joy around his studio when the Phipps called him? Or did he play it cool and do the dancing after he got off the phone?

Old victorian conservatories are one of my many favorite things, ever since I read Henry Petroski’s To Engineer is Human and the section on the Crystal Palace and Paxton’s invention of modular truss-and-glass buildings. There is a small conservatory in Baltimore that I used to visit every year (because the humidity makes my sinuses happy) and I always daydreamed that if I were a Carnegie or a Frick I’d have a conservatory attached to the back of my house with a big jungle and a waterfall and a library and a great big armchair and samovar by the waterfall. Plug me in, hook me up, and I’d never move again.

Lately, I have been reading Meet You In Hell – an account of the great war between Carnegie and Frick, two of the industrial giants who shaped America. I plan to, eventually, write a review of that book (probably tied to some stuff about Marx and Veblen) when I’m not completely overcome with despair and rage whenever I read it. One of The Commentariat(tm) also recommended I read The Whiskey Rebellion, which I have been tracking in parallel – interestingly (I did not know!) a lot of the action there is also set around Fort Pitt, AKA Pittsburgh. It’s weird to read how what later came to be called Homestead was a sand-bar in revolutionary times, that still had rotting bodies from the wars drying in the sun – it wasn’t until a hundred years later, or so, that thanks to Frick Homestead had burning strike-workers drying in the sun. The Carnegies, Fricks, Phippses, etc, created great endowments that still bear their name and make wealthy parts of Pittsburgh beautiful for the wealthy and middle class of Pittsburgh. Mild spoiler: when Frick died, someone said “the closest he ever got to a blast furnace was when he died and went through the door to hell.” They were being nice.